In his final address to the United Nations COP26 summit in Glasgow, Prime Minister Scott Morrison laid the challenge of combating climate change at the feet of the world’s scientists, engineers and entrepreneurs.

Mr Morrison spruiked Australia’s new commitment to net zero by 2050 and said the country’s emissions would fall 35 per cent by 2030.

READ MORE: World strapped to a ‘doomsday device’ and only climate action can save it

But while he said the nation’s commitment “notes” the predicted drop, Mr Morrison did not update an official target of a 26 to 28 per cent drop from 2005 levels, a figure significantly out of step with many of the world’s richest nations.

Scientists consider ambitious 2030 targets essential to giving the world a chance of staving off devastating global warming of more than 1.5 degrees. They’re a key focus of the 26th Conference of the Parties taking place this week in Glasgow.

UK Prime Minister Boris Johnson, who had urged the world to halve emissions by 2030, opened the conference with a dire warning that the world was strapped to a “doomsday device” that could only be deactivated with fast and ambitious climate change action.

“Humanity has long since run down the clock on climate change,” he said.

“It’s one minute to midnight on that doomsday clock and we need to act now.” 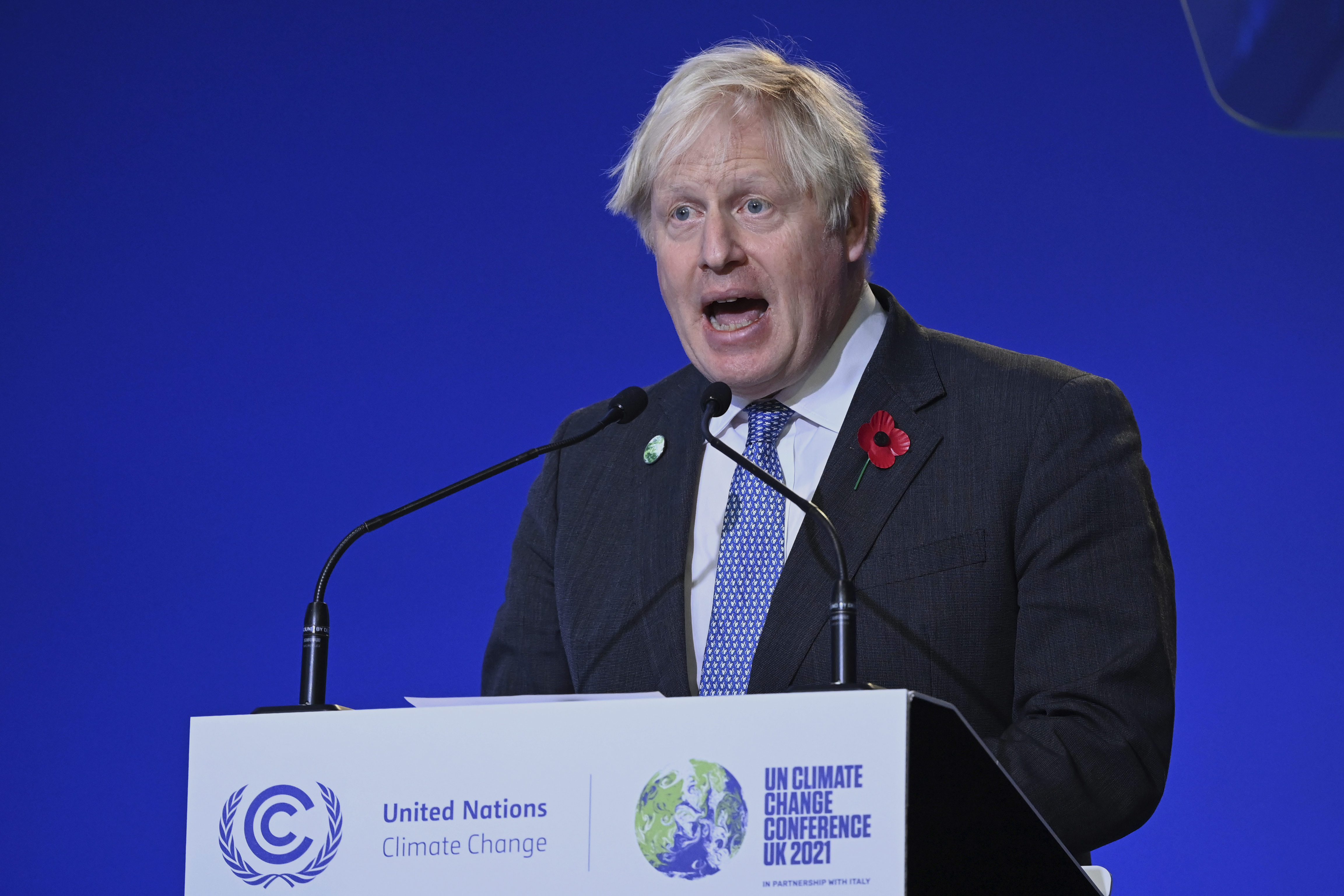 Another key goal is getting rich countries to follow through on a commitment to give $100 billion a year to developing countries to fight and adapt to climate change.

According to World Resources Institute, Australia should be spending about US$3 billion a year, based on each country contributing 0.22 per cent of its gross national income.

Mr Morrison assured the dozens of world leaders in attendance that “technology will have the answers to a decarbonised economy” and drew a parallel to the record-breaking vaccine development that helped pull parts of the world out of the worst of the coronavirus pandemic.

“The challenge of combating climate change will be met the same way. And it will be met by those who frankly are largely not in this room. It will be outside this. Our technologists or engineers, our entrepreneurs are industrialists and our financiers that will actually chart the path to net zero. And it is up to us as leaders of governments to back them in.”

READ MORE: ‘The stability we all depend on is breaking’: David Attenborough’s powerful message to leaders 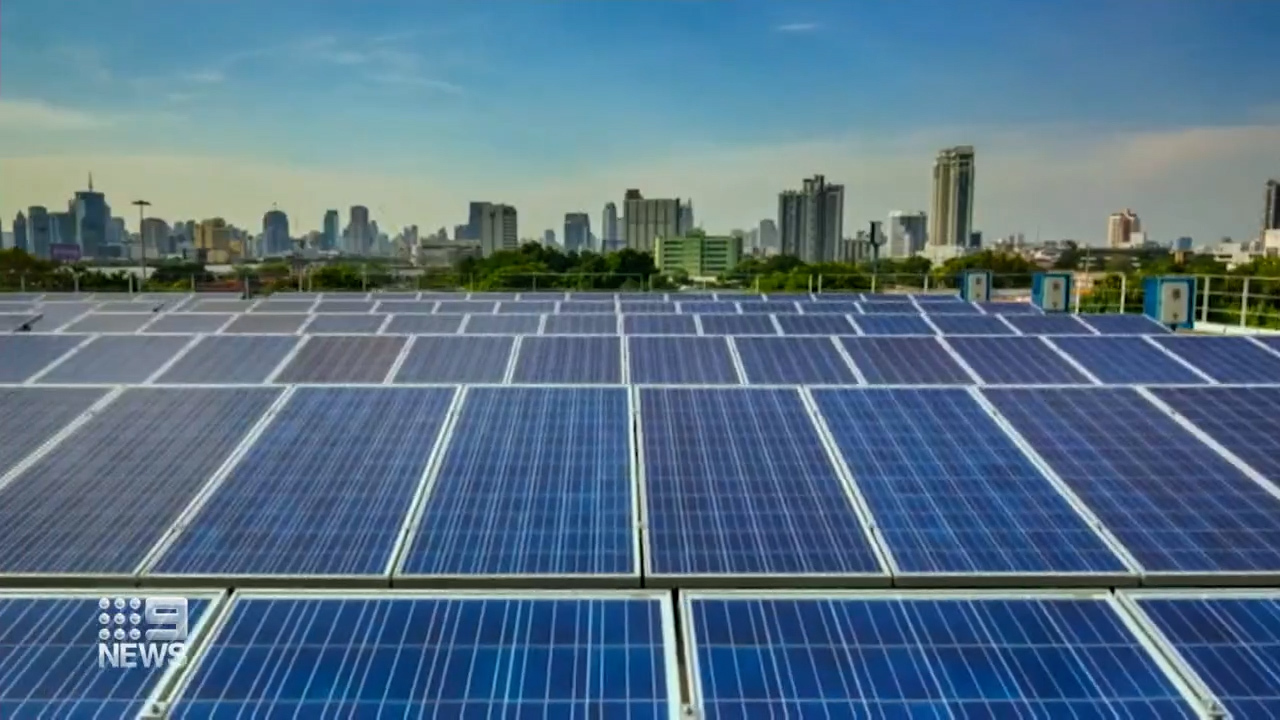 Mr Morrison argued cleaner technology solutions had to outcompete more polluting options for them to be of use in less developed countries.

His comments came after the leaders of many of those countries had taken to the stage begging richer nations for steep emissions cuts and to fulfil their years-old pledge to give $US100 billion ($133 billion) a year for adaptation to and mitigation of climate change.

“These commitments made by some are based on technologies yet to be developed,” Barbados Prime Minister Mia Mottley said in a powerful speech on Monday.

“And this is at best reckless and at worst dangerous.”

Australia’s plan to reach net zero by 2050 attributes a 40 per cent reduction in emissions to the government’s $18 billion Technology Investment Roadmap, 15 per cent to global technology trends and another 15 per cent to “further technology breakthroughs”.

The plan was criticised by many experts for lacking detail and its overwhelming reliance on technology developments. 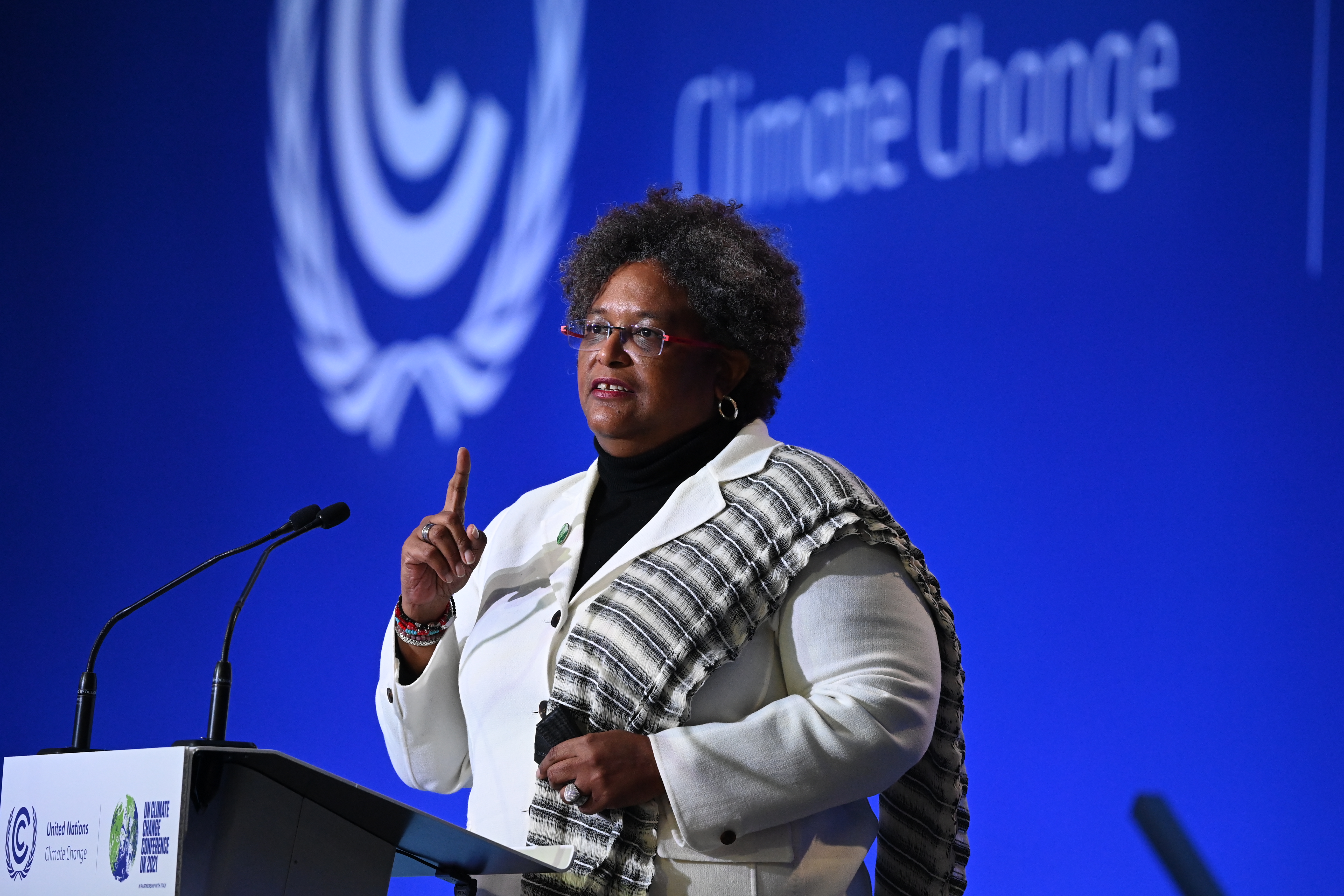 There were several other signs of Australia’s outlier status among many of the world’s richest nations, beginning with Mr Johnson’s opening address.

The UK Prime Minister — echoing many others throughout the conference — advocated ditching coal by 2030 in rich nations and fossil fuel cars by 2035.

Mr Morrison, aware of the nation’s status as one of the world’s biggest coal exporters, took care to assure voters his government’s plan to reach net zero by 2050 “will not shut down our coal or gas production or exports”.

French President Emmanuel Macron, a day after calling Mr Morrison a liar over his handling of the submarine saga, urged nations to ensure their trade agreements reflected their climate commitments.

Australia refused to allow climate change goals to be written into a proposed free trade deal with Britain.

Brazil, a much larger emitter under similar pressure to do more for the climate, announced an increase in its 2030 goals from a 43 per cent cut to a 50 per cent cut. But critics said the change made no difference, because of a change to the baseline year.

Major polluters including China and Russia had already made clear they had no immediate intention of following US and European pledges to zero out all fossil-fuel pollution by 2050.

Russia said on Sunday that it was sticking to its target of 2060.

Indian Prime Minister Narendra Modi said his country will aim to stop adding greenhouse gases to the atmosphere by 2070 — two decades after the US, Europe and Australia and at least 10 years later than China.

Mr Modi said the goal of reaching “net zero” by 2070 was one of five measures India planned to undertake to meet its commitments under the Paris climate accord.