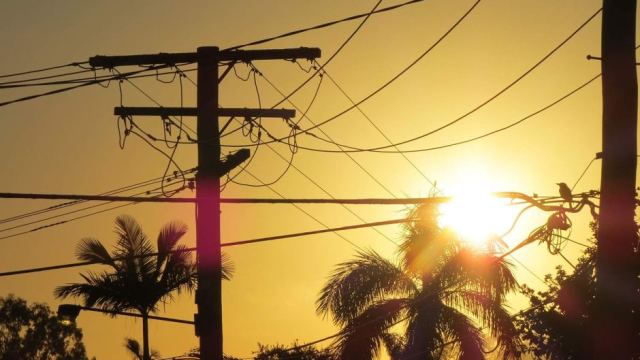 Opposition Leader Peter Dutton delivered an ominous warning that Australians may have to choose between “heating” and “eating” next year, as he seeks to tie the government’s renewables plan to rising bills.

Increases of 35 per cent or more will hit household power bills next year, a forecast in line with those recently reported by The New Daily but which was seized upon by Mr Dutton on Monday.

“I think energy is the biggest issue of our time,” he said in Brisbane.

“I think this winter, as people point out, there’ll be some families who are talking about heating or eating and I don’t want to see our country go down that path.”

The Coalition is yet to announce its energy policy. But it will take a policy to the next election with a target above the 28 per cent target taken to the most recent election.

Energy costs are also soaring, mostly due to war in Ukraine though seasonal and supply problems relating mostly to ageing coal plants did affect them recently too.

But Mr Dutton argues that the pace of the government’s shift to renewables might exacerbate problems of supply.

At an Australian Financial Review energy summit on Monday experts differed on whether the transition to the government’s end-of-decade target of 43 per cent could be achieved while managing soaring global prices.

“We need to strike while the iron is hot,” Mr Bowen said.

“We have 86 months until 2030. That’s not long for this massive transformation.”

By 2030 the government seeks to have the nation’s entire energy grid running on 82 per cent renewables.

That, Mr Bowen said, presented great opportunities given Australia was a critical supplier of the raw minerals needed to make renewable technologies such as solar panels.

He said the argument that more investment in renewable energy would make current source of household power more expensive as getting things backwards.

“The price of gas in Europe is around nine times that of renewables, and yet some geniuses argue the problem is too much reliance on renewables,” he said.

Mr Bowen’s office released a key piece of draft legislation on Monday, a “safeguard mechanism” intended to be the means for ensuring big polluters comply with the target by rewarding those who clean up and punishing those who don’t.

The Greens argue that when it comes to a trade-off (a tonne of carbon pollution emitted by one industry must come at the exclusion of another’s) not all polluters should be treated equally.

“Labor now wants to apply to genuine Australian industry the same policy that will supposedly rein in coal and gas,” party leader Adam Bandt will say on Tuesday in a speech to the same conference.

“The difference, however, is that coal and gas does not have a safe future, but the rest of Australian industry does.”

The Greens claim more than half of allowable pollution will be taken up by coal, oil and gas facilities which, they say, must become extinct in a net-zero world.

They are calling for that balance to be tilted towards productive Australian industry.

Since they passed the emissions targets earlier this year the Greens have pushed for an end to new coal mines and other fossil fuel exploration.