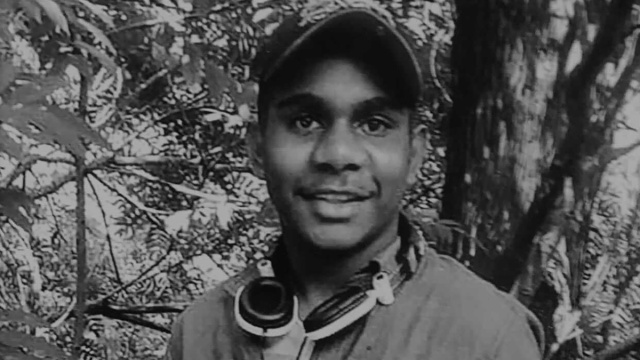 A mob pelted a forgotten ambulance crew with rocks in a remote Northern Territory community after they were used as a decoy to evacuate a policeman who had shot an Indigenous teenager dead, an inquest has been told.

Nurse Lorraine Walcott and another health worker were called to Yuendumu, northwest of Alice Springs, after Constable Zachary Rolfe shot Kumanjayi Walker, 19, three times during a bungled arrest on November 9, 2019.

An Alice Springs inquest into his death on Wednesday heard the pair arrived from the neighbouring community of Yuelamu, about 70 kilometres away, too late to help the Warlpiri man and were instead used by police to trick Yuendumu residents into believing their countryman was still alive.

The ruse involved the nurses driving their ambulance to the local airstrip in a convoy with police, Ms Walcott, a nurse with more than 40 years’ experience, told the coroner.

But they weren’t transporting Mr Walker to the Royal Flying Doctors plane that had landed. He was already dead.

Police were instead evacuating Constable Rolfe and collected tactical response group officers called in as back-up amid a worsening security situation.

Yuendumu’s senior police officer, Sergeant Julie Frost, had twice told the nurses that their safety was “paramount” before the convoy started its mission.

But when it left the airstrip to return to the police station under the cover of darkness, the officers failed to alert Ms Walcott and her colleague in the ambulance.

“This time we weren’t in between the two vehicles. We were playing a bit of catch-up as they left. I remember thinking I can’t keep up. We could see their lights,” Ms Walcott, who was driving the ambulance, said.

The forgotten ambulance became separated from the convoy and quickly surrounded by a crowd of community members on the road who were desperate for information about Mr Walker.

Some started throwing rocks at the ambulance and the window beside Ms Walcott smashed, injuring her.

“The shattered glass hit me on the head and shoulder. I didn’t realise what it was, it just seemed like an explosion,” she said.

“I felt blood dripping down and was trying to veer off the road to avoid running over someone.

“I was in shock and didn’t know what was happening.”

Ms Walcott said she lost sight of the convoy as rocks rained down on the ambulance.

“I was just concentrating on not running somebody over,” she said.

“I veered towards the left to try to get away from the crowd … My colleague offered to steer for me because I had blood pouring out.”

The pair made it to Yuendumu’s police station compound five minutes later and started treating Ms Walcott’s injuries as more rocks landed on the building and in the grounds.

The inquest heard officers at the station were tense “not really knowing what was ahead”.

Ms Walcott said she feared for her life and the crowd outside the compound was restless as it waited for news about Mr Walker, who they still believed to be alive.

“We were frightened. I remember thinking I didn’t feel safe even with the police around,” she said.

Asked about the deception, Ms Walcott said she wasn’t aware the convoy was to collect more police officers.

“We just complied with their wishes … We thought we’d probably be collecting a medical person from the plane,” she said.

“Sometimes a doctor has to certify life extinct. I don’t agree that we believed we were part of any deception at the time. We didn’t really understand what was happening.”

“The commissioner apologises to you for your having been placed in a position where you were injured by rocks having been thrown at your vehicle by members of the Yuendumu community,” she said.

The post NT nurses stoned by mob after cops forgot them, inquest hears appeared first on The New Daily.