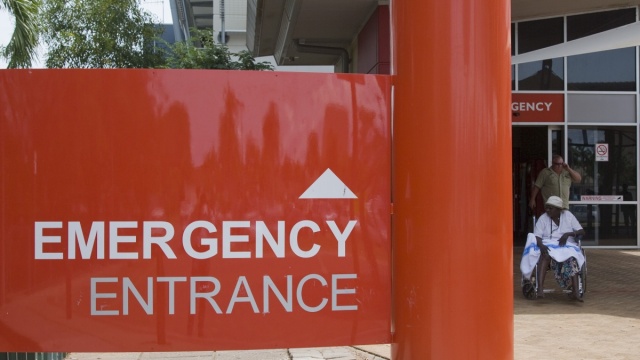 The Northern Territory is under its highest level health alert after a warehouse fire has potentially destroyed crucial hospital supplies.

A “code brown” has been issued for the next 24 to 48 hours, sparking a system wide response.

Fire crews responded to the blaze at an NT Health warehouse in Berrimah on Sunday morning.

The warehouse supplied hospitals in Darwin, Palmerston, Katherine and Gove.

“The NT Health Incident Management Team has been established and is working to conduct a stocktake,” NT Health said in a statement.

“All hospitals remain open at this time and no patient services will be impacted.”

The code brown has been declared while authorities work to find out what supplies have been affected.