Netflix will soon have ads, but it might not be what you think

Your cup of coffee may cost '50 or 80c' more, as milk price rises hit cafes

Why a seafood dinner could be about to cost more

Broken Hill mine not being sold despite valuation, company confirms

The similarities between birthing a business and having a baby

Big Valentine’s Day bucks on the way for ‘desperate’ businesses

New owner of Australia's largest dairy farm got a $2.2m payment. Former owner says it should be theirs

‘Near impossible’: The challenge that could derail Scott Morrison’s Omicron workforce plans

Michael Pascoe: The new Roaring 20s – Have a go, ya mugs

Bambi started a business at age 50. In Australia, she's far from alone

Will runs a sheep station with 8,000 merinos. New QR codes mean he can trace every fleece

NASA attaches Orion capsule to megarocket ahead of moon mission

Net zero has been ‘weaponised by the conservatives’

The energy crisis and how it could cost us all 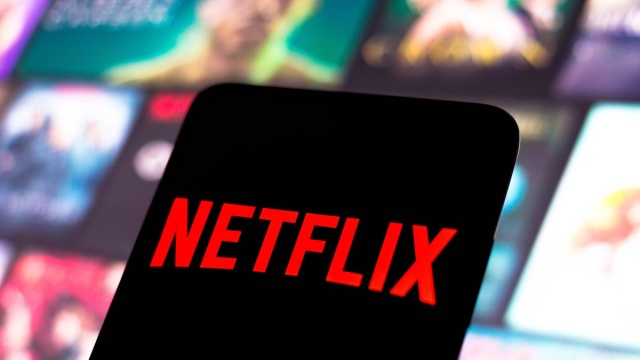 Netflix Co-CEO Ted Sarandos confirmed on Thursday that the streaming platform will introduce a new, cheaper service supported by ads.

The move is the latest in a series of measures taken by the tech giant over the past few years to stem a shrinking subscriber base and tanking stock price – with confirmation of the strategy coming on the same day Netflix revealed it was cutting another 300 jobs, or nearly 4 per cent of its workforce.

But experts have warned Netflix must tread carefully to prevent losing even more subscribers to their competitors.

“It very much will all depend on how they implement the advertising,” media analyst Paul Budde told The New Daily.

“Because if they interrupt programs then I would think people will say ‘stuff you’ and go to Amazon, or Disney or whatever.”

Although it’s unclear how the ads will work on Netflix, Mr Sarandos said the company would not introduce advertising to current subscription tiers. Instead, the ads will only appear on a new, cheaper version of the service that is yet to be launched.

Netflix executives had previously promised that the platform would never have ads, and even suggested advertising was exploitative.

But Mr Budde said the company’s market dominance, combined with rising pressure on household budgets and an increased acceptance of advertising, likely meant customers would welcome the cheaper option.

“We live in a very capitalistic world. We are exploited every day,” Mr Budde said.

“We are getting numb to it.

“And if you look at the changes over the last 10 or 15 years, perhaps up to 80 per cent of advertising has moved to online businesses, and Netflix obviously want to tap into that.”

Although Netflix is likely hoping to attract new customers with a cheaper plan, Mr Budde said current subscribers may even opt into advertising in exchange for a discount.

He told The New Daily that introducing a cheaper ad tier could actually attract more, rather than less, ad-free subscribers over the longer term.

“I think it’s more those who are just on the edge and maybe deciding whether or not they definitely want Netflix that will take up the ad-based model,” Dr C-Scott told The New Daily.

“And the other thing is, once you’ve got them into the service, they might come to a point of saying, ‘well, I’m already paying X amount, the ads are starting to annoy me a little bit, I’m gonna pay that bit extra’.

“So it could be the potential option for Netflix to actually gain some subscribers that they may not necessarily have either.”

In April, Netflix reported having lost more than 200,000 subscribers, which resulted in shareholders suing the company for misleading them about the slowdown in subscriber growth.

But Dr C-Scott said a lot of the US giant’s poor performance could be chalked up to global events, such as the company withdrawing from Russia and customers seeking more outdoor activities after lockdowns ended.

“Now we’re opening up more, we can go out to cinemas and things like that. So people are starting to revisit their finances. And so that’s going to have an impact on streaming services,” Dr C-Scott said.

“So it’s probably not as big and bad as it sounds.”

However, the streaming giant still has cause for concern.

Despite increasing prices and promising to crack down on password sharing by the end of this year, Netflix has continued to see declining revenues.

And the hyper-competitive marketplace isn’t just forcing Netflix to seek alternative revenue streams – other platforms are getting in on the act.

Disney has floated the idea of introducing advertising to their streaming service. And Amazon has introduced its X-Ray feature, which allows viewers to shop for products they see on Amazon Prime through Amazon’s store.

Last year, Netflix introduced a mobile gaming platform for all its subscribers. And according to Dr C-Scott, sport is the next battleground.

“So we might start to see this fragmentation of sports media rights. And the reason that’s interesting to look at now is we have the AFL media rights in discussions now.”

The post Netflix will soon have ads, but it might not be what you think appeared first on The New Daily.