States and territories have been given free rein to reduce or scrap quarantine requirements for vaccinated close contacts of COVID-19 patients and plans are underway to roll out regular rapid testing in schools.

National cabinet on Friday discussed a significant overhaul to testing, contract tracing and quarantine rules, based partly on advice that vaccination rates and case numbers had changed the equation.

“Streamlined public health responses, such as testing and isolating only close contacts, combined with high vaccination rates, are effective at reducing transmission risks in a community with high case numbers and/or more susceptible to COVID-19.

“There is no requirement for casual contacts to test or quarantine.”

The institute’s modelling, which has underpinned much of the national plan to end lockdowns, also said seven days’ isolation for vaccinated people who developed COVID-19 was, on average, as effective as two weeks.

Mr Morrison said national cabinet had agreed to adopt a “risk-based” approach to quarantining, with different rules based on vaccination status, beyond the 80 per cent vaccination milestone.

That involved states and territories considering reducing quarantine for vaccinated primary contacts of someone infected with COVID-19 to seven — as New South Wales has already brought in — or even zero days. Casual contacts would only need to get tested if symptomatic.

There were no changes suggested for unvaccinated people. 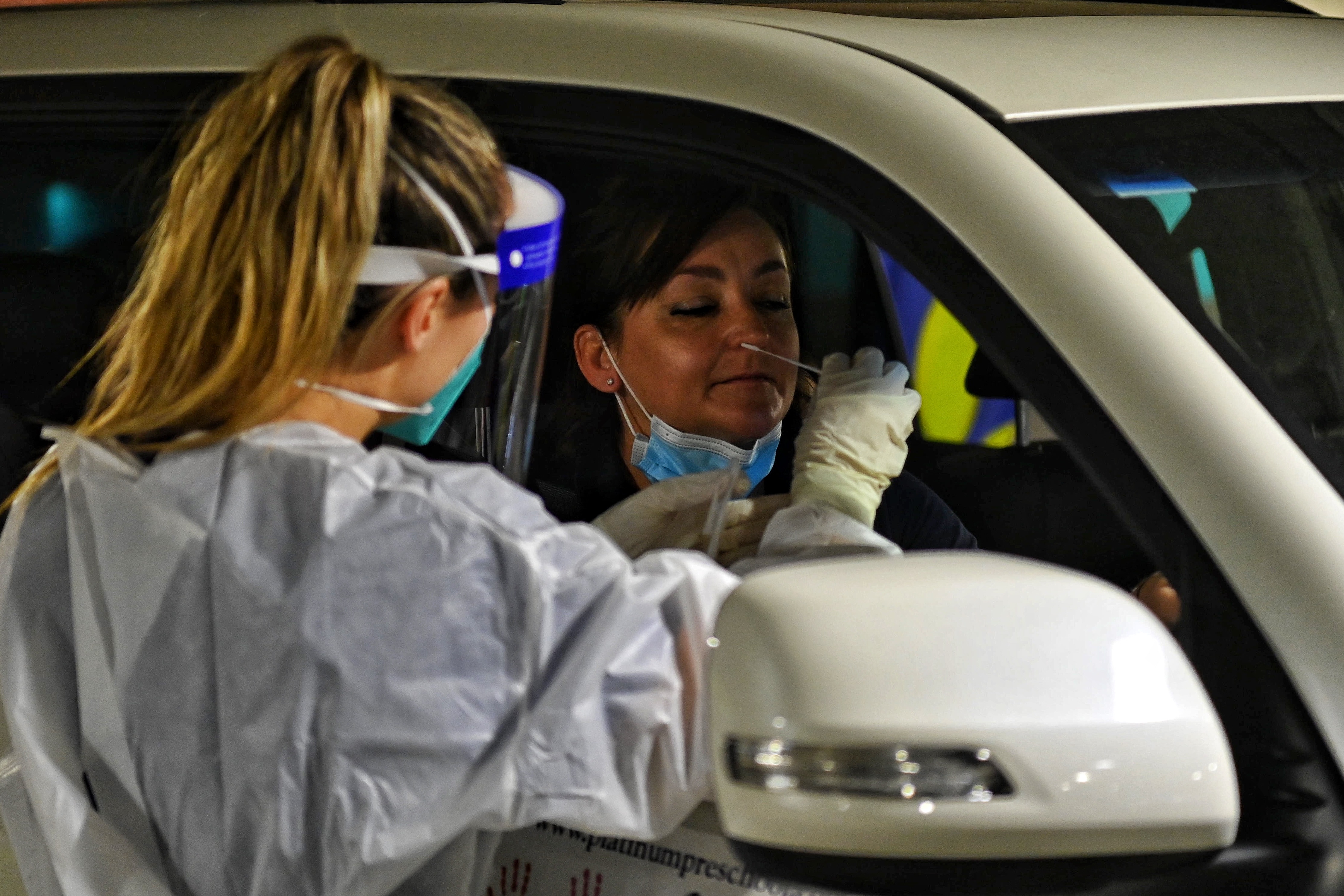 The group of national leaders tasked the Australian Health Protection Principal Committee with developing a plan for scaling up rapid testing to keep an eye on the pandemic.

The Doherty Institute suggested twice-weekly antigen testing of students would detect cases early and significantly reduce the chance of a school outbreak, according to the slide deck.

Modelling showed scaling that up to daily testing of close contacts would greatly reduce the number of school days lost to quarantine with a negligible impact on the number of cases.

The Prime Minister also revealed 7000 fully vaccinated travellers had arrived through Melbourne and Sydney airports and the presentation found that with 80 per cent vaccination coverage and limited current measures, international arrivals would “not lead to large outbreaks”.

“Within this context of local controls, numbers of cases resulting from importations are anticipated to remain manageable within health system capacity,” the slide deck stated.

“This remains the case for either a seven-day home quarantine or ‘no quarantine’ pathway.”

The presentation also suggested opening up vaccinations to children aged 5-11 would help protect under-vaccinated Indigenous communities, thanks to the higher percentage of young residents.

It highlighted the effectiveness of “community-led responses, such as door-to-door vaccination and local leadership” in NSW’s Wilcannia outbreak.