‘Not a pretty scenario’: Wages set to rise in 2022, but inflation could steal workers’ gains

Soaring job ads: The industries hiring the most workers in Australia

Jobs recovery begins as workers look to higher wages. But there's a catch 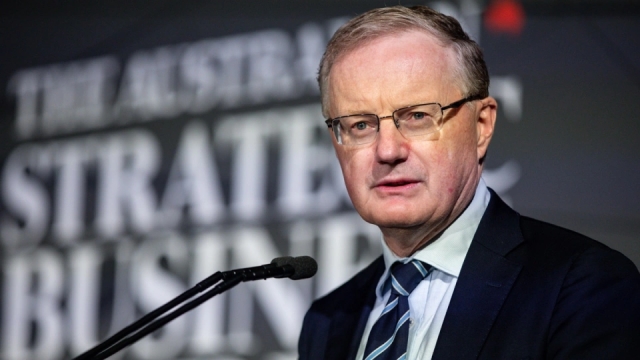 Home owners will be hit with another painful bill increase this month after the Reserve Bank hiked interest rates to a six-year high on Tuesday, adding about $140 to typical monthly mortgage repayments.

RBA governor Philip Lowe said the fourth rate increase since May was necessary to curb soaring inflation, amid new predictions that prices would rise even faster than earlier feared.

It means households with a typical $500,000 mortgage have now seen their monthly bills rise by $482 since rates were first lifted from record lows in May.

And economists think bills may rise by another $238 to $411 by November, depending on how successful higher rates are in subduing inflation.

The August rate hike takes the RBA’s official interest rate target to its highest level since May 2, 2016.

Banks are broadly expected to pass on the latest 0.50 percentage point rise in full, meaning it will flow through to monthly mortgage bills within weeks.

As of Tuesday evening, Macquarie was the only major bank to have announced it would pass on the full rate hike to both variable-rate-mortgage customers and savers.

Typical monthly repayments will rise from $2714 to $2856, according to figures from comparison firm Mozo.

The rate hike pain will only worsen in coming months too, with the RBA already foreshadowing more increases to bring the inflation rate down from a 21-year high.

“The board expects to take further steps in the process of normalising monetary conditions over the months ahead,’’ Dr Lowe said in a statement.

Indeed APAC economist Callam Pickering said households should brace for the cash rate to hit 3 per cent this year, as the RBA tries to show it is serious about bringing inflation back under control.

“They’ll continue to do so until inflation is under control or genuine cracks begin to appear across the Australian economy,” he said.

Worryingly, the RBA also increased its forecast for inflation on Tuesday and now predicts that price rises will peak at 7.75 per cent in 2023.

That’s up from the 7 per cent prediction outlined three months ago and is in lockstep with Treasury forecasts that were published just last week.

It comes after headline inflation rose to a 21-year high of 6.1 per cent during the June quarter (underlying inflation was 4.6 per cent).

Dr Lowe said the source of inflation in Australia was still mostly global but was also being influenced by local factors, such as strong demand and flooding.

“There are widespread upward pressures on prices from strong demand, a tight labour market and capacity constraints in some sectors of the economy,” he said.

“That’s what the central bank is responding to.”

Dr Lowe said on Tuesday that he still expects inflation to moderate in early 2023 as global supply chain issues are increasingly resolved.

But economist Saul Eslake said the RBA’s latest forecasts show that the RBA is more pessimistic than Treasury about the medium-term outlook.

Both of those figures are higher than the RBA’s 2 to 3 per cent target band.

Mr Eslake said the worsening outlook for inflation could signal a bigger rise in mortgage bills than previously expected, but noted this remained uncertain.

He told The New Daily the RBA would want to raise the cash rate target until it stops encouraging additional spending – a level known as the “neutral rate”.

No one knows where that is, but Dr Lowe has previously suggested it could be 2.5 per cent.

Such a rate would restrict household spending enough to make it hard for firms to pass on further price increases without reducing their sales.

But there’s one “key source of uncertainty”, Dr Lowe said on Tuesday.

It’s that consumer spending has remained quite resilient to date, amid very low unemployment and elevated levels of household savings after COVID-19.

If spending remains stronger than the RBA expects, the bank will have to raise rates by more than they otherwise would have done to get inflation back under control.

Dr Hunter said a recent slowdown in retail sales for June was a sign that spending is responding to rate hikes.

But she noted the exact effect of the recent rate hikes would remain unclear for months to come.

Dr Lowe said on Tuesday that future rate hikes had not been predetermined and would be guided by spending and jobs market outcomes later this year.

The post Mortgage bills to jump $140 in August as inflation worsens appeared first on The New Daily.