Prime Minister Scott Morrison and French President Emmanuel Macron have met face-to-face for the first time since their fallout over the sunken submarine deal.

The two leaders crossed paths at the G20 summit in Rome where Mr Morrison was asked if US President Joe Biden had “thrown him under the bus” during his meeting with Emmanuel Macron.

Mr Morrison has been dealing with questions about a tense phone call he shared with Mr Macron since touching down in Italy for a meeting of the world’s most powerful leaders. 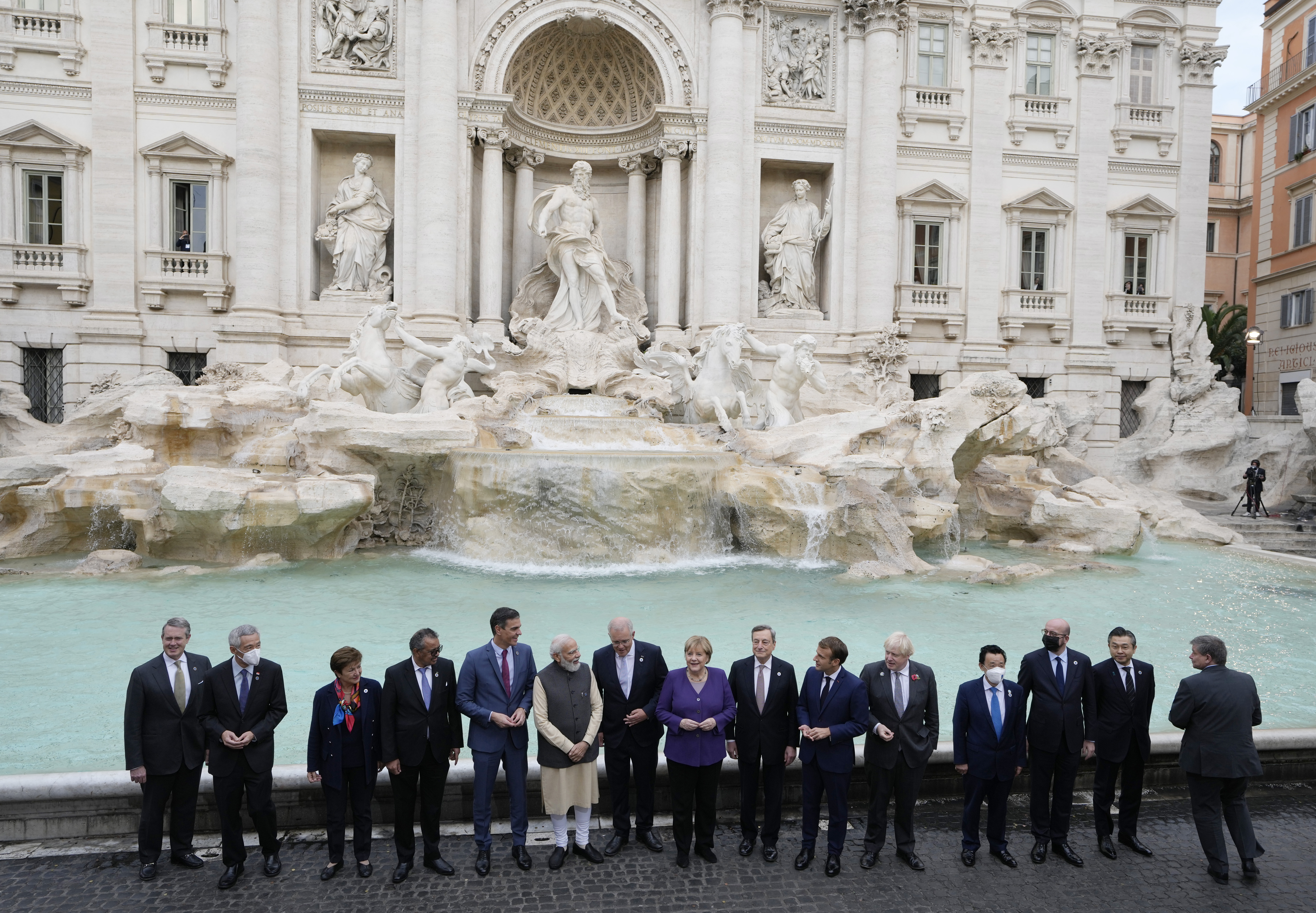 “He was having a chat with someone and I went up and just put my arm on his shoulder and said ‘g’day Emmanuel’, and ‘look forward to catching up in the next couple of days’,” Mr Morrison told reporters from Rome.

“All I can say is that we kept the US administration up to date with the status of what our conversations and discussions have been with the French government.

“You’ve got to make the right decision for Australia and that’s exactly what we did.”

There is no meeting scheduled between the pair in Rome, who spoke for the first time in months just before Mr Morrison flew out of Australia.

The call was a welcome end to the icy silence that had developed between the pair since Mr Macron temporarily withdrew his ambassador to Canberra and began refusing to take Mr Morrison’s calls in outrage at Australia’s shredding of the $90 billion submarine deal. 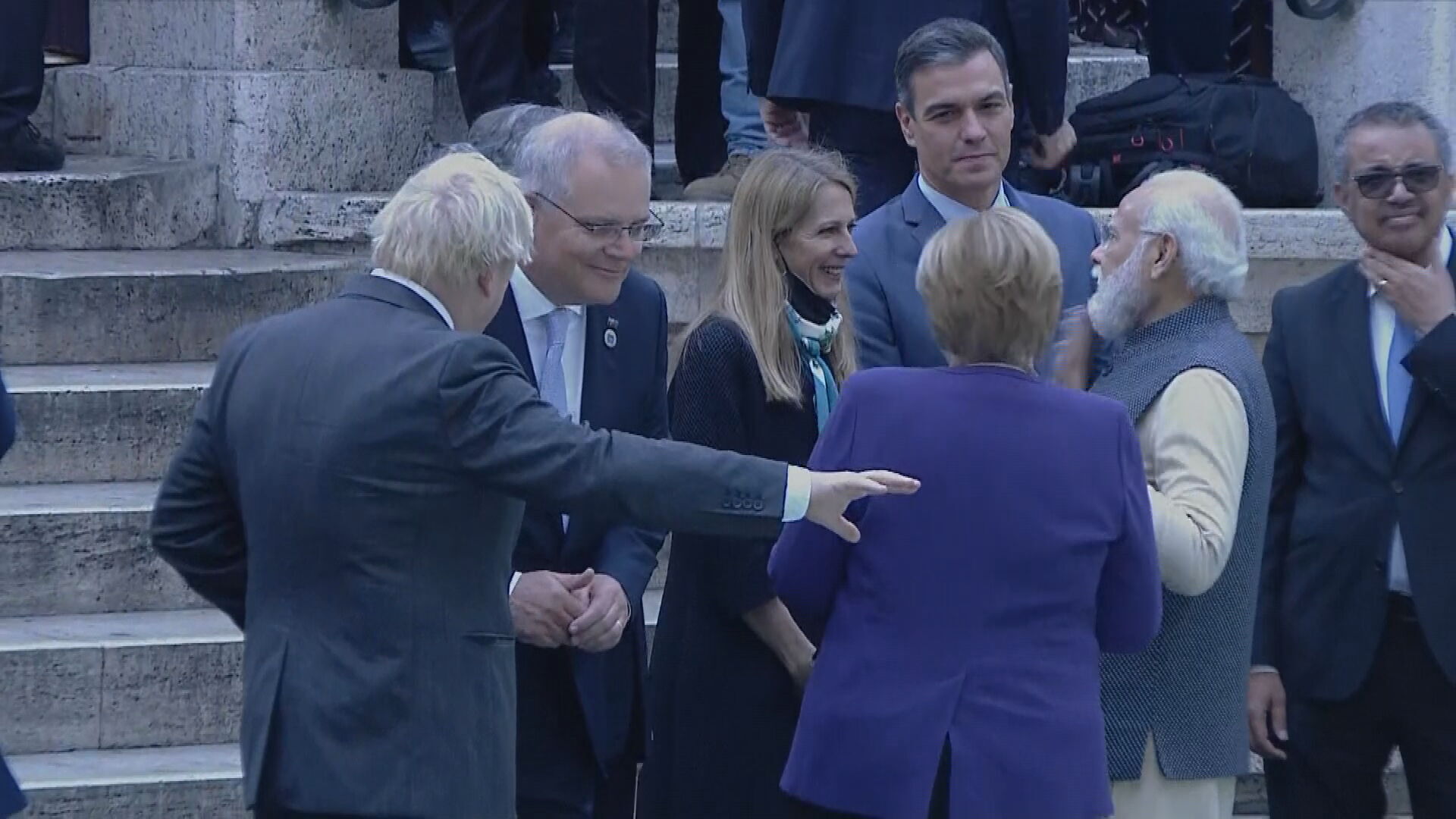 But it was a tense reunion, according to the French, who said Mr Macron made it clear Australia “broke the relationship of trust” when it ditched the diesel-powered submarines in favour of a future deal for nuclear-powered submarines, enabled through a new defence pact with the US and UK.

The Group of 20 leaders summit in the Italian capital is the first time the French and Australian leaders will sit down together since the diplomatic crisis.

US President Joe Biden’s comments to Mr Macron as they met on Friday didn’t make things any easier for Mr Morrison.

“I was under the impression that France had been informed long before that the deal was not going through, honest to God,” he said, in comments that could be interpreted as a criticism of Australia’s handling of the situation.

Mr Biden described the incident as “clumsy” and “not done with a lot of grace.

“I was under the impression that certain things had happened that had not happened,” he said. 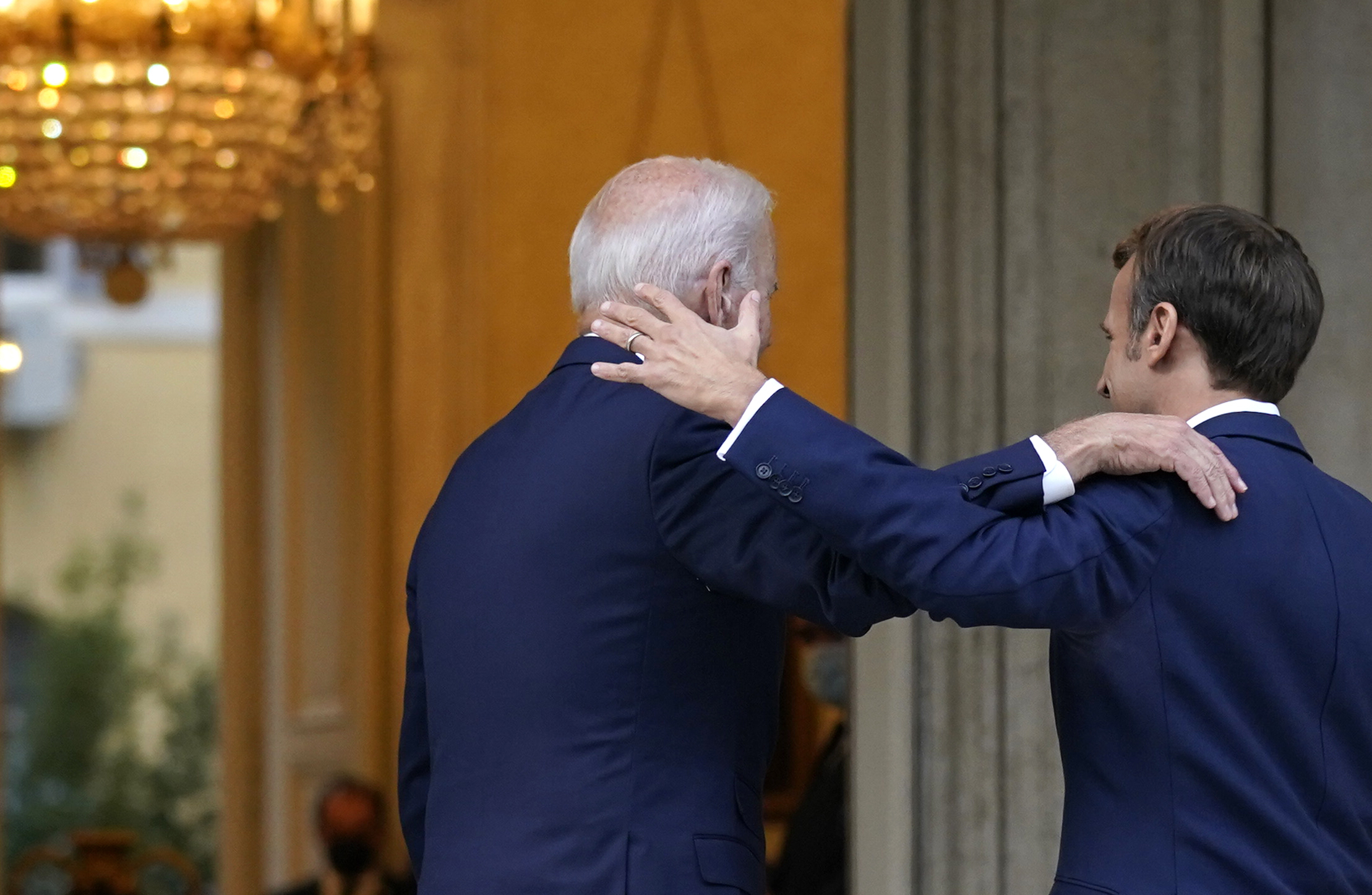 France has appeared to forgive the US more quickly than Australia for what it termed a “stab in the back” and Mr Macron and US President Joe Biden were seen arm in arm at the G20 on Saturday.

The main focus of this G20 meeting, coming on the eve of the momentous COP26 climate change conference in Glasgow, is not the scrapped submarine deal but climate change.

Here Mr Morrison will also face questions, having already been urged by Mr Macron to step up the nation’s 2030 emissions reduction targets and commit to ditching coal, two actions Australia has refused to take.

Mr Morrison committed to net zero by 2050 earlier this month after protracted negotiations with the Nationals but COP officials are looking for more ambitious 2030 targets from everyone. 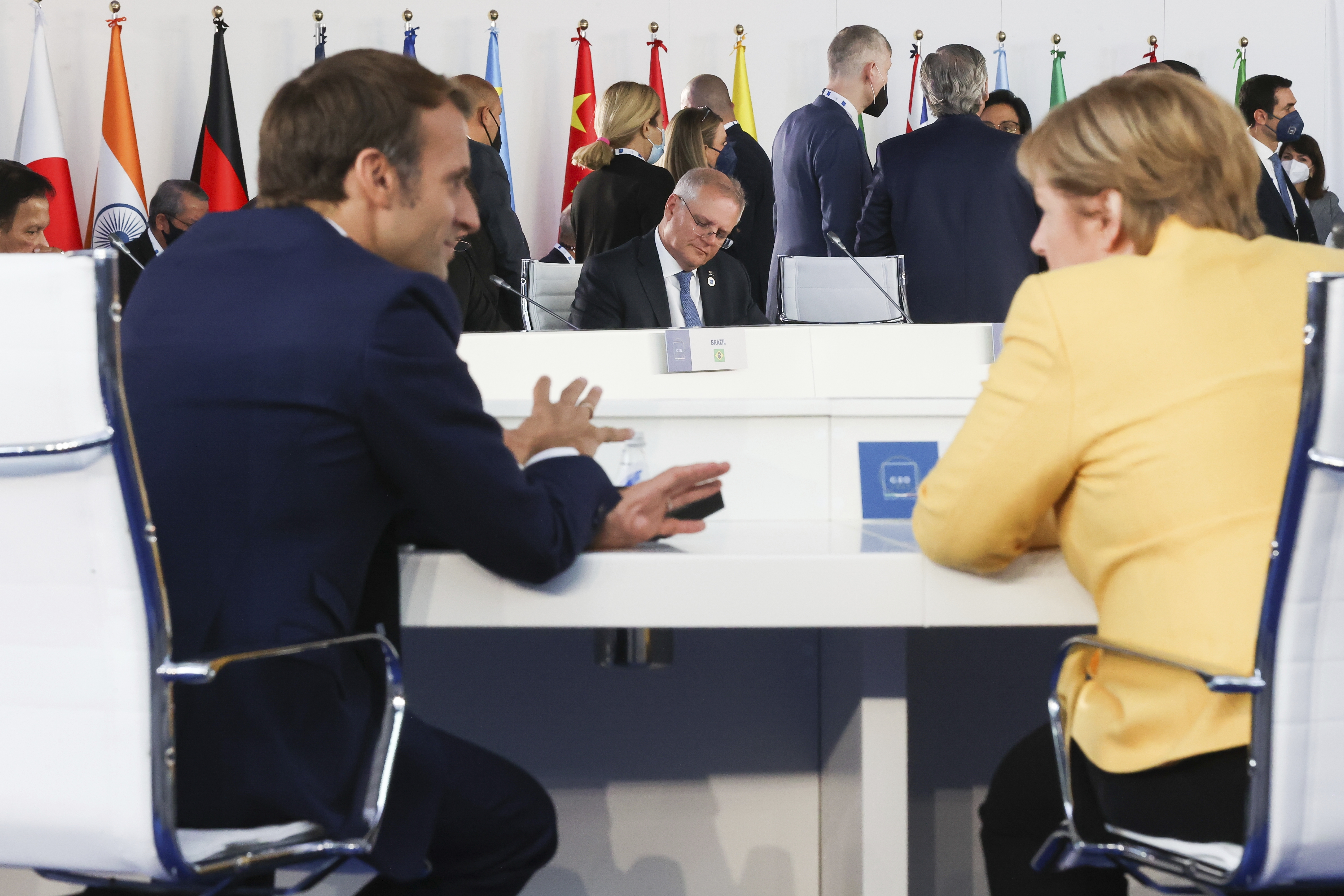 Italy’s Premier Mario Draghi made a sharp call to pick up the pace in getting vaccines to poor countries as he the G20 on Saturday, calling the gaping global COVID-19 vaccine gap “morally unacceptable”.

The host for the two-day summit only 3 per cent of people in the world’s poorest countries were vaccinated, while 70 per cent in rich countries have had at least one shot.

The call for more collective vaccine help for low-income countries sounded a theme running through the G20 summit that confronts a two-track global recovery in which rich countries are bouncing back faster. 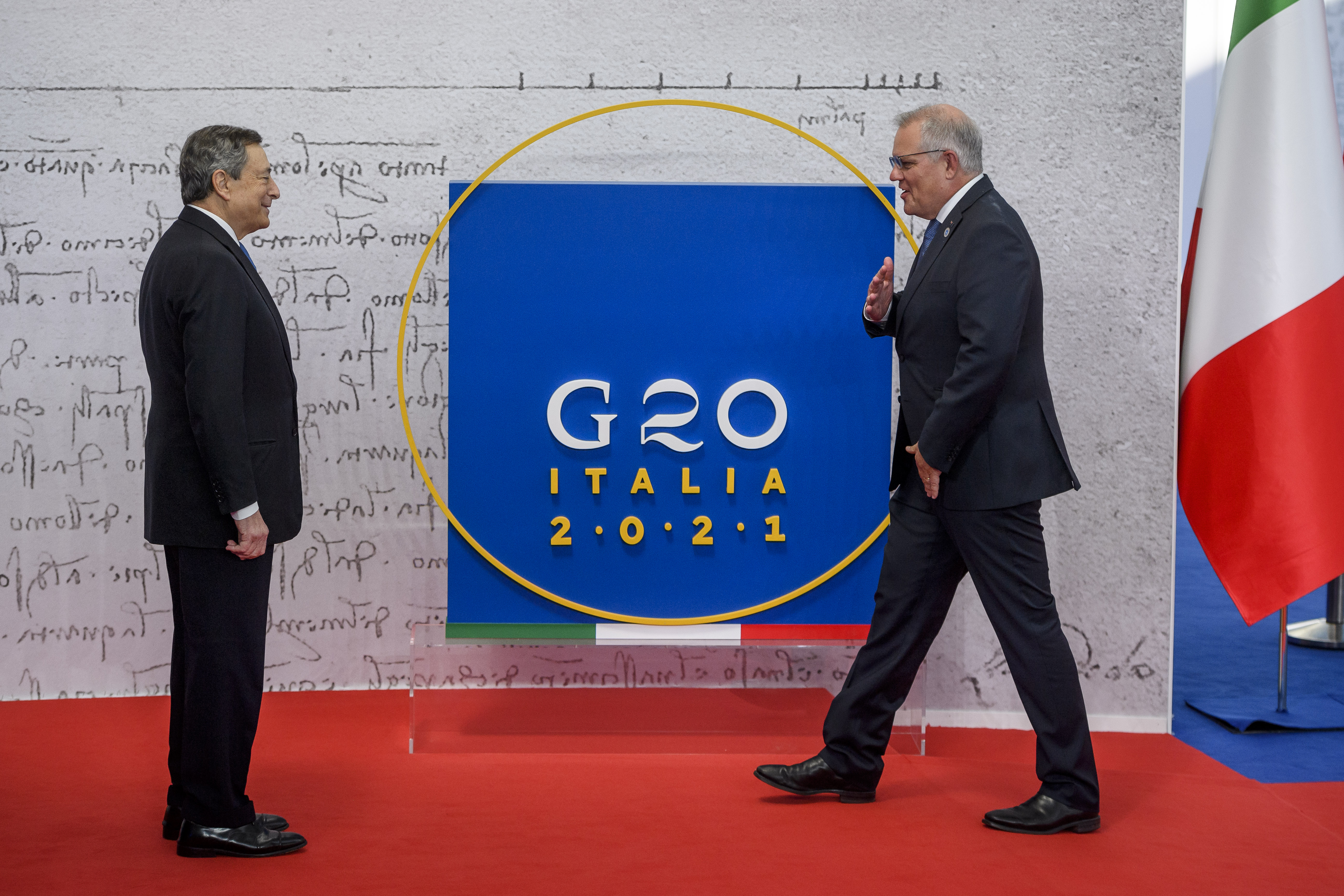 Mr Draghi welcomed the G20 leaders to Rome’s Nuvola cloud-like convention centre in the Fascist-era EUR neighbourhood, which was sealed off from the rest of the capital.

Saturday’s opening session was focused on global health and the economy. Rich countries have used vaccines and stimulus spending to restart economic activity, leaving the risk that developing countries that account for much of global growth will remain behind due to low vaccinations and financing difficulties.