If you think scrapping COVID isolation will get us back to work and past the pandemic, think again

End of COVID pandemic in sight: WHO

COVID-19 apathy to blame for testing slump as symptoms rise

Queensland to move away from public health orders

Got allergies? You could be at lower risk of catching COVID-19

The hidden health risks of the work-from-home revolution 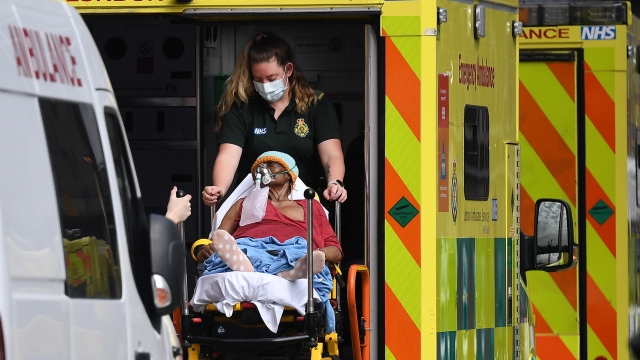 A public inquiry into Britain’s response to and handling of the COVID-19 pandemic has begun, with a promise it would get to the truth, and expose any wrongdoing or culpable conduct.

Britain has recorded almost 20 million COVID infections and more than 166,000 deaths – the seventh highest fatality total globally – and former Prime Minister Boris Johnson and his ministers have faced criticism for their handling of the crisis.

Last year, Mr Johnson ordered the inquiry to look into the preparedness of the country as well as the public health and economic response.

The investigation is being led by former judge Heather Hallett, who held a minute’s silence at the beginning of the hearing in memory of those who died.

“The inquiry will analyse our state of readiness for the pandemic and the response to it … and to determine whether that level of loss about which we’ve just been reflecting was inevitable, or whether things could have been done better,” she said.

She said she was determined the inquiry would not “drag on for decades” and her aim was to produce timely reports and recommendations “before another disaster strikes”.

Hugo Keith, the lead counsel who provides legal advice to its chair, said the inquiry would be an unprecedented and vast undertaking. It will be divided into a number of modules, beginning with how prepared Britain was.

Its duty was “to get to the truth, to ensure that the full facts are revealed, that culpable and discreditable conduct is exposed and brought to public notice, that plainly wrongful decision-making and significant errors of judgement are identified, and that lessons may be properly learned,” he said.

“The bereaved and those who have suffered are absolutely entitled to no less.”

Last year, a report by the government’s spending watchdog said the government was unprepared for a crisis like the pandemic and had been distracted by Britain’s departure from the European Union.

Another joint report by lawmakers on parliament’s health and science committees also concluded that the delay to England’s first coronavirus lockdown was a serious error and that failures in testing positive cases and tracing their contacts exacerbated the crisis.

Johnson’s own former top adviser, Dominic Cummings, has said Britain’s early plan to combat COVID was a “disaster” and “awful decisions” led to the government imposing lockdowns that could have been avoided.

“The disease has caused widespread and long-term physical and mental illness, grief and untold misery,” said Keith, adding there had been more than 609 million confirmed cases worldwide with some estimates of the number of deaths put at 17.5 million.

“Its impact will be felt worldwide, including in the United Kingdom for decades to come.”