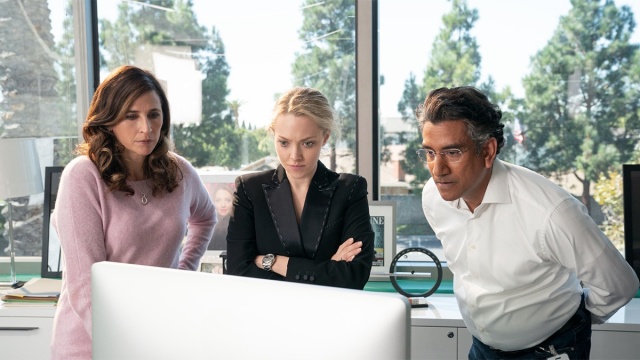 “The key lesson from WA Inc was that the shonks, crooks, spivs and conmen only really thrive with the assistance of the professional classes – the accountants, lawyers, valuers, journalists et al.

“It took at least a culture of acquiescence and, more likely, one of mercenary complicity for the likes of Bond and Connell to prosper.”

I wrote those paragraphs 14 years ago in a chapter on another WA-based fraud story, the Firepower scandal.

They are resurrected in light of Rio Tinto settling its tax avoidance bill with the ATO last month – close enough to $1 billion worth of tax it attempted to dodge on the vast fortune it has made exporting WA iron ore and funnelling the money through its “Singapore marketing hub”.

“Singapore marketing hub” might make it up there with “colourful racing identity” as a useful euphemism.

Of course I’m not suggesting Rio is a company of shonks, crooks, spivs etc of the calibre of Alan Bond and Laurie Connell. Oh deary me no – that inference might imply Rio was into tax evasion, not merely a billion dollars or so of tax avoidance – there are important legal differences between those two words.

But what Rio and the many other multinationals cheating Australia out of billions of dollars of revenue have in common with the outright criminals is their accomplices – the army of very highly paid lawyers and accountants beavering away at ripping off the Commonwealth, shuffling the paper, digging the loopholes, pretending very, very dark grey is actually sparkling white.

I’ve wondered sometimes how they rate their activity in terms of job satisfaction. What, when they come to their summing up years, they might think they accomplished in their lives to leave the world a better place than they found it.

And they keep getting away with it. The firms facilitating the “avoidance” not only escape penalty themselves but even opprobrium.

The government, rather than banishing them, actually has been paying the biggest accomplices billions of dollars for one line of consultancy or another.

Given the opaque nature of the professional services rendered unto mammon, it’s easier to see the ugly face of the accomplices in dramatisations of fraud.

Of the moment is The Dropout, the story of the Theranos corporate and medical fraud led by Elizabeth Holmes.

Whether by book, documentary, podcast or the streaming drama, it is an extraordinary tale of greed, deceit and gullibility. Take a bow a rich cast of characters ranging from Rupert Murdoch and Henry Kissinger to Holmes’ parents.

Holmes is finally due to be sentenced for her corporate fraud next month, but what interests me is that the high-profile lawyers who threatened and intimidated the honest people fighting the fraud, the “professionals” who, in my opinion, were part of Holmes’ criminal conspiracy, were not charged and never are charged.

No consequences for ‘professionals’

As for the in-house myrmidons facilitating the crime, drunk on the Kool-Aid, there is a tribalism that takes over that goes to the heart of human nature, to people who are not strong in their sense of morality/ethics to begin with.

There is a famous psychology test about what harm people will do to people if instructed to do so by authority figures in white coats.

I’ve been observing it at the common fraud and exploitation level for decades. The staff of the foreign exchange bucket shops back in the day, the commission-driven sales types in any number of operations at the dodgy end of marketing. Organised scam operations.

They all knew. They all had to know they were scamming people, but the tribalism sustained them, the marks were there to be robbed.

And all those people, professionals and commission-driven salespeople, got away with it, as did Pickering.

It was small beer in the general scheme of things – just tens of millions of dollars. The more professional professions deal in billions.

Hopefully we progress. While I’m in reminiscing mode (yes, my book, The Summertime of Our Dreams is launched today), I remember the night the then taxation commissioner Michael Carmody launched the ATO attack on barristers abusing bankruptcy provisions to dodge tax.

Turns out there was a legion of them.

“Everyone was doing it.” The supposed profession was rotten in the standards it accepted of its members.

It took Mr Carmody to blow the whistle on the lack of ethics, to bludgeon the bar into cleaning up its act.

To hold accountants and tax lawyers accountable for wholesale tax avoidance will be a big step beyond that.

The cloak of client confidentiality is too soiled to be allowed to remain.

There should be no place at Australia’s top table for the facilitators, the accomplices before and after the act.