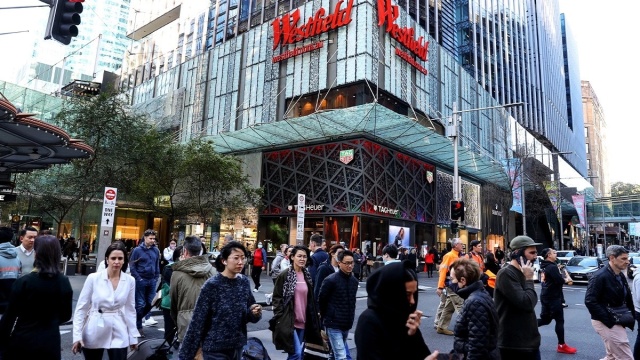 It might seem perverse, but there’s something reassuring about the markets and so much commentary predicting recession and disaster.

Not that there’s anything reassuring about the idea of a global recession and the rising unemployment it would deliver, but generally when everyone is convinced we are about to fall off a cliff, we don’t.

And there is another (relative) comfort in this global, cliff-diving season: you wouldn’t want to be anywhere else during it.

The prime analogy for me about disaster scenarios is that of a bus heading towards a cliff causing predictions that everyone on board will die.

Such predictions ignore the possibility or likelihood of the bus driver, alerted by the screaming, either turning the wheel or applying the brakes.

Buses head towards cliffs all the time on twisty mountain roads, but rarely catastrophically crash.

The passengers in the global economy are presently screaming at the driver – the collective central banks – that they are in danger of powering interest rate rises over the edge and into recession.

The head driver, the US Federal Reserve, is signalling that it doesn’t care, that its only concern is lowering inflation.

It would be a worry to be in the Fed’s bus. While the RBA bus is swept along in the Fed’s slipstream to a degree, it remains a separate vehicle with alternatives to the recession cliff.

Our inflation isn’t as bad as that of the US and isn’t predominantly home-grown, the way US inflation is.

You might get a different impression from much commentary, but while the US economy is certainly important and has implications for us, it is not our economy.

Our major trading partners’ inflation rates are below that of the US. We are more part of Asia economically than North America.

A lesson everyone should have learned from the GFC was that the old cliché “if America sneezes, Australia gets a cold” was hopelessly out of date and plain wrong. I would love to have a dollar for every time I heard it.

Yes, as the GFC taught us (and me particularly), financial markets can spread contagion beyond what makes economic sense.

The Australian economy sneezed in the GFC, but our markets behaved for a while as if we had pneumonia, like the US.

After the conniptions subsided, we powered ahead quite quickly without the scarring the US suffered.

Aside from world’s best practice fiscal and monetary policy at the time, we were helped by China hitting the stimulus button big time.

By Chinese standards, the World Bank’s forecast of just 2.8 per cent GDP growth from the country this year is a recession, caused by Beijing’s zero-COVID policy and a housing market crisis. That is a worry.

Yet Chinese demand for our key exports has remained strong and, particularly given the nature of China’s government, there is likely to be an economic fix brewing somewhere in the system.

Five years of continuous monthly surpluses have made us a little blasé about our trade performance, a handy economic underpinning to have.

I have a minor quibble with the otherwise fine work of The Conversation’s Peter Martin in explaining why Australian might not have a recession.

Yes, the stronger greenback against just about all currencies at present makes US-denominated trade look more expensive – but unless you’re actually buying American goods, markets tend to adjust for that fairly quickly.

For example, the US dollar gold price has fallen by 14 per cent in the past six months, but the Australian dollar gold price is only down half a per cent – nothing.
The US is the source of only about 12 per cent of our imports – it doesn’t matter all that much.

The Aussie has tumbled against the greenback, but is holding fairly steady on the trade weighted index, reflecting what really matters. (Unless you are committed to taking the kids to Disneyland any time soon.)

Our main exports are not very discretionary – our trade partners still need to buy even when their growth is slower. If we were relying on exporting consumer goods, it would be a different story.

And, specifically for equities investors, our stock market is quite different from Wall Street, thanks to our love of franking credits which encourages companies to pay dividends.

That gives our market a bias towards companies that actually make solid profits from which to pay aforementioned divvies, rather than companies that concentrate on boosting their share prices with promises of future growth.

The world, yet again, is a volatile and dangerous place, but we are facing it on a much better footing than most. We have more room to manoeuvre than most and are facing this challenge with a low unemployment rate.

Even the people most obviously targeted by rising interest rates – those who recently bought a house that might soon be worth less than their mortgage – the lesson of our history is that, having bitten off more than we can chew, we tend to chew like mad and mostly come through.

You still wouldn’t want to be anywhere else on earth.