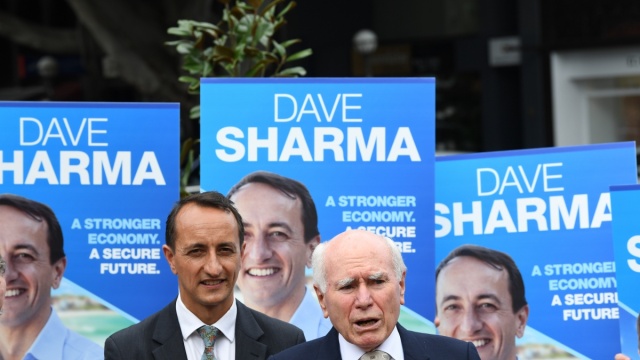 Five months after being defeated by a “teal”, Dave Sharma has demonstrated he still doesn’t get the integrity thing.

Integrity – registering as disgust with the Coalition’s anti-corruption commission failure and the billions of taxpayers’ dollars spent on vote buying – was one of the three key issues driving the community independents revolution.

But the former Member for Wentworth, Australia’s wealthiest electorate, is still trotting out the disgraced line that governments should be able to do what they like with your money and if you don’t like it, well, don’t vote for them.

Memo Dave: The electorate sent a very clear message that we’ve moved on, that the corruption inherent in using Commonwealth money for political advertising, in grant schemes ranging from #carporks and #sportsrorts to the massive Community Development Grants scandal, is no longer acceptable.

It’s no longer good enough to say “judge me on election day after I’ve blown your money” – we don’t want the money blown in the first place.

It is simply dishonest to leave open the possibility of the government being able to bribe voters and fund political propaganda campaigns with public funds.

But on The Drum on Monday, Mr Sharma showed he hasn’t learnt that lesson, one of the factors that cost him his job.

Discussing a Grattan Institute study on governments of both stripes raiding the Treasury for political advertising, Mr Sharma dismissed the suggestion of an independent panel assessing whether government advertising was genuine information or party political.

“No panel is independent and I think politicians are elected to take these decisions and they are held accountable through the ballot box every three years and by the media,” he said.

“People are free to criticise government advertising campaigns if they think they are improper, the government should pay a political price. That’s how our democratic system works and I don’t think we should be tying the hands of any government of any persuasion from doing these campaigns.”

I was on the same Drum panel on Monday and was surprised Mr Sharma effectively said “kick me”, but since he asked so nicely …

Mr Sharma’s line was much the same as that trotted out by Simon Birmingham, the former finance minister, when he was questioned about the outrageous 2019 election #carporks rort – the embarrassingly hodgepodge attempt to primarily pork barrel key Victorian Liberal seats.

“The Australian people had their chance and voted the Morrison government back in,” Senator Birmingham said.

Basically, “we won, so suck eggs”.

It betrays an integrity-free mindset – whatever you can get away with, whatever works, is fine.

The Grattan Institute study that was the subject of the discussion found about a quarter of federal government advertising over the past 13 years was political.

With the government spending about $200 million a year on advertising, that quarter adds up to some serious money – $630 million blown “on campaigns that spruiked government achievements – and spending spiked on the eve of each federal election”.

“In the lead up to the 2019 federal election, the government spent about $85 million of taxpayers’ money on politicised advertising campaigns.

Among the biggest campaigns with “strong political overtones” fingered by Grattan were Labor’s $60 million 2010-13 NBN ads, the Coalition’s $24 million 2019 “Tax and the Economy” campaign, and my personal favourite, the $39 million the Coalition stole from taxpayers for its 2021 “Building Our Future” propaganda.

What was particularly rich about that “BuildingOurFuture.gov.au” advertising blitz was that it was promoting a con job – it was a con on top of a con.

As reported here often enough, the Coalition had not actually increased its real spending on transport infrastructure. It was the states that were doing most of the heavy lifting.

To use a technical term, the whole campaign was bulls–t. And we collectively borrowed the money to pay for it. Our children will still be paying it off after every member of the last government is gone from politics.

It recommended that an independent expert panel assess all government advertising campaigns before they are launched.

Dave Sharma doesn’t think there is such a thing as an independent panel. Maybe he views everyone’s integrity through the lens of his personal experience and association.

The only Coalition MP to take a stand on the integrity issue in the last Parliament was Liberal Member for Bass, Bridget Archer, when she crossed the floor to support debate on Helen Haines’ integrity commission bill.

Tellingly, Ms Archer enjoyed a swing of 5.8 per cent to her in Bass while the Liberal Party overall crashed from 44 seats to 27. Voters noticed.

Incumbency is a great advantage for a political party without raiding the Treasury to make commercial media richer.

There is no excuse for it. This year’s election showed our standards are capable of evolving – and for the better.