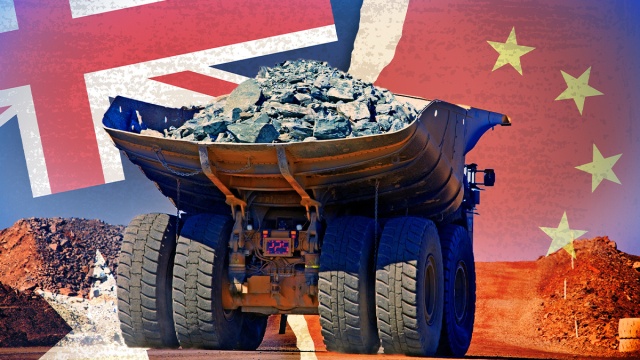 Ampol’s sharply increased refinery profits, the price of bread in Britain, environmentalists making coal miners richer and China selling down its US Treasuries stash – Machiavelli’s advice not to waste a good crisis is being heeded.

They might look like four totally unconnected matters, but all are symptoms of the sort of games that are played and major shifts that can be made under the cover of crisis and volatility.

Closest to home: The price you pay at the petrol pump. Yes, you’ve been told it’s all Putin’s fault, but it’s also some opportunistic profiteering by oil refiners.

Oil is “having a good war”. This Friday, Exxon is expected to announce its biggest ever quarterly profit, something north of $US16 billion (about $23 billion and keep the change).

Local oil refiner, Ampol, which the Australian government subsidises to keep working when prices are low, last week reported its June quarter refiner margin was through the roof, or, to use the company’s own language, it had reached “an unprecedented level”.

No, Ampol doesn’t require any taxpayer subsidy at present for its Brisbane refinery.

Australia’s only other remaining refiner, Viva Energy, announced it expects its Geelong refinery’s first-half pre-tax earnings to more than double.

Yes, inflation comes from higher prices and those higher prices come from increased costs and increased profits. Its wage earners and mortgage holders who have to pay for it.

But it’s an ill crisis that doesn’t make somebody rich. The AFR quoted Morgan Stanley as tipping Ampol would make a share buyback of between $200 million and $300 million.

(This is one of the neat things about the corporate equivalence of “agrarian socialism” that Australia has adopted – socialising losses and privatising profits. Qantas spent $637 million buying back its own shares to boost its share price the year before the government gifted it a multiple of that as COVID-19 hit.)

Putin’s contribution to the oil price – and refinery margins – will at some stage pass. What will last longer is the way environmental awareness is making existing coal mine operators and oil and gas producers richer.

Aside from the immediate crisis of Russia invading Ukraine, ESG activism (environmental, social, governance) is locking in higher prices for fossil fuels by restricting new mines and wells.

Banks and investors – either believing in ESG principles or shamed into complying – don’t want to finance new projects. Thus, with the reduced prospect of new supply, existing supply is worth more.

The financial attraction of existing fossil fuel mines and wells becomes a trade off between existing supply-and-demand fundamentals and the promise that the renewables revolution will eventually make burning such fuels uneconomic.

For those prepared to punt for an extra dollar and capable of divorcing their investment from climate change concern, existing gas, oil and coal assets aren’t disappearing any time soon.

This has been argued by private fund manager and newsletter writer Mike Mangan, who fessed up to buying New Hope Coal shares recently.

“I’m as concerned about climate change as the next person,” he wrote.” But … Macquarie reckons NHC returns ~50 per cent of the current share price to shareholders as a fully franked dividend out till 2024.

“Why so much? Well the ESG crowd hates coal. They won’t touch it. Nor will they finance new coal mines. So the only new competition comes from ESG unconstrained countries like China and India.”

Mr Mangan thinks the extra Chinese and Indian production is still two or three years away. NHC shares have doubled so far this year and are paying a fat dividend.

Coal companies are looking like tobacco when the ethics of investing in killing people forced many big institutions to sell out. Tobacco shares did very nicely nonetheless.

And China selling down its US bond holdings? Mr Mangan is a hawk about China, perhaps even a Sinophobe. He thinks China reducing its Treasuries holding is a “combat indicator” – that China will be ready to invade Taiwan when it has disposed of its last Treasuries.

China sold $US100 billion worth of Treasuries in the past six months, taking its holding under $US1 trillion. Mr Mangan figures that, at the present rate, they will be out by 2027.

“Whilst America is debating whether to refer to the President as he or they and whether ethnicity or IQ should determine access to Harvard, Russia and China are busily working on creating a global payments system based on the yuan rather than the dollar,” Mr Peters writes.

“China is demonstrating just how easily it could, if it wished to, weaponise US Treasury debt. Previous assumptions that it could but wouldn’t were based on the belief that Chinese growth was primarily dependent on American consumers and that Beijing would therefore do nothing which might jeopardise its own growth trajectory.”

Departing from Mr Peters’ line to my own, this looks like a cost of the US drive to bifurcate the world, a drive Australia has volunteered to join as a leading flag waver. The world will not be a better place divided into American and non-American camps.

And the price of bread in Britain?

It was something of a passing observation by Mr Peters, that there seemed to be a mismatch between headlines and what has actually been happening to the price of wheat.

In light of the Ukraine/Russia agreement to reopen the Black Sea ports and the subsequent couple of missiles landing in Odessa:

“If Ukraine can get its silos emptied and refilled, then the world can look forward to access to 80 million tons of wheat by September and although that will alleviate immediate pressure on global food supplies, it does not mean that inflation is about to be dealt with.

“By the way, in November last year wheat traded as high as $US311/bushel. At the peak of the Ukraine crisis – not that the actual peak has necessarily yet been seen – that was up to $US450/bushel but is now at the time of writing back at $US328.25/bushel.

“Not wanting to create a wrong impression, just ahead of the Russian invasion, the price was about $US263/bushel so the wheat price is “only” 20 per cent higher than it was before the war began.

“Why do I sense a disconnect between actual world prices and those we face in the shops? Somebody’s making out like a bandit.”