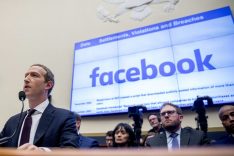 Meta’s Q2 earnings reveal a steep drop in revenue, with earnings missing Wall Street estimates and weakened forecasts pointing to a rocky future for the holding company. A waning digital ad market is spelling rough waters ahead for Meta, as it embattles TikTok and a tumultuous stock market in its bid to restore investor confidence.

Analyst expectations were not met by Meta – a fact that Zuckerberg attributed to the economy being in a downturn that will hurt digital advertising.

Facebook and Instagram, both subsidiaries of Meta, are dependent on digital advertising. A rocky macro environment has already begun to impact the platforms’ ad revenues, with Meta reporting a significant 1% drop in revenue. Ad impressions delivered across Meta’s family of apps increased by 15% year over year, and the average price per ad decreased by 14% year over year.

Meta reported revenues of US$28.82 billion in the quarter and earnings of US$2.46 per share. Both figures missed analyst estimates of US$28.94 billion and US$2.61 per share respectively.

“This outlook reflects a continuation of the weak advertising demand environment we experienced throughout the second quarter, which we believe is being driven by broader macroeconomic uncertainty. We also anticipate third quarter Reality Labs revenue to be lower than second quarter revenue,” the Q2 report stated.

The Reality Labs division, which produces the VR and AR responsible for manifesting the metaverse, lost US$2.8 billion in the quarter.

Troubling revenue figures may explain why Meta announced its plans to pause hiring and “turn up the heat” on performance management at the start of July.

In a weekly employee Q&A session, Zuckerberg said the company has reduced its target for hiring engineers in 2022 to around 6,000-7,000, down from an initial plan to hire about 10,000 new engineers.

Mumbrella reached out to Meta Australia to discern if the hiring pause would affect existing and future employees in the ANZ region.

Monthly active users (MAUs) were at 2.93 billion, versus 2.94 billion expected.

A conservative stance has been taken for the Q3 forecast: Meta expects Q3 revenue to be in the range of $26 billion-$28.5 billion. Total expenses in 2022 are expected to be between $85 billion and $88 billion, down from prior estimates of $87 billion to $92 billion.

Meta’s shares have been slashed in value by approximately 50% in the YTD, denoting low investor confidence about the sustainability of the company’s primary online advertising business.

Effective November 1st, David Wehner, the company’s current chief financial officer, will be taking on a new role as its chief strategy officer – an entirely new position at the company. The move may have been inspired by desires to bolster investor confidence, given shares tumbled 3.8% in extended trading following the earnings call.

Instilling a CFO in a corporate strategy & development oversight role may have been an attempt at encouraging investors to perceive Meta’s future strategic ambitions as more sustainable & fiscally prudent.

The majority of DAUs seen on Facebook originate from the Asia-Pacific region, with increases in DAUs driven primarily by the APAC region.

The user figures don’t appear to be in line with revenue growth, given that the US and Canada are driving most of the revenue.

Geopolitical mayhem in Europe and Russia’s war on Ukraine may explain why the region is posing a challenge to Meta.

Much to the ire of the platform’s users, Instagram altered the layout of its homepage in 2022, prioritising ads and suggested reels while burying posts from friends and family. Instagram was heavily criticised for attempting to imitate TikTok’s home feed, with countless users swearing the platform off entirely or pleading with Instagram to revert the changes.

In fact, Instagram’s largest, and perhaps most influential accounts – that of Kim Kardashian and Kylie Jenner – have ardently supported the wave of criticism directed at Instagram for its user-unfriendly changes.

While the half-sisters boast a combined 686 million followers on the platform, their influence may not be enough to sway Instagram’s determination to compete directly with TikTok.

“The second thing I’m hearing a lot of concerns about is photos, and how we’re shifting to video. Now, I want to be clear that we’re going to continue to support photos,” said Mosseri.

“That said, I do believe more and more of Instagram is going to become video over time.”

In a February call with Wall Street analysts, Meta CEO Mark Zuckerberg said that Instagram Reels “face a competitor in TikTok that is a lot bigger, so it will take a while to… catch up there.”

Zuckerberg also said that the percentage of content people see in Facebook and Instagram that comes from accounts they don’t follow will more than double next year – a plan that may trigger an eventual exodus of Instagram users, who are increasingly fed up with Instagram’s poorly rearchitected rendition of TikTok.

“In the near term, the faster that Reels grows, the more revenue that actually displaces from higher monetizing products,” said Meta CEO Mark Zuckerberg.

“It was good to see positive trajectory on our engagement trends this quarter coming from products like Reels and our investments in AI,” Zuckerberg added in the report.

“We’re putting increased energy and focus around our key company priorities that unlock both near and long term opportunities for Meta and the people and businesses that use our services.”

The post Meta’s decade-long revenue streak comes to a crashing halt as company lays off staff appeared first on Mumbrella.