Police relocate alligator after it turns up outside US school

Melbourne's Royal Children's Hospital says its emergency department is at capacity for the second time in under a week – another marker of the state's under pressure healthcare system.

In a statement posted on their Facebook the hospital says "its Emergency Department are experiencing extremely high demand and extended wait periods".

"The most seriously injured or sickest children will always be seen first."

"Therefore, we are currently working closely with The Department of Health and Ambulance Victoria to divert less urgent care where possible."

It's the second time in less than a week the hospital has issued such an alert.

The first one was announced six days ago on May 8, with the hospital issuing a statement saying: "Our Emergency Department (ED) is currently experiencing an incredibly high volume of patients". 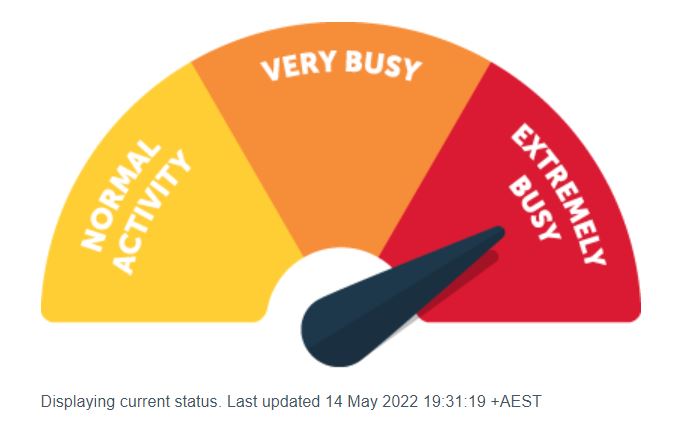 Currently the ED tracker is sitting at 'Extremely Busy'.

Professor Karen Price from the Royal Australian College of General Practitioners told 9News something needs to be done.

At Close of Business: Mark Pownall on property in the South West