Police are investigating a string of attacks after violence erupted along the St Kilda foreshore in Melbourne on Cup Day yesterday.

Officers on horseback were forced to move in as fights broke out between young and drunk revellers.

Projectiles were thrown at the animals and officers, while one man even removed a member’s hat and taunted police.

The confrontation erupted from 4pm but lasted well into the evening after a day of mostly peaceful Melbourne Cup celebrations.

“We ended up calling the police because it was getting out of hand,” one witness told 9News.

Five women were allegedly threatened with a knife during an alleged attempted carjacking, as they sat in their car parked off Marine Parade about 11.30pm.

Police said two men approached the car and one jumped onto the bonnet and allegedly started kicking the windscreen.

While the other man allegedly demanded the driver hand over the car, while displaying a knife that was tucked into his pants.

The women rushed out of the car and one of the men jumped into the driver’s seat.

The other offender jumped off the car and allegedly repeatedly punched one of the women in the head multiple times.

The two men were arrested by police. 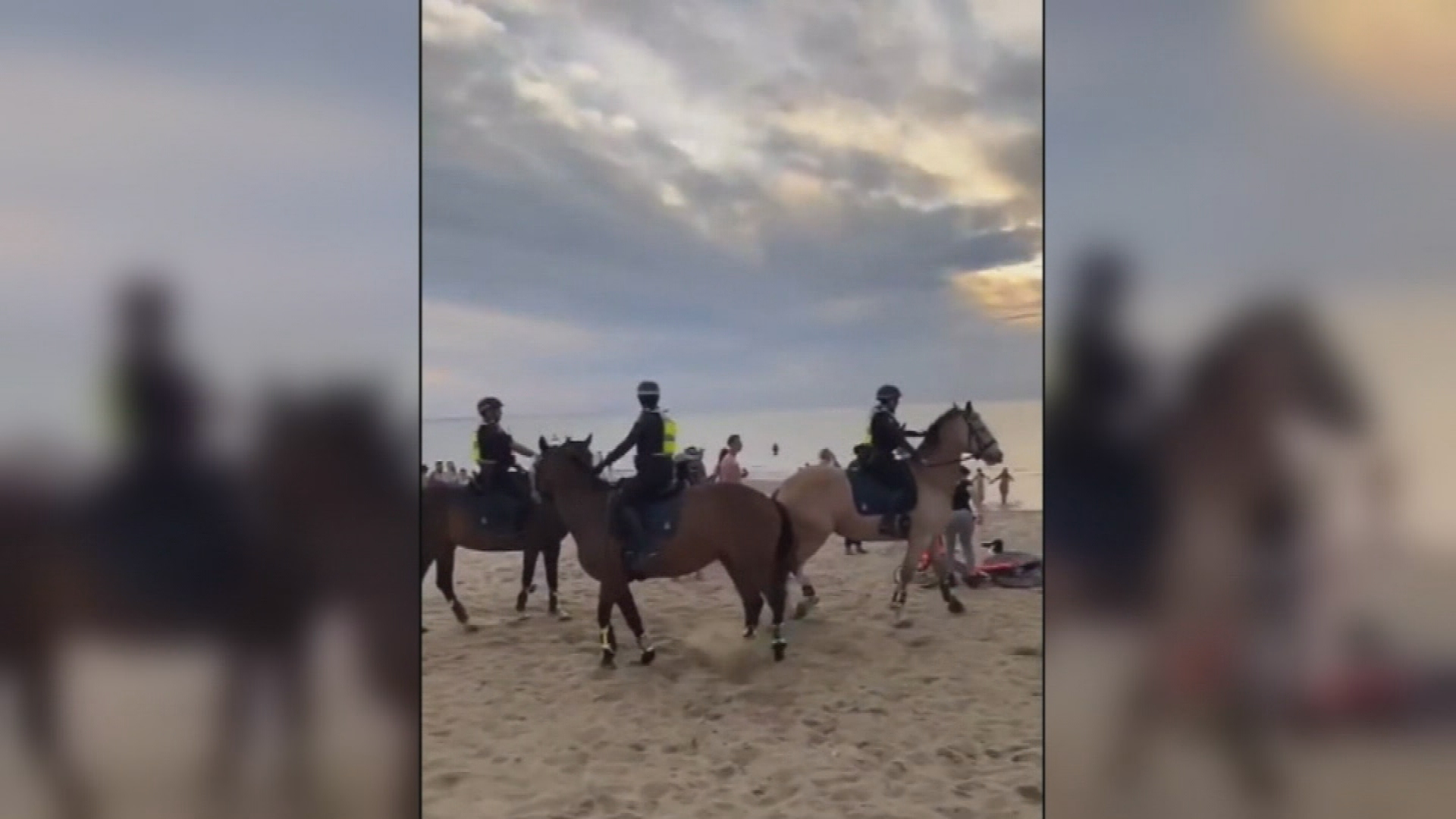 “Officers who were in the area at the time raced to the scene upon hearing the women scream and arrested both of the males,” Victoria Police said in a statement.

“They are currently assisting police with their enquiries.”

The woman who was allegedly assaulted was taken to hospital with minor injuries.

Police are also investigating a stabbing that took place earlier at St Kilda Beach and whether it is linked to this attack.

A 26-year-old man from Tarneit received a cut to his face during the incident.

He was taken to hospital with non-life-threatening injuries.

“A number of groups engaging in anti-social behaviour were broken up over the course of the day,” police said.

“Investigations into these incidents remain ongoing.”

Hoons also hijacked the streets, with dozens of cars and motorbikes mounting the walkway doing burnouts until midnight.

“Police will simply not tolerate those who seek to break the law, detract from the good behaviour of others, and disrupt people who are simply trying to enjoy a day at the beach,” police said.

Locals have been left with a mammoth clean-up today, with the foreshore and gardens trashed by revellers.

Temporary alcohol bans are in place on the foreshore across summer.