‘It’s not the 80s’ says Nine’s Stephenson on overnights; Netflix will ‘lose money’ with ad model in Australia 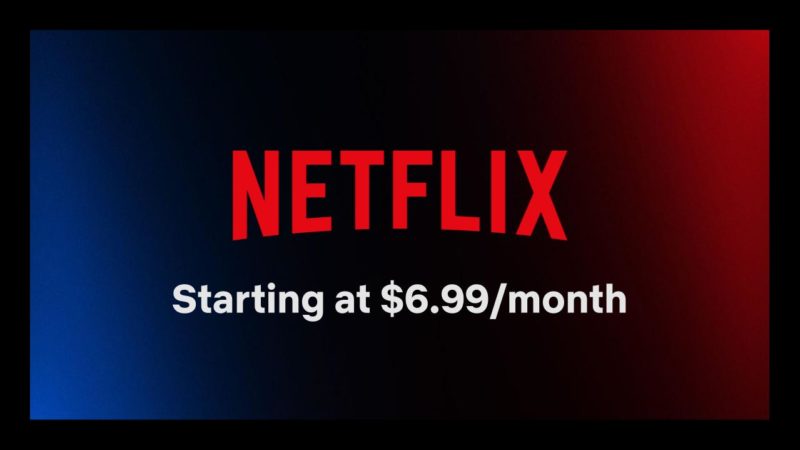 Basic with Ads – Netflix’s lower priced ad-supported plan – will launch in November, according to the US-based subscription streaming service and production company via an early Friday morning (AEDT) press conference.

Basic with Ads offers all the features of Netflix’s Basic plan, with a few differences:

What stays the same: A wide variety of TV shows and movies; personalised viewing experience; a wide range of TV and mobile devices; change or cancel plan at any time.

What’s different: Video quality up to 720p/HD (now for both Basic with Ads and Basic plans); average of 4 to 5 minutes of ads per hour; a limited number of movies and TV shows won’t be available due to licensing restrictions, which Netflix says it is working on; no ability to download titles. Starting in November, new users can sign up by visiting Netflix.com and register with their email, date of birth and gender. Existing users can change tiers like they do now, with no need to cancel. People can switch plans at any time, but if users change to a cheaper plan, it will only take effect on their next billing date.

At launch, ads will be 15 or 30 seconds in length and will play before and during shows and movies.

“To help advertisers reach the right audience and ensure our ads are more relevant for consumers, we’ll offer broad targeting capabilities by country and genre (e.g. action, drama, romance, sci-fi). Advertisers will also be able to prevent their ads from appearing on content that might be inconsistent with their brand (e.g. sex, nudity or graphic violence),” Peters says.

“We have partnerships with DoubleVerify and Integral Ad Science to verify the viewability and traffic validity of our ads starting in Q1 2023,” he adds.

Basic with Ads will launch just 6 months after Netflix first announced the option of a lower priced ads tier.

Peters concludes: “None of this would have been possible without our team’s hard work or Microsoft’s extraordinary partnership. The switch from linear is happening at an ever increasing speed, with streaming now surpassing free-to-air and pay TV in the US. We’re confident that with Netflix starting at $6.99 per month, we now have a price and plan for every fan. While it’s still very early days, we’re pleased with the interest from both consumers and the advertising community and couldn’t be more excited about what’s ahead. As we learn from and improve the experience, we expect to launch in more countries over time.” Local media buyers share their thoughts on how the new ad-supported tier might affect the local SVOD market.

“It’s very difficult to plan and buy media when there are question marks around the audience,” PMX head of media intelligence Rowena Newman tells Mumbrella. “So, for us, the biggest question at the moment is around the proposed source of volume for the new Netflix ad-funded platform. More specifically I’m keen to understand the proposed price point(s) and the differential between the new ad-supported platform and the non-ad-supported platforms.”

Carat Australia’s chief investment officer, Craig Cooper admits one of the biggest questions the agency has with the AVOD platform launching in Australia is how big it will be. “From November they will be starting with a base of zero, so at this stage, we are looking to invest advertising dollars into the unknown (albeit third-party verified impressions),” says Cooper, adding,” Netflix however wouldn’t be trialling this AVOD platform in 12 countries if it didn’t have big aspirations and if overseas competitor similar AVOD services are the benchmark, within 12 months we could see 30% or more subscribers on the lower tier AVOD model.”

Half Dome’s head of commercial, Paul Wilkinson’s main question is if the streaming giant Netflix will release its viewing data to agencies.

“Current commentary suggests they will not, at least in its first iteration, and without this, it’s a leap of faith,” he says. “The other (related) question is what will be the uptake of the ad-supported model? Recent predictions suggest it may be around 7% of subscribers, and with some back-of-the-napkin maths, this indicates an audience of about 450,000 in Australia – hardly breathtaking.”

Impressive general manager – Melbourne, Ronny Raichura, questions how Netflix would integrate ads natively into their platform that doesn’t affect the customer experience. “Would the advertising be available on an auction basis or a fixed price model?”

Netflix tells Mumbrella the ads will be fixed-price only: “We’re not doing auctions”. Jeremi Gorman, president, worldwide advertising – Netflix, says this will be the case at launch, but will be “to be determined at a later date”.

Gorman also says Netflix won’t be disclosing the CPM for brands at this time.

Raichura adds: “Would the ads have a skippable component or would it be a forced view, and what kind of targeting would be available given the concerns around the use of personal data for advertising?”

The ads won’t be skippable at launch, Netflix tells Mumbrella, but this “may or may not change as we learn what will be the right experience for our members and advertisers.”

Netflix adds: “At launch, advertisers can target by country, genre (e.g. drama, action, etc) and Netflix Top 10.” Ads will be targeted on date of birth and gender, and data won’t be shared for building profiles on any other service.

The Ad Room director, Melissa Roberts, says: “For our clients at The Ad Room, which are kids and family specific, it could have been a welcome change offering more accessible content in a very niche market.”

However, she notes due to the targeting restraints of not being able to be age or gender specific, quite rightly they will not open advertising up to children’s programming. “We will be watching this space as Microsoft develops the offering,” she admits. This will no doubt change, now knowing Netflix’s new targeting options around age and gender.

Avenue C head of media, Daniel Cutrone, says he’s excited about the ad-supported models across the SVODs in Australia.

“With the cost of living increasing, we anticipate a significant take-up for the ad-funded models available to consumers,” says Cutrone. “We have seen Aussies adopt SVOD viewing en masse over the last few years (today, over 4.1 million don’t watch any commercial TV or BVOD in a given week), making significant impacts on free-to-air viewership, meaning advertisers couldn’t access a huge chunk of premium video content viewing, until now.” As for how Netflix and its ad-supported tier will affect SVOD platforms with no ads, Half Dome’s Wilkinson says: “I do not see ad-supported and ad-free models as being mutually exclusive.

“In fact, Spotify has proven they can live side by side quite effectively – if anything, this opens the door to growing the overall subscriber pool. Rather, I see the main challenges residing with the traditional publishers, as advertising budgets won’t increase, they will split into additional pieces, likely putting further pressure on linear broadcasters and, in turn, BVOD, AVOD and the like.”

PMX’s Newman explains: “The obvious point to make would be around market supply/demand and the resulting inflation/deflation and revenue for the TV broadcasters but I think it’s important to look beyond that to BVOD and Netflix as part of a total video market. The bigger and more diverse pool of video inventory is always going to be better for advertisers.”

She hopes the change is bigger than just a larger pool of video and that the launch of a Netflix ad-supported model in Australia will change the game for broadcasters when it comes to BVOD, “by changing the conversation that advertisers and media agencies are able to have with the broadcasters.”

“Beyond the usual suspects of pricing, audience targeting, frequency management and placement, we can’t wait to be able to understand the broader measurement for SVODs within Total TV,” Newman says.

“We anticipate that with Netflix and Disney moving into the space, the others will follow suit, and provide a new way to reach incremental audiences at scale,” adding, “It will be important for the commercial TV networks to come together to ensure their offering is just as seamless and accessible to remain indispensable outside of news and sport. Consumers are demanding a lot more from their broadcasters these days, and the choice is in their hands, so linear TV needs to up its game to remain a compelling choice in the viewing repertoire.”

Impressive’s Raichura notes that ultimately SVOD platforms will live or die on the quality of their content.

“The issue with Netflix is that 95% of their content is not owned by them and additional players into the market investing in their own quality content are likely to be self-sustaining through subscription fees if they don’t go down the route of advertising,” he says.

PMX’s Newman adds: “It will be interesting to see what the other SVOD platforms do as they start to mature, especially given the high levels of subscription-sharing that are being reported. Supplementing the premium ad-free offering with a cheaper ad-funded platform makes sense.” Carat’s Cooper thinks Netflix going first will be “watched by many other SVOD services, in particular Disney+ who are rumoured to be launching mid-2023 – there sometimes can be a great benefit in not being the first market mover.”

As for what the media buyers think the ad-supported tier will provide advertisers here in the local market, Half Dome’s Wilkinson, admits: “The SVOD space is currently a black hole for advertisers; viewers may as well be reading a book as we have no way of targeting them. The ad-supported model brings a whole ‘new’ audience to work with and will undoubtedly open up many opportunities as things develop.”

PMX’s Newman shares: “Netflix’s commitment to premium experience for users, including the ads shown, could serve to lift the quality of advertising in Australia and reignite a focus on compelling, emotional, brand-building advertising for some advertisers who want to utilise the platform.”

She concludes that Netflix’s strength is its premium user experience, with a recommendation engine that curates preferred programs and drives ongoing engagement.

“Driven by media-procurement approaches globally, the art of planning TV and BVOD has devolved into a numbers game, a push for the cheapest CPM irrespective of engagement and contextual relevance,” she says. “I’m hopeful that the Netflix ad-supported platform will change the game, and provide the impetus for advertisers to re-discover the brand-building power of premium, contextually-relevant advertising.

“If advertisers are able to see the effectiveness of a new approach that is based on premium content and contextual relevance with Netflix, I hope that it will open the door to better conversations around video strategy for all, including broadcasters.”

Carat’s Cooper concludes: “Netflix (and Microsoft) have been quite confidential with their offering thus far, but we do know a few of the launch elements.

“The offering will be pre & mid-roll advertising, both 15” and 30 sec, but they have managed to solve the industry frequency issue with mandatory programmatic buying through the Xandr Invest DSP (Clients can also purchase via IO directly with Xandr also). We know that targeting capabilities in the launch phases will be limited and there are a few categories that are being restricted including political and wagering.”

The post Media owners weigh in on Netflix’s $6.99 ad-supported tier in Australia appeared first on Mumbrella.