McAuliffe and Youngkin in close race for position of governor

Tight races for governor unfolded in Virginia and New Jersey late on Tuesday with the Democratic candidates narrowly trailing their Republican rivals in states that President Joe Biden easily captured a year ago.

Near midnight, the elections were still too early to call. As the vote count progressed, both races looked to be tight.

In Virginia, Democrat Terry McAuliffe addressed supporters in the Washington suburbs, vowing to “count all these votes.”

Kristin Davison, an aide to Republican Glenn Youngkin, appeared onstage at a separate event and said his campaign would continue to track the incoming votes but was pleased with the way things appeared to be headed.

Meanwhile, in New Jersey, Governor Phil Murphy was trying to win reelection against Republican former State Assembly member Jack Ciattarelli in a race that was also too early to call.

If successful, Murphy would be the first Democrat reelected as the state’s governor in 44 years.

The evening’s results, though, may ultimately be interpreted as an early judgement of Biden, who captured Virginia last year by a comfortable 10-point margin and easily won New Jersey.

The closeness of governor’s races indicated just how much his party’s political fortunes have changed in a short period. 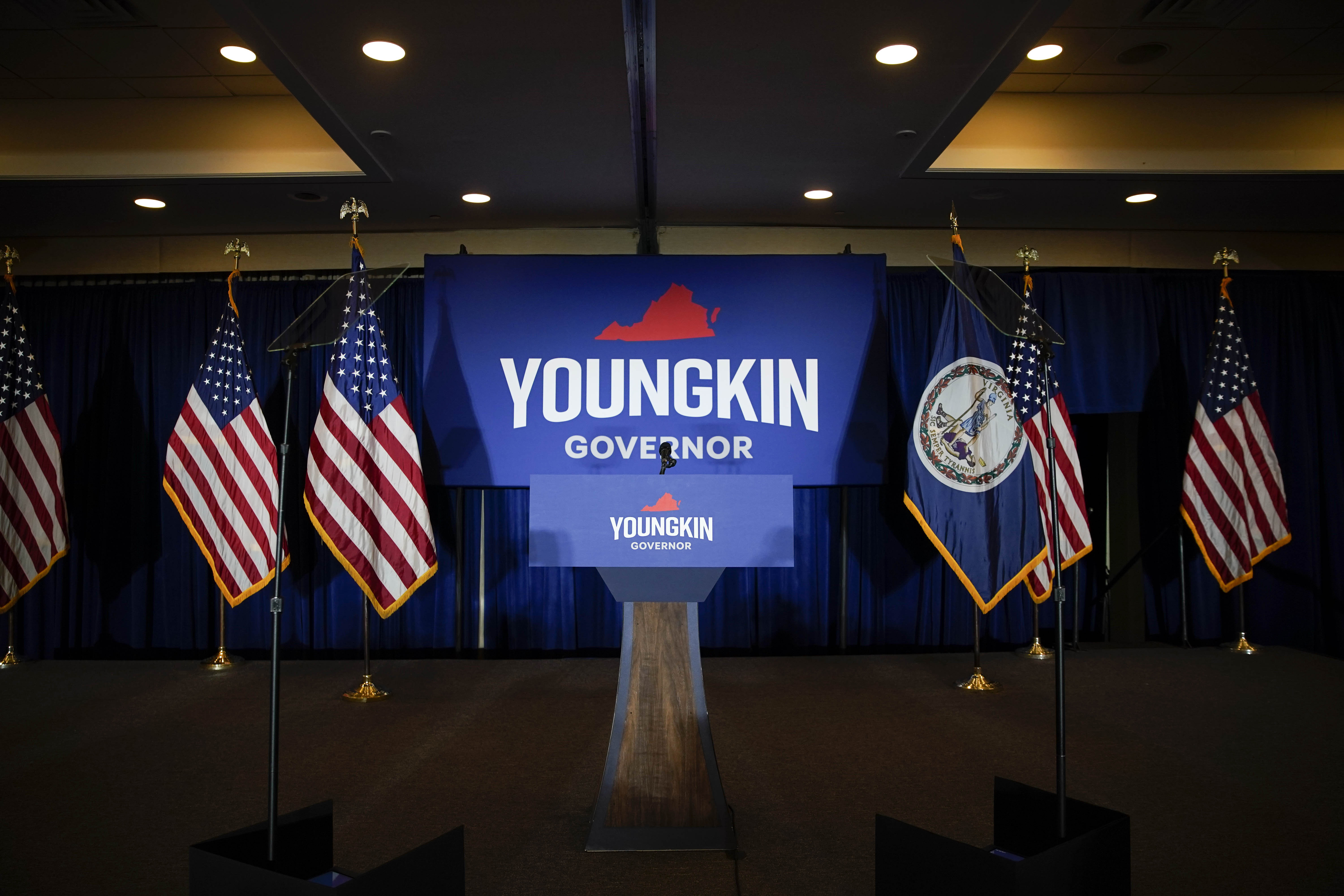 The White House has been shaken in recent months by the chaotic withdrawal of US forces from Afghanistan, a sometimes sluggish economic recovery amid the pandemic and a legislative agenda at risk of stalling on Capitol Hill.

A loss in Virginia, which has trended toward Democrats for more than a decade would particularly deepen the sense of alarm inside the party heading into next year’s midterm elections, when control of Congress is at stake.

But Biden expressed optimism going into the evening while acknowledging that “the off-year is always unpredictable.”

“I think we’re going to win in Virginia,” Biden said at a news conference in Scotland, where he was attending an international climate summit.

“I don’t believe — and I’ve not seen any evidence that — whether or not I am doing well or poorly, whether or not I’ve got my agenda passed or not, is gonna have any real impact on winning or losing.” It had sought to reshape policing in the city, where the killing of George Floyd last year touched off sweeping demonstrations for racial justice across the nation.

But no other race received the level of attention of the Virginia governor’s campaign.

That’s in part because such contests in many states have sometimes shown voter frustration with a party newly in power, foreshadowing significant turnover in Congress the following year.

The top of the Virginia Republican ticket featured a white man in Mr Youngkin, a Black woman, Winsome Sears, running for lieutenant governor and vying to be the first woman of colour to hold the post, and a Hispanic man running to be attorney general, Jason Miyares.

AP VoteCast, a survey of statewide voters, showed about half of Virginians had favourable opinions of Mr Youngkin, compared to 55 per cent saying they had unfavourable opinions of Trump, suggesting that the Republican gubernatorial candidate had successfully distanced himself from the former president. 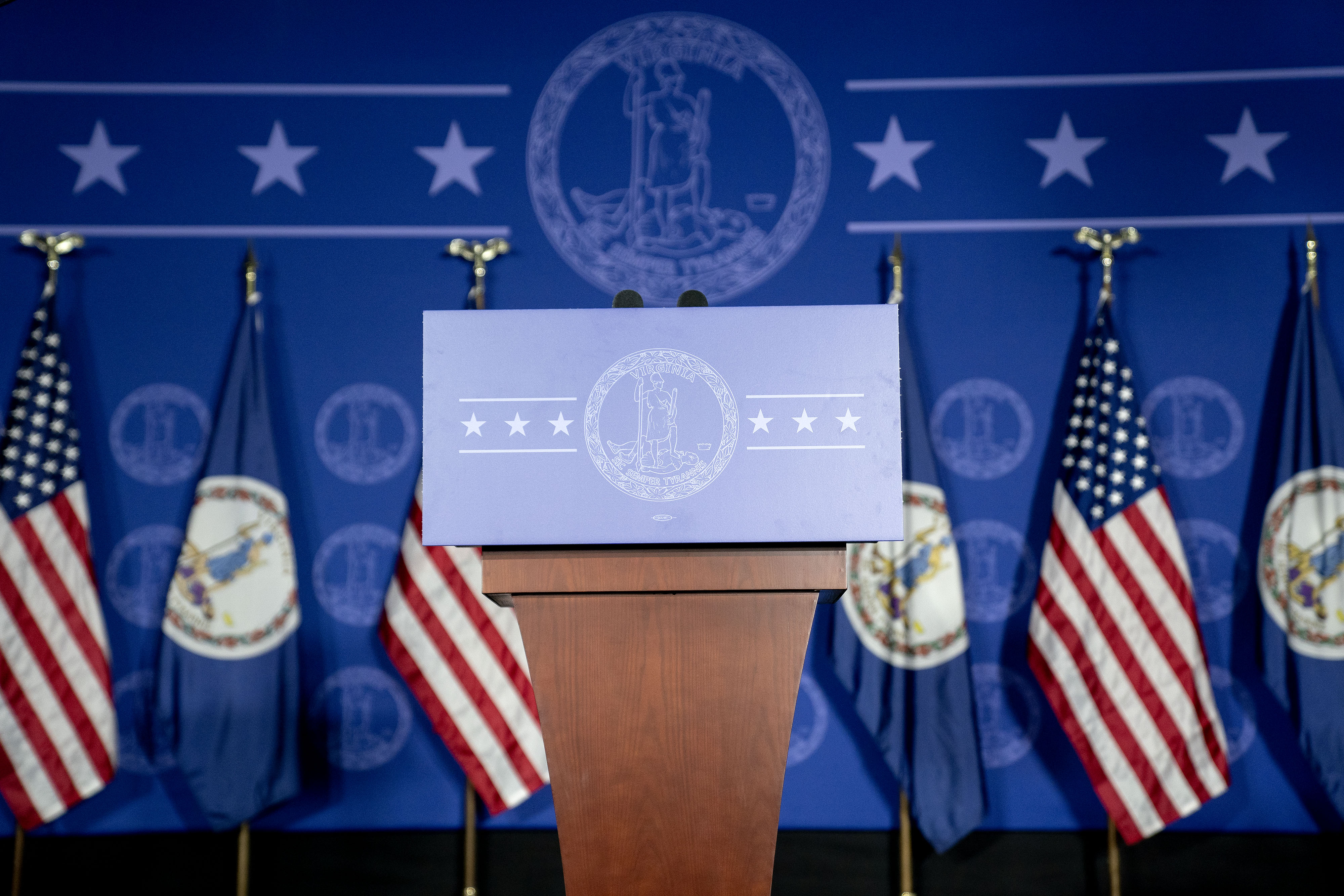 READ MORE: Tim Smith refuses to make a call on his future in politics

Mr Youngkin was endorsed by Trump but didn’t personally appear with him, though the party is still dominated by the former president.

Mr McAuliffe, by contrast, campaigned with his party’s top national stars, including Biden, whose last visit to Virginia came a week before Election Day.

VoteCast found Biden underwater, with 48 per cent of Virginia’s voters approving of his job performance compared to 52 per cent disapproving — especially stark in a state he had won so handily.

VoteCast also found that Mr Youngkin was making small gains in the suburbs, staying competitive with Mr McAuliffe after about six in 10 voters in the same areas backed Biden over Trump last year. 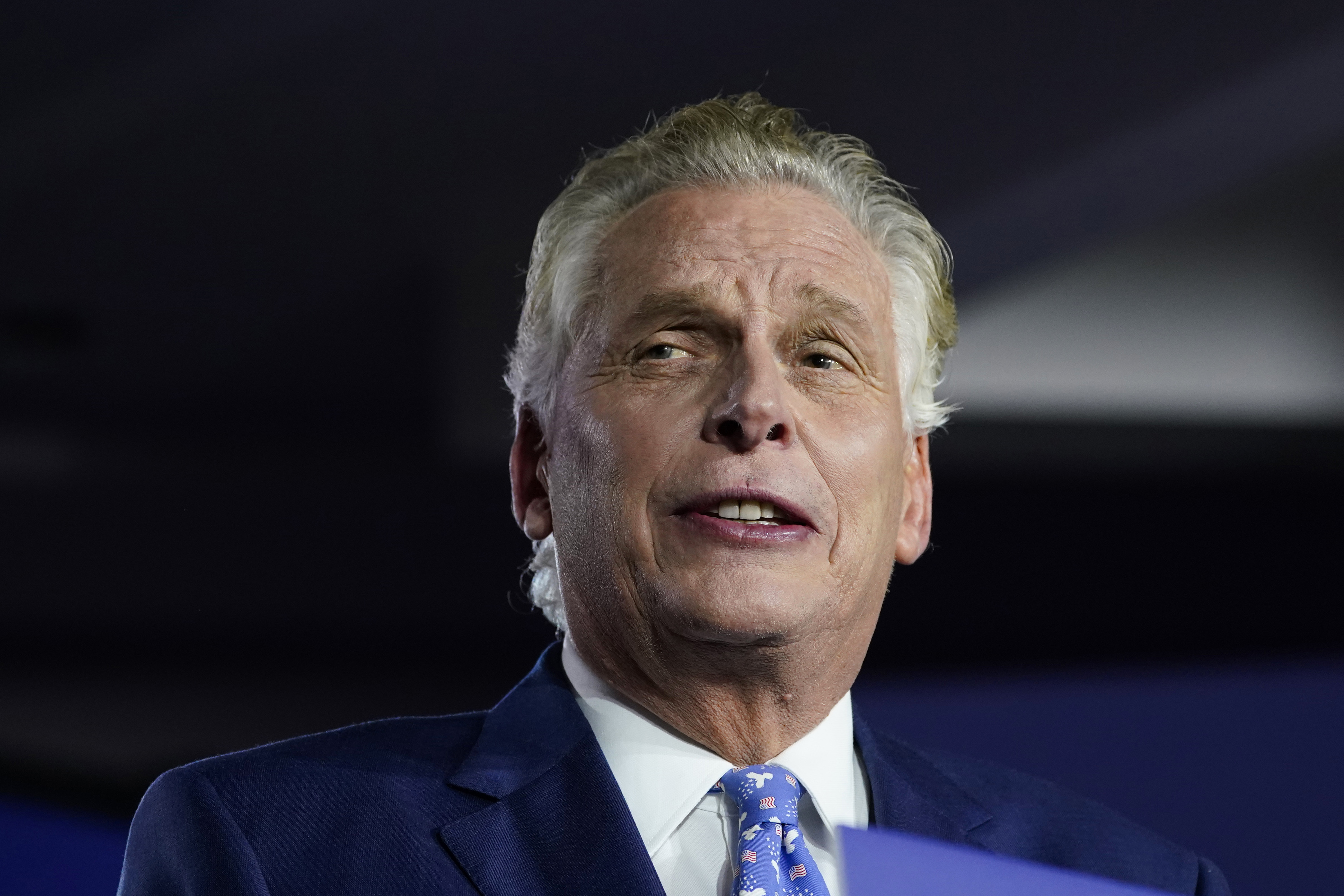 READ MORE: First homebuyers waiting for a dip in property prices will be disappointed, experts warn

In Norfolk, along the state’s Atlantic coast, 29-year-old Cassandra Ogren said she voted for Mr McAuliffe in part because of his support for abortion rights and her concern about restrictions recently enacted in Texas, where a new law mostly bans the procedure.

But she was also motivated by Mr Youngkin’s ties to Trump.

“Anyone endorsed by President Trump is not someone I want representing me,” Ms Ogren said.

VoteCast found that Virginia voters saw the economy as the race’s top issue, followed by the coronavirus pandemic and schools.

The significance many voters placed on schools seemed like good news for Mr Youngkin.

His pledge to ensure parents have greater say in what their kids are taught was a centrepiece of his campaign, possibly foreshadowing similar arguments GOP candidates will use across the country next year. 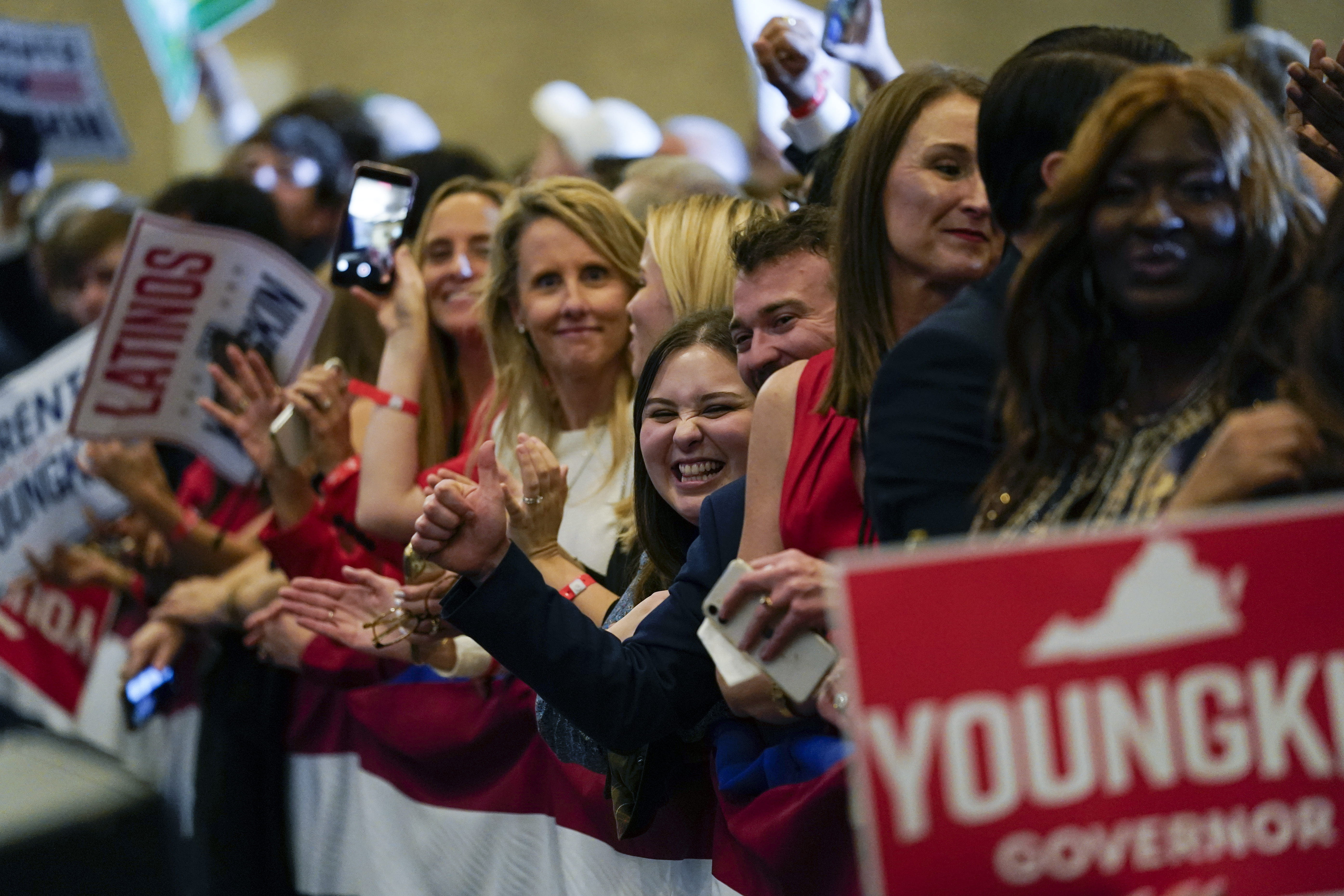 Mr Youngkin has decried “critical race theory,” an academic framework that centres on the idea that racism is systemic in the nation’s institutions and that they function to maintain the dominance of white people.

In recent months, it has become a catch-all political buzzword for any teaching in schools about race and American history.

The issue took on greater weight after Mr McAuliffe said during a debate that “I don’t think parents should be telling schools what they should teach.”

Bennett White, 24, a Youngkin voter in Norfolk, said he didn’t want “our next generation of leaders to be looking at their peers in the lens of race.”

“I just want to make sure that my mum is safe in the classroom,” said White whose mother is a teacher, “and that her ideals and everyone’s ideals are protected, and we’re not turning into brainwashing academies.”