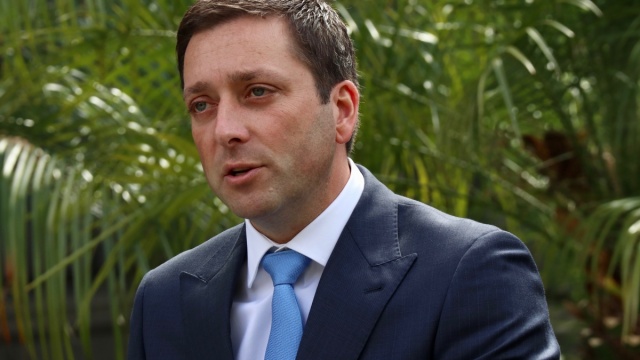 A senior Victorian Liberal staffer has resigned after it emerged he asked a donor to pay more than $100,000 to his marketing business.

Victorian opposition leader Matthew Guy says his chief of staff, Mitch Catlin, tenderer his resignation on Tuesday and he has accepted the decision despite the donor deal being unsigned.

Mr Guy said there should be a code of conduct for opposition staff, but he denied any wrongdoing took place.

“We didn’t do this. There was nothing signed,” he told reporters on Tuesday.

Under Victorian donation laws, organisations or individuals can only donate a maximum of $4210 to a party over four years.