Your attention please: What brands and agencies can be doing now to trade attention and where to start

Industry responds to the death of Queen Elizabeth II

Mumbrellacast: Lisa Ronson in surprise Coles exit, financials, back to work, and Crikey vs Murdoch

Dentsu Australia losses total $23m in 2021 amid ‘transformation and simplification’

Is Dentsu about to put all its toothpaste back in the tube?

Mumbrellacast: Dialing in from the Cannes Lions Festival of Creativity

Dentsu does away with creative and PR brands; unveils Dentsu Creative as sole integrated offering

How Australians really feel about sharing their data: Dentsu

Gayle While moves into Dentsu Creative as CCO

Dentsu predicts 6.1% growth in ad spend for 2022 in Australia 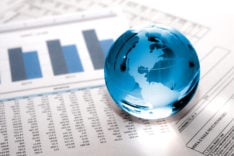 The ASX is set to rise today as global share markets went up over the last week. Aussie shares remain at high risk of further falls in the months ahead as central banks continue to tighten to combat high inflation, uncertainty about recession remains high and geopolitical risks continue.

The AUD is likely to remain volatile in the short term as global uncertainties persist. As expected, the RBA lifting the cash rate by 0.50% to 2.35% last week was announced as yet another attempt to curb inflation, which has showed few signs of slowing down in Australia.

Employment data is set to be released on Thursday. AMP has forecast a solid rise in employment of 45K, and a lift back in the participation rate to 66.7% taking the unemployment rate a little higher to 3.5%.

Read on for a wrap of the latest movements and market news in media and marketing companies.