Man begs to be allowed into WA to see dying mother

There might have joy, tears and hugs at Sydney Airport this morning as NSW reopened for quarantine-free travel.

But Aussies trying to get to Western Australia from overseas won’t be seeing any happy moments.

Ethan Carter landed in Sydney from the USA, but needs to fly to Perth, where his mother is dying.

“I’m really scared and emotional because I really want to see my mum. The doctor says she doesn’t have long,” he said.

But he is banned from going to WA due to the state’s strict border policy.

Only a coupe of hundred people can fly directly into Perth each week and do hotel quarantine, and entry from NSW or Victoria – which has also opened for travel – is not allowed.

“Mark, think of the people suffering mentally to see their family that’s also a a health issue,” he said.

READ MORE: Vaccinated tourists from Singapore to be allowed into Australia

“It is rare people are able to come in but sometimes they are based on their individual circumstances, and so I’ve spoken to my team already today and they’ll be examining that if he makes an application,” he said. 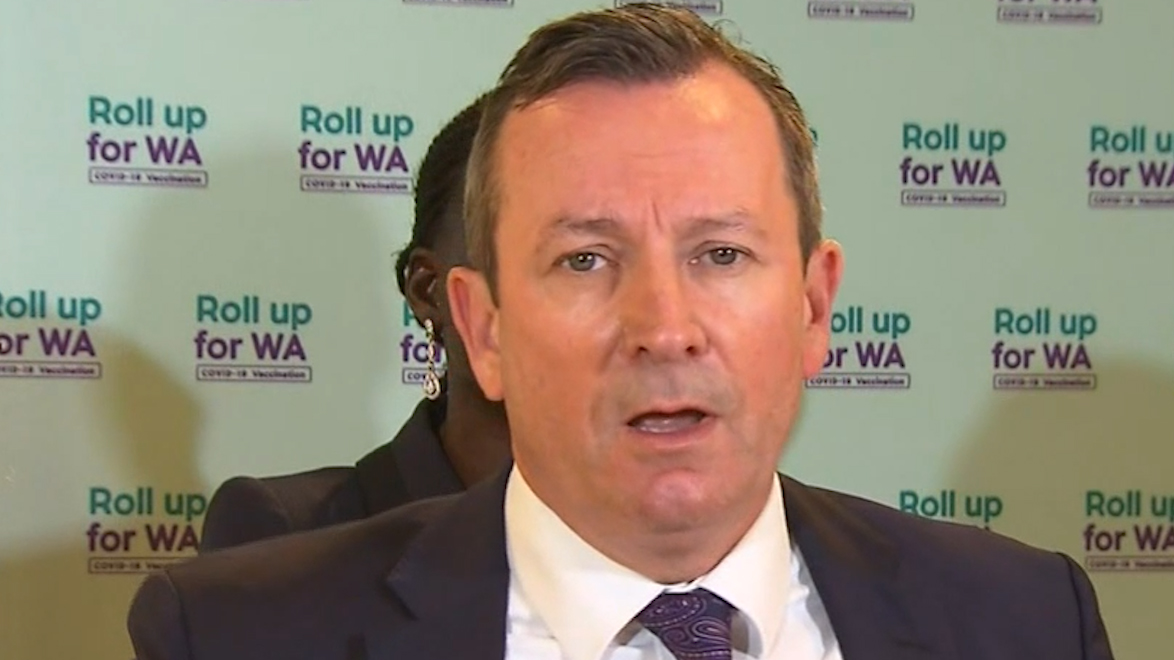 The premier also made a guarded promise to slightly lift the 265 passenger cap on the number of people allowed to fly directly into Perth from overseas in a few weeks when more people are fully vaccinated.

More than 40,000 people have registered with authorities as wanting to get home to Australia.

“Yes, there are questions about borders and travel this is about your safety and your loved one’s safety.”

“I did last time but he lost his marbles with me,” he said.