AGL to stay with UM after demerger dramas; creative undecided

‘Pens down’ for billionaire’s tilt at AGL 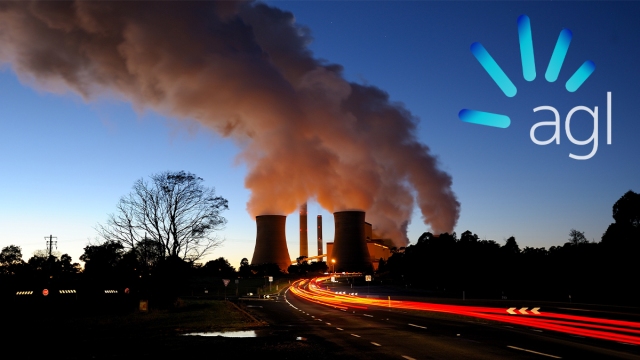 Australia must double its renewable energy generation in the next decade to meet electricity demand as coal power plants close ahead of schedule, a leading expert said.

AGL announced the accelerated closure on Thursday after climate advocates pressured the company to shift from fossil fuels more quickly.

Loy Yang A, along with Alinta-owned Loy Yang B, produces enough power to supply more than two million average Australian homes every year, and generates about 30 per cent of Victoria’s annual power requirements.

AGL incoming interim CEO Damien Nicks said the earlier closure will support Australia’s commitment to the Paris Agreement by avoiding the emission of up to 200 million tonnes of greenhouse gases.

The renewable energy sector will need to rapidly expand as the nation moves beyond fossil fuels.

This was the highest share of renewables on record, but fossil fuels still account for the majority of annual electricity supply.

In AGL’s submission to the ASX, Mr Nicks said the company’s future energy portfolio will be demand driven, with most new supply expected to come from wind and storage, such as batteries.

Ariel Liebman, director of Monash Energy Institute, said whether or not customers will see energy prices soar when coal-fuelled power stations like Loy Yang A close depends on whether Australia has enough alternative energy supplies to meet demand.

The fact AGL has given such advance notice of its plans is a big plus.

Wholesale electricity prices subsequently hiked in Victoria, South Australia, New South Wales and Queensland between 32 per cent and 85 per cent.

With AGL’s accelerated power plant closure still 13 years away, Dr Liebman said there was time to get renewable projects in place.

“There’s almost zero risk of [higher prices for customers], because it’s so far away,” he said.

Dr Liebman said the Australian Energy Market Operator’s (AEMO) integrated system plan, a 30-year roadmap of investments for the National Electricity Market, has taken into account the possibility of accelerated closures of power stations such as Loy Yang A.

AEMO found in order to replace coal power, and provide electricity consumers with the lowest-cost supply, renewable share of total annual power generation will need to rise from about 28 per cent in 2020-21 to 83 per cent in 2030-31, and 96 per cent by 2040.

“We need energy efficiency policies to reduce the inefficient use of energy, which is pretty rampant in Australia, especially heating and cooling of houses,” he said.

Poor energy efficiency is particularly a problem in Australian rental homes, many of which tenancy advocacy organisation Better Renting has found reach above the recommended safe temperature of 25 degrees for more than nine hours a day on average during summer, and below 18 degrees for most of the day and night during winter.

“Now that [AGL] can see the end of those coal generators and they know that they have to develop the alternatives, are they going to be able to do that?” Dr Mountain said.

“It’s a very different skillset to the ones that they’ve had so far. They’ve got a heap of catching up to do.

“As an organisation, I imagine they’re quite demoralised, having been at one time such a fabulously powerful corporation that became complacent.”

He said their existing 4.2 million customer base puts AGL in a strong position for their reinvention, but they will face competition.

“We are moving from a big, centrally controlled to a decentralised industry.”