Rupert Murdoch’s reported divorce ‘could reverberate throughout his business empire’

McCartney to make history at Glastonbury

‘Back off’: Tom Hanks’ tirade at fans crowding his wife

‘Trying to handle it with grace’: Rebel responds to newspaper ‘outing’

Alec Baldwin accuses Rust lawsuits of targeting him for money 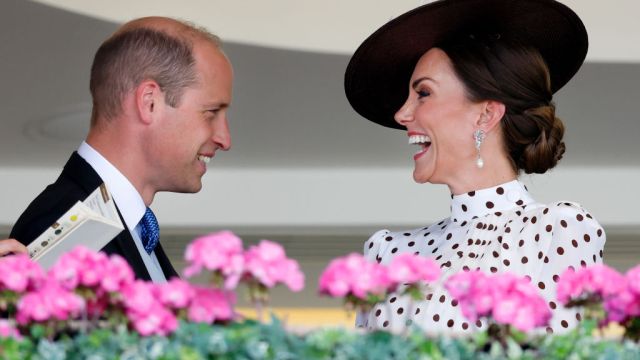 As Prince William and his wife Kate Middleton prepare to pack up and move their young family to Windsor, the future king and queen consort are also planning a lavish joint 40th birthday bash.

The Queen has reportedly given the go-ahead for a grand birthday party some time over the British summer for her grandson and Kate at one of her estates – either “Windsor Castle or Sandringham”, according to tabloid The Mirror, which broke the story.

Royal editor Russell Myers said sources had told him they felt the Duke and Duchess of Cambridge should “celebrate their landmark birthdays in style”.

William and Kate will no doubt “get down on the dance floor with a few of their friends and family”, Myers told Nine’s Today Show on Tuesday.

“I am told it will be a big party extravaganza to welcome in the big 4-0,” he said.

The second-in-line to the throne turns 40 on Tuesday. Kate marked her own 40th on January 9, but celebration plans had to be cancelled at the time due to a resurgence of coronavirus.

Instead, she marked the day quietly at the Cambridges’ Norfolk estate, Amner Hall, with the couple’s three children – Prince George, Princess Charlotte and Prince Louis – members of the Middleton family and some close friends.

“There was likely a homemade cake involved, as Kate has previously said that it’s a Cambridge family tradition to bake a cake from scratch on birthdays,” the Observer reported at the time.

Kensington Palace released three portraits of the duchess, and she gave a rare personal message through the Cambridges’ official social media accounts.

“Thank you for all of your very kind birthday wishes, and to Paolo and the National Portrait Gallery for these three special portraits. C.”

In contrast with Kate’s formal birthday shots, the photos released by Kensington Palace to mark William’s birthday on Tuesday set a different tone. They showed him selling the Big Issue magazine on the streets of London – part of his campaign to highlight awareness of homelessness.

It’s not the first time the British royals have thrown combined celebrations for birthday milestones.

In one extravagant party in June 2000, they got together at Windsor Castle to celebrate Prince Andrew’s 40th, Princess Anne’s 50th, Princess Margaret’s 70th and Prince William’s 18th.

The guest list for this summer’s do will no doubt include the extended family, headlined by William’s father Prince Charles and Camilla, Duchess of Cornwall, as well as celebrities, musicians and artists.

There will also be a few glaring omissions – including William’s brother Harry and his wife Meghan Markle. The California-based Duke and Duchess of Sussex returned briefly with their children to Britain for the Queen’s platinum jubilee celebrations earlier this month.

Prince Andrew, now firmly on the outer, is also likely to miss out on an invitation.

Myers told Nine’s Today Show that celebrations would be tempered by William’s troubled relationship with Harry.

“They are strained in the extreme. There needs to be a lot more water under the bridge before those brothers get back together,” he said.

“We saw at the platinum jubilee celebrations, they didn’t unfortunately didn’t hang out at all. I was in St Paul’s Cathedral, where I saw Harry straining his neck to try and catch his brother’s eye, but he didn’t manage to at all.

“They didn’t spend any time together over those four days.

“Prince Harry needs to stop giving interviews to American television networks before the two brothers sit down and get back to their best.

“Harry is desperate for approval from his brother and yet he’s caught in this no-man’s land that he wants to get on with the rest of his life in California. They’ve set up this brand new life … and made an awful lot of money through these Netflix and Spotify deals … and yet he still longs for this belonging from the family.”

Myers said “more space” was needed before the brothers could reunite.

He also reported another first – William “will not have his birthday marked by the flying of Union flags on government buildings to mark the birthdays of senior royals”.

The Queen and the Prince of Wales will now be the only royals to enjoy that honour – in a departure from custom.

It follows the scandal of Prince Andrew’s civil suit over his friendship with convicted paedophile Jeffrey Epstein and his subsequent “banishment from royal duties”.

“Andrew has been cut from the list on the government’s website, but so have the Duke and Duchess of Cambridge, the Duchess of Cornwall, the Earl and Countess of Wessex and the Princess Royal,” Myers said.

“Royal sources said the decision was taken to spare any embarrassment for Andrew after he was forced to pay £12million ($21 million) to settle a US civil sexual assault case in February.”

The post Lavish joint 40th birthday bash for Prince William and Kate, as Harry left out in the cold appeared first on The New Daily.