Kirstie Clements: Packing for travel and the eternal quest for the carry-on wardrobe

Kirstie Clements: ‘Jorts’ – the fashion trend that literally no one looks good wearing

Kirstie Clements: How to save money on fashion and still look great

Paypal Melbourne Fashion Festival to launch with Welcome to Country

Kirstie Clements: Believe it or not, gumboot chic is on the rise

Barramundi industry hooks into fashion in effort to slash waste

Kirstie Clements: Enough of the in-crowd. Give me real creativity and cleverness

Kirstie Clements: Paris shows are coming to their senses, after a fashion. Pity about the horse

Kirstie Clements: The cure for those fashion blahs? Chart your own style path

From fashion designers to farmers, women are transforming the cotton industry

Quality over quantity: The ins and outs of creating a capsule wardrobe

McDonald’s dips its toe into swimwear with Budgy Smuggler range

Kirstie Clements: Time to analyse the fashion of this iconic series reboot

Kirstie Clements: The top style trends of a pandemic-tinged 2021

What is sustainable when it comes to fashion? Europe's new laws rate synthetics over natural fibre

The zany looks from the 2021 AMAs red carpet

Has the pandemic changed the way we dress for work?

Kirstie Clements: Tattoo trends are well and good, but do take a dictionary

Kirstie Clements: Hooray for weddings, and the excuse to dress up 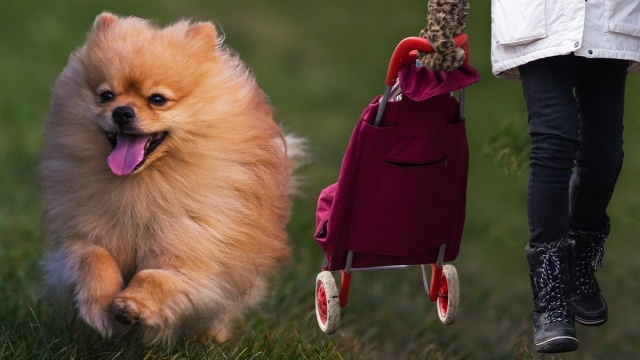 It’s funny what ageing does to your new season wish list. Throughout my life, whenever I was in Paris, that wonderful city of style, I would soak up everything and everyone around me and get inspired.

Last time I was there, in June, I looked around and decided I probably needed a Pomeranian. And a shopping trolley.

I recently downsized into an inner-city apartment and my 17-year-old car died simultaneously. I have zero interest in cars and hate driving, so I did the maths and decided that maybe I should stay car-less. There are lots of shops within walking distance. I could take a car off the road, which is good for the planet. I put the Pomeranian idea on hold, as I don’t want any snappy dependants for the time being, having just ousted my human ones, but I decided what could be very useful is a shopping trolley.

“No, you’re not getting one,” said, hmm, about 10 of my friends when I mentioned that I was toying with the idea.

“But surely there are chic ones?” I pleaded, surprised at their censure.

Later, I was reading a novel and was greatly affronted when a line popped out: “The old ladies, with their shopping trolleys and small dogs”. Are we really going to put these lovely things into the Granny category?  But as it turns out, there aren’t that many chic trolleys around.

Some of the houses like Louis Vuitton and Chanel have released them on occasion, and I recall Christian Louboutin selling lovely ones in his Paris boutique in the 90s.

I’m that fashion idiot who will pay more for something if it is a designer label, so can we introduce that trend again and make it permanent please? It seems fair, given dogs and cats can now have complete Gucci wardrobes.

It’s fantastic how fast fashion moves. Only a couple of years ago, fashion journalists were pondering jewellery for men, and excitedly noting that music star Pharrell Williams was wearing pearls at Chanel, and now it’s gone mainstream.

I was delighted to see a PR release in my inbox this week from Linneys jewellers in Perth promoting the pearl strand, “seen at the recent men’s and women’s shows”, with images of guys wearing single strand pearl necklaces.

It now seems so ludicrous that we once thought men had to wear ‘blokey things’ threaded on ugly strips of black leather instead of opening up the jewellery box to all. At a certain age, pearls probably need to be passed down the line anyway, so I’m happy if one of my sons would like my grandmother’s strand. Or do I keep it for the Pomeranian?