Abe a collaborator and forceful leader 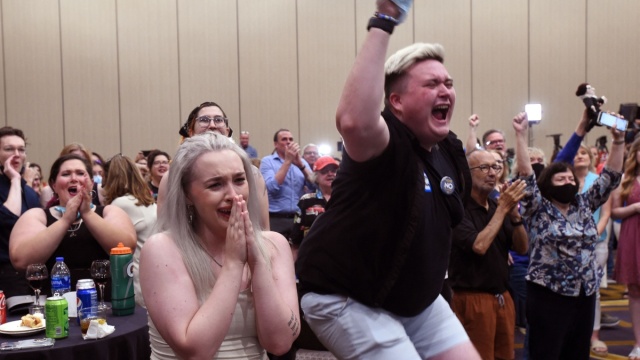 Voters in a deeply conservative American state have sent a significant message to governments and the rest of the country by voting to protect abortion rights.

The vote in Kansas was the first time voters had weighed in on abortion since the US Supreme Court overturned the Roe v Wade decision in June and the strongest backlash yet against move.

The ballot question drew national attention as an early indicator of whether abortion rights will motivate voters in November’s midterm elections.

Footage from Kansas at the moment the results became clear showed abortion rights campaigners celebrating and embracing as they declared “we are protected”.

“My state just showed up and boldly told me that they are going to take care of me and my female friends and everyone that can get pregnant in the state of Kansas,” one woman told the New York Times.

The vote will also preserve a key abortion access point in America’s heartland.

Patients travel to Kansas for abortions from Texas, Oklahoma, Missouri and other states that have banned the procedure almost entirely since the Supreme Court overturned Roe, the landmark 1973 case that legalised abortion nationwide.

President Joe Biden said the win to abortion rights advocates in a deeply conservative state showed that “the majority of Americans agree that women should have access to abortion“.

“Congress should listen to the will of the American people and restore the protections of Roe as federal law,” Mr Biden said.

Kansas’ Supreme Court ruled in 2019 that the state constitution protected abortion rights. As a result, Kansas has maintained more lenient policies than other conservative neighbours.

In Michigan, Tudor Dixon, a conservative commentator who has echoed Trump’s false claims that the 2020 election was stolen, won the Republican nomination for governor and will face Democratic Governor Gretchen Whitmer.

In Missouri, Attorney-General Eric Schmitt won the Republican nomination for US Senate, boosting his party’s chances of holding the seat after scandal-hit former Governor Eric Greitens finished well behind.

Several Trump-backed candidates have embraced his falsehoods about voter fraud, raising concerns among some Republicans that they could be too extreme to defeat Democrats.