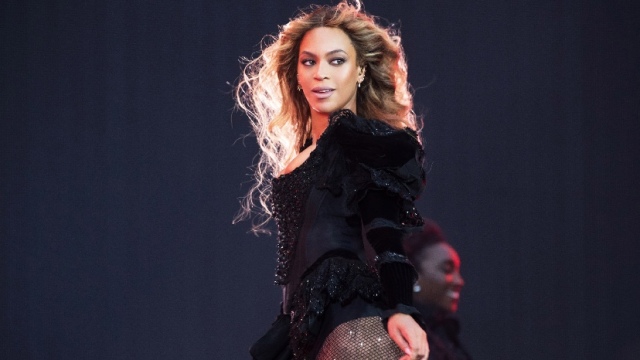 As Rolling Stone wrote last month, “for at least the past decade, Beyoncé Giselle Knowles-Carter has been the world’s greatest living entertainer”.

Her long-standing and extremely successful career within girl group Destiny’s Child (1990-2006) and as a solo artist (2003-present) has been filled with pop cultural “moments” and record-breaking releases.

As I have written elsewhere, Beyoncé’s stardom is an interesting form of world building. World building, or “worlding”, is the ongoing construction and maintenance of stardom by creating an intimate, identifiable, holistic world around the star – not just a singular star image.

The audience is in on Beyoncé’s world building the same way we watch a film. We know it is “made up” but we want to believe it’s real – or at least go along with it for the ride.

Our obsession with celebrity is centred around the “search” for the “authentic” person behind the manufactured persona in pop videos.

The Beyoncé (2013) visual album was a sign of the increasing personal intimacy of Beyoncé’s stardom, and her transition to the active creation and ownership of an intimate, identifiable and holistic world.

‘Beyoncé World’ is created and maintained primarily through Beyoncé’s music videos and visual albums, but also across her concerts, performances and public appearances, and her social media accounts and website.

Other contemporary pop stars construct an “authentic” star image through sharing intimate details of their lives via social media or semi-autobiographical albums and music videos.

But Beyonce’s social media posts are notoriously curated and tight-lipped about her private life.

She rarely posts captions and favours fashion photoshoot images of herself rather than “authentic” make-up free selfies (although she wrote a long caption to launch the Renaissance album – a rarity).

Lemonade (2016) was Beyoncé’s most personal album. It addressed the infidelities of her husband, rapper and music mogul Jay-Z, as well as her personal outrage at racial injustices in the United States.

Beyoncé World is not the messy, no make-up selfies or confession videos of other stars. It is a more curated, high fashion, high art, high concept world for fans to participate in.

Taking care of the Beyhive

Fans in France were able to buy CD versions two days before its scheduled release.

But Beyoncé has such a loyal fanbase some of her die-hard fans (called the “Beyhive”) thought it was blasphemous to listen earlier than Queen B had intended, posting instructions on social media to wait it out.

If it’s Beyoncé’s world, you need to play by Beyoncé’s rules, and the Beyhive are a key cornerstone of maintaining these rules.

Being “in the know” about specific visual and musical references the star makes (in every single output) helps fans enter into the world-building process – and they certainly want to interpret her art the way she intended it.

Her past two solo albums were both surprises: The internet-breaking digital drop Beyoncé, and the politically charged celebration of Black women in Lemonade. (She also directed, wrote and produced the film/visual album and celebration of Black Excellence, Black is King in 2020, to accompany The Lion King remake.)

Renaissance has received more of a traditional marketing buildup.

The lead single, Break My Soul, was released on June 21, and the full tracklist and album cover were posted on her Instagram before the album’s release.

While she has been teasing the album’s imagery for months, some were hoping for a visual album – or a music video for every song on the album – like her two previous solo releases.

Beyoncé has yet to release any music videos for Renaissance, other than lyric-only videos. This either means the star is about to release a Renaissance visual album or has bigger plans for a longer music film project.

A large part of her success is due to her ability to constantly reinvent herself and her music, borrowing from all genres and collaborating with a range of hit-makers and unusual musical artists.

The album includes nods to 1970s disco queen Donna Summer and New Orleans bounce-music icon Big Freedia, as well as a collaboration with Grace Jones on the track Move.

Aside from Jones, Beyoncé has worked with a wide range of collaborators including Drake, The-Dream, Honey Dijon, Skrillex, Syd, Hit-Boy, Mike Dean and AG Cook, among others.

While Renaissance celebrates diversity in dance music, the star has been called out for using an ableist slur in the song Heated, and has now announced she will remove the lyric.

It might be Beyonce’s world, but that doesn’t mean she won’t listen to her fans.

Lemonade came out during a time of great political upheaval in America and directly addressed the Black Lives Matter movement.

Renaissance is less overtly political and more a celebration of a post-pandemic opportunity to hit the dance floor. She hopes it inspires fans to “release the wiggle”.

Beyoncé World is not just created by the star and her team, but also by fans connecting the dots between her social media, her website, Renaissance and their own real world.

They’ll know not to take this album too seriously, and to imagine themselves on the dance floor with Queen B.

The post It’s Beyoncé’s world. We’re just living in it appeared first on The New Daily.