Al-Kadhimi went on to Twitter moments after the attack and called for “calm and restraint from everyone”.

“Thank God, I am fine and among my people,” he tweeted on his official account.

“I was and still am a redemption project for Iraq and the people of Iraq. The missiles of treachery will not discourage the believers and will shake a hair of the stability and determination of our heroic security forces to preserve people’s security, achieve justice and set the law in place,” he tweeted.

The Iraqi military said afterward that Al-Kadhimi was unharmed and in good health, and that security forces were “taking the necessary measures in connection with this failed attempt.” A source close to the Iraqi leader said Sunday that Al-Kadhimi was returning from overseeing security forces engaged in a stand-off with protesters at the southern gate of the Green Zone, the heavily fortified area of Baghdad where the the Prime Minister’s residence and other government and diplomatic buildings are located, around the time of the drone attack. 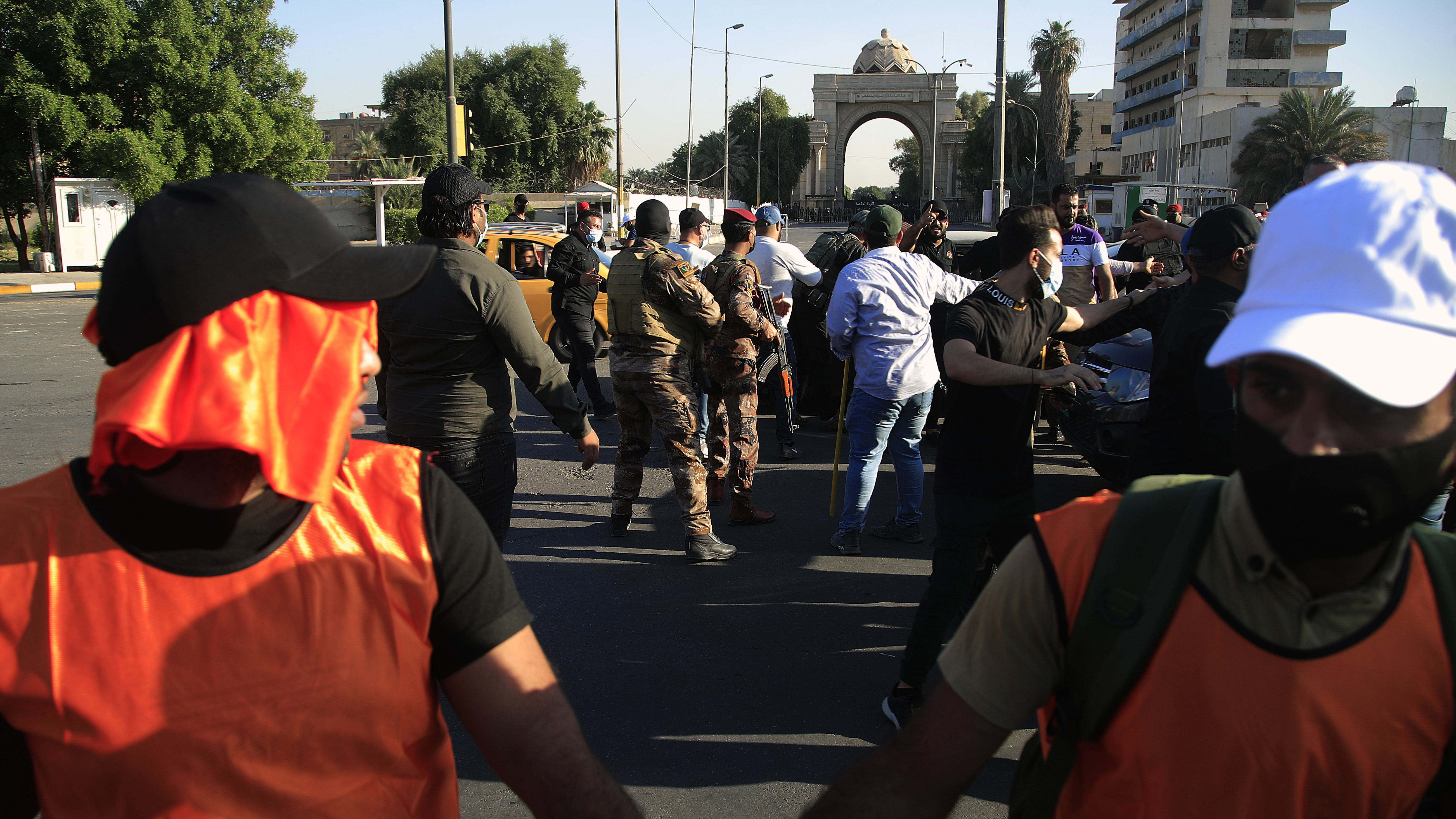 As he was just entering his residence, a booby-trapped drone targeted that location, wounding a few of his residence guards and causing minor damage, the source said.

The US State Department condemned the “apparent act of terrorism” in a statement on Sunday.

“We are in close touch with the Iraqi security forces charged with upholding Iraq’s sovereignty and independence and have offered our assistance as they investigate this attack,” spokesperson Ned Price said.

No one has claimed responsibility for the assassination attempt, but it comes amid heightened tensions in the capital.

On Friday, one person was killed and dozens were wounded after supporters of Iran-backed militias clashed with Iraqi security forces near the Green Zone, health officials told CNN.