As we aim for net zero, calls are growing for a national energy transition authority. But what exactly would it do?

When the finance moves, get out of the way: How capital is driving the transition to net zero

Some locals in this Queensland town are celebrating plans to reopen the local coal mine. Others are still fighting against it

Scientists are warning us the Mediterranean Sea is warming, and it will devastate marine life

The mysterious sinkholes of Turkey: Perfectly round, unfathomably deep and forming at an alarming rate

Action on climate change is action on the cost of living

How a roadside epiphany helped Tony change millions of lives

‘Poor and deteriorating’: Australia’s environment is sick and getting sicker

From highways to supermarkets: Enraged farmers cause chaos throughout the Netherlands. What's going on? 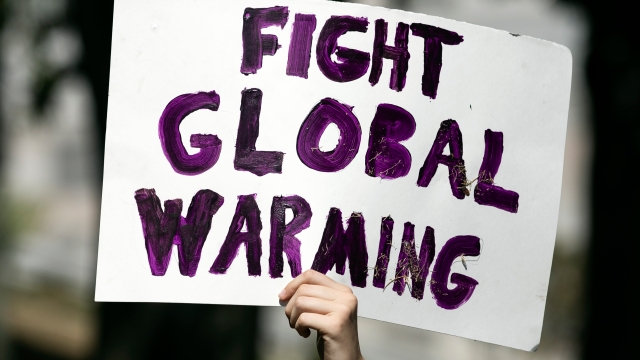 Big investors want the Australian government to make it less risky to invest in a cleaner economy, backed by deeper cuts in national emissions.

Unless climate change is addressed in an orderly and fair way, the long-term retirement savings of millions of Australians are under threat, according to the Investor Group on Climate Change.

The group, whose members manage more than $3 trillion in Australian funds, issued a report on Wednesday detailing the federal action they say will protect returns and unlock essential private capital.

Climate change will be a crucial factor in long-term financial returns, and the biggest benefit will come from limiting economic damage from global warming, according to the group’s CEO Rebecca Mikula-Wright.

Emissions milestones for 2030, 2035 and 2040 are needed to avoid putting at risk the communities and financial and environmental systems that investors operate within, the report said.

A national target aligned with limiting global warming to 1.5 degrees would require emissions to be reduced by approximately three-quarters (75 per cent) by 2035.

Newly set federal policy under the Albanese government will see emissions cut by 43 per cent this decade, with no commitment to deeper cuts by 2035.

“Governments can’t finance this transformation itself, but they can set policies that will unlock billions in private investment,” Ms Mikula-Wright said.

The report found unstable policy around investment in new technologies, goods, and services was the biggest barrier.

Australia should commit to phasing out all fossil fuel subsidies by 2025, in consultation with investors, business and people who will need new jobs, the report said.

A mandatory climate risk disclosure regime that is consistent with international best practice and fit for purpose for Australia’s emissions-intensive economy is also on the wishlist.

The regime should be aligned with the global Task Force on Climate-related Financial Disclosures and signal that international sustainability standards for accounting will be adopted in Australia.

The investors also call for an incentive across the electricity market to help replace coal-fired plants, and more effort to grow demand for alternative fuels such as green hydrogen.

Australia can’t avoid significant change across most industries and regions, and costs and opportunities must be spread fairly, the report warns.

Without community support, the transition to net-zero emissions could be slower and more costly.