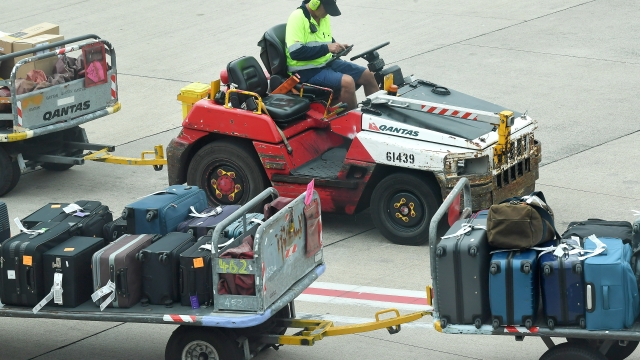 Unions have accused embattled airline Qantas of a “PR stunt” after it unveiled higher annual wage increases on Thursday in a bid to quell an ongoing industrial dispute with pilots and ground crew.

The airline says it will pay an extra $40 million a year in wages to about 20,000 workers by lifting yearly pay rises from 2 per cent to 3 per cent.

It will also spend $200 million over the next eight months on extra crew, training and overtime pay in a bid to address poor service standards.

But Transport Workers Union secretary Michael Kaine said the 1 per cent extra annual pay rise was “just more smoke and mirrors” amid a worsening industrial battle over pay and conditions for Qantas workers.

He said Qantas is trying to avoid negotiating with unions by outsourcing its staff and placing others onto contracts instead of union-backed deals.

“Wage results in Australia are decided through good faith bargaining with workers, unions and employers – a concept lost on Joyce’s management team,” Mr Kaine said in a statement on Thursday.

“This is Australia, not the Qantas dictatorship. There is an understanding in this country that workers have the right to negotiate collectively.”

Qantas also told investors on Thursday it will post a $1.2 billion to $1.3 billion profit in the second half, a sharp turnaround from the $7 billion in losses it racked up during the pandemic aviation shutdown.

Qantas did not announce plans to repay taxpayers for any of the billions of federal government support it received during the COVID pandemic.

“The fact our financial recovery has accelerated means we can invest more in rewarding our employees,” Mr Joyce said of the pay rise.

“Just this week cabin crew have been pushed to the brink and filed applications to the Fair Work Commission for a protected action ballot an to challenge Qantas’ dictatorial approach to what should be good faith bargaining,” Ms O’Toole said.

Qantas also unveiled plans on Thursday to hold back about 20 per cent of its flying capacity so it can be deployed to improve service standards.

The airline said cancellations fell from 4 per cent of flights in August to 2.4 per cent in September – and (so far) in October just 1.7 per cent.

“It’s clear that maintaining our pre-COVID service levels requires a lot more operational buffer than it used to,” Mr Joyce said in a statement.

“That means having more crew and more aircraft on standby and adjusting our flying schedule to help make that possible, until we’re confident that extra support is no longer needed.

“Qantas’ operations are largely back to the standards people expect, and Jetstar’s performance has improved significantly in the past few weeks and will keep getting better with the extra investments we’re making.”