Firefinch board members bow out

Rio mine opening has cultural focus

MinRes claims to remain under wraps 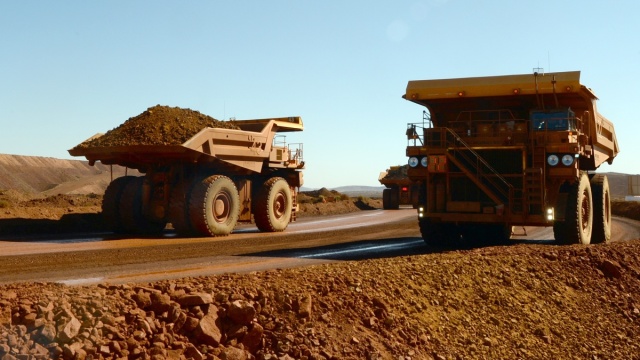 A committee chaired by Liberal MP Libby Mettam delivered its findings on Thursday after almost a year of investigations, launched after a number of women came forward to police detailing claims of sexual assaults at major WA mines.

Ms Mettam told WA’s parliament she was shocked and appalled at the scale of the problem, saying victims had faced targeted violence, stalking, grooming and threats to their livelihoods.

And she warned the industry needed to do more to force perpetrators out after hearing evidence that some had merely changed work sites or gained re-employment within the sector.

“It is completely inexcusable and simply shocking that this could be taking place in the 21st century in one of the state’s most lucrative industries,” Ms Mettam said.

“This represents a failure of the industry to protect its workers and raises real questions about why the government was not better across this safety issue.”

The committee has recommended the mining sector should explore options for a register of sexual offenders that could be similar to a “working with children” card.

It also recommends the establishment of a government forum to hear, document and acknowledge the experiences of victims.

This process could explore opportunities for redress, such as formal apologies and appropriate compensation.

Labor backbencher and committee member Mark Folkard told parliament in an emotional speech he believed this should take the form of a royal commission.

“I am of the belief we have serious sexual predators hidden within the sector. They have been there for many years and still go unchallenged,” he said.

The report criticised the performance of the WA Department of Mines, Industry Regulation and Safety.

DMIRS said it had only received 22 reports of sexual assaults on mine sites over seven years, but WA Police reported having investigated 23 incidents in just two years.

“It is difficult to believe the regulator could have accepted this level of reporting as reflecting the true situation on the ground,” Ms Mettam said.

The inquiry found DMIRS should overhaul its practices and establish a specialist unit to deal with such reports.

Ms Mettam applauded the bravery of victims who had disclosed their experiences.

One woman was told by her supervisor after a near-miss incident while driving a haul truck that he would make the investigation disappear if she had sex with him.

She was told she would have to “get on her knees if she wanted to get her shirt”, meaning a permanent job with the mining company.

Another woman was knocked unconscious in her donga and woke to find her jeans and underpants around her ankles.

Pilbara mining giants Rio Tinto, BHP and Fortescue Metals Group were among the companies to publicly front the committee.

All three confirmed they had sacked workers over assaults and harassment.

They and other miners have since rolled out safety measures, including tougher alcohol limits, enhanced reporting mechanisms and better CCTV and lighting.

Just days before the report, the Gina Rinehart-owned Roy Hill confirmed it had received a report of a woman being sexually assaulted by a fellow contractor at one of its sites.

Women’s Interests Minister Simone McGurk said the government would consider the findings before backing any specific recommendations, a position echoed by the industry.

She said mining companies would continue to struggle to attract women until they stamped out bad behaviour in the workplace.

FMG chief executive Elizabeth Gaines, who has previously opposed the creation of an offenders’ register, acknowledged some inappropriate behaviour was still occurring despite efforts to improve safety and a “zero-tolerance” policy.

A 2020 report by the Human Rights Commission found 74 per cent of women in mining had experienced harassment in the previous five years.

The Minerals Council of Australia said the industry was committed to eliminating sexual harassment and would continue to progress further safeguards.