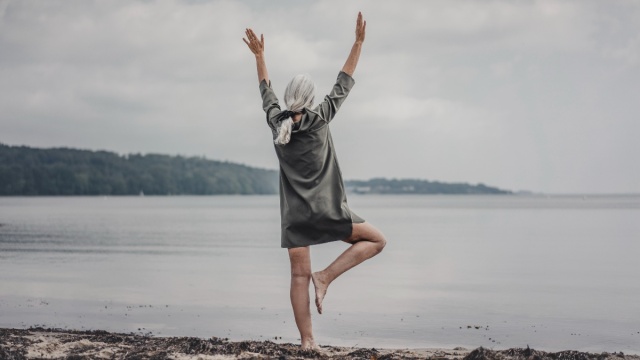 From about the age of 30, muscle strength and flexibility begin to drop away unless you work to preserve them.

And if you’re halfway fit as a young person and stop exercising, your aerobic fitness will start to decline after about a week of neglect.

Overall, though, our ability to balance is more or less preserved by just walking around.

When we hit our 60s, it starts to wane, and pretty quickly.

There is plenty you can do to maintain your balance – and, according to a new study, your life may depend on it.

The international study, which included researchers from the University of Sydney, found that “the inability to stand on one leg for 10 seconds in mid-to-later life is linked to a near doubling in the risk of death from any cause within the next 10 years”.

The researchers suggest that “this simple and safe balance test could be included in routine health checks for older adults”.

The researchers drew on participants in the CLINIMEX Exercise cohort study, a Brazilian program established in 1994 “to assess associations between various measures of physical fitness, exercise-related variables and conventional cardiovascular risk factors, with ill health and death”.

About two-thirds of participants were men.

Weight, waist size and several measures of skinfold thickness were taken. Details of medical history were also provided. Only participants with a stable walking gait were included.

During the check-up, participants were asked to stand on one leg for 10 seconds without any additional support.

Specifically, to improve standardisation of the test, “participants were asked to place the front of the free foot on the back of the opposite lower leg, while keeping their arms by their sides and their gaze fixed straight ahead”.

Up to three attempts on either foot were permitted.

About one in five participants failed the test.

The failure rate increased with age, “more or less doubling at subsequent five year intervals from the age of 51 to 55 onwards”.

More than half of those aged 71 to 75 were unable to complete the test.

In other words, “people in this age group were more than 11 times as likely to fail the test as those just 20 years younger”.

During an average monitoring period of seven years, 7 per cent of participants died.

About two-thirds of the deaths were from cancer or cardiovascular disease.

The researchers report there “were no clear temporal trends in the deaths, or differences in the causes, between those able to complete the test and those who weren’t able to do so”.

But the proportion of deaths among those who failed the test was significantly higher: 17.5 per cent versus 4.5 per cent.

In general, “those who failed the test had poorer health: A higher proportion were obese, and/or had heart disease, high blood pressure and unhealthy blood fat profiles”.

Type 2 diabetes was three times as common in this group: 38 per cent versus about 13 per cent.

After accounting for age, sex and underlying conditions, an inability to stand unsupported on one leg for 10 seconds was associated with an 84 per cent heightened risk of death from any cause within the next decade.

This was an observational study, which is unable to establish cause.

Participants were all white Brazilians, which means the findings “might not be more widely applicable to other ethnicities and nations”.

And information on potentially influential factors, including recent history of falls, physical activity levels, diet, smoking and the use of drugs that may interfere with balance, was unavailable.

Nevertheless, the researchers conclude that the 10-second balance test “provides rapid and objective feedback for the patient and health professionals regarding static balance”, and that the test “adds useful information regarding mortality risk in middle-aged and older men and women”.

For most older people, your balance can be significantly improved with specific exercises (see the video above).

If you attempt the one-legged stance as described by the researchers  – placing the front of the free foot on the back of the opposite lower leg, while keeping your arms by your sides and your gaze fixed straight ahead – do not be discouraged if you can’t do this immediately.

It may take a little time. But the more you try, the more progress you’ll make.

There are plenty of resources for older people on the internet.

If you have a partner or a housemate, try working together. You’ll have a few laughs, and maybe live a little longer, and definitely better.

The post Inability to stand on one leg linked to doubling in risk of death within 10 years appeared first on The New Daily.