Michael Pascoe: The parable of the moussaka – challenges drive productivity

Revealed: How Australians are cutting back as the cost-of-living crisis bites

Elon Musk under pressure after Twitter board backs $63 billion deal

Australia already has a windfall profits tax on gas. But it’s not working

Unemployment is at historic lows, but job market conditions aren’t as strong as they seem

The fuel excise debate isn’t going away. Here are the pros and cons of cutting it

‘Remain calm’: Financial war against Russia gets hotter, but don’t panic just yet

How much super do you need to retire? New data suggests it could be less than you think

Five key things to watch in markets this week

‘Customers can see it’: Why supermarket prices will keep rising this year

Telstra and Optus lose as small NBN retailers take on the giants with tailored plans: ACCC 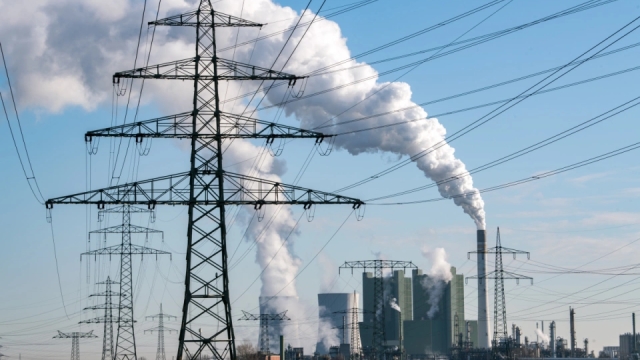 Australian consumers may end up paying to extend the lifespan of fossil fuels unless a planned overhaul of the electricity market is handled with care, energy experts have warned.

In a report on Monday, the chiefs of Australia’s energy regulators said households should start paying generators to maintain power supplies amid a growing risk of electricity shortages.

They said reforms are needed because the existing market can’t handle efforts to tackle climate change while keeping up with massive rises in electricity demand over the next three decades.

But some experts warned the plan – called a “capacity mechanism” – is risky as it could extend the lifespan of fossil fuels like coal and gas, which will be eligible for payments alongside renewables such as solar and wind.

“There’s no recognition of what our emissions reduction policies are. I’m afraid this was a design for the Angus Taylor era – that’s passed.”

The Energy Security Board (ESB) on Monday published its draft plan for a capacity mechanism to help secure affordable power supplies as Australia moves to net zero.

The scheme would introduce capacity payments for energy companies based on the amount of electricity they had the capacity to supply into the market at a given time.

The current system only pays companies for the power they actually supply to the grid.

In theory, the consumer-funded payments would improve the affordability of electricity by making it more attractive for power companies to invest in new energy capacity and maintain existing power stations.

Both of these outcomes would help boost supply, which has becoming increasingly unreliable as fossil fuels are gradually replaced by renewable energy.

The ESB – run by Australia’s energy regulators – forecasts a massive rise in the amount of new energy capacity needed in the next 28 years, equal to about 50 times the capacity of Snowy Hydro.

The national body believes in the absence of a capacity mechanism energy shortages will become more likely as demand rises.

“A capacity mechanism … will help reduce the risk of a disorderly transition,” the board said.

“It is a more direct, more certain way of ensuring we have the right amount and the right mix of capacity that we need, to deliver affordable and reliable power as our system decarbonises.”

The ESB said the scheme should be technology agnostic (i.e. not exclude fossil fuels) so that it discourages the early closure of existing generators before new power supplies can be built.

It acknowledged concerns that the mechanism would prop up fossil fuels and force consumers to hand over more money, but said these fears could be addressed through the design of the new mechanism.

“The ESB’s intent is to design a mechanism that balances the income that capacity providers would earn between capacity and energy sources to promote lower-cost investment while at the same time ensuring payments are only made where benefits to consumers can be demonstrated,” the ESB said.

But several experts warned that the plans could easily delay Australia’s transition to net zero by propping up ageing coal-fired power stations.

In contrast to the ESB, they said it would be difficult to design a scheme that mitigated this risk.

Daniel Cass, energy policy lead at progressive think tank The Australia Institute, said fossil fuels should be carved out of the new capacity mechanism to ensure consumers don’t end up extending their life.

He said the Australian Energy Market Operator (AEMO)’s latest market plans show an orderly move from coal and gas to renewables backed up by battery storage is possible without these payments for dirty electricity.

And to the extent that coal power stations are needed to supply power while the market moves to renewables, Mr Cass said states should instead contract that supply on a case-by-case basis.

“Paying expensive and unreliable generators and embedding them into a new national mechanism sounds like a very expensive and high-risk approach,” he told The New Daily.

Dr Mountain said the capacity mechanism was “completely untenable” because once the environmental costs of fossil fuels are factored in they aren’t viable competitors with renewable energy.

“The technology answer [to reliability] is pretty straight forward and clear – it’s going to be renewables and storage, not fossil fuels,” he said.

Mr Wood said energy reliability remains a key challenge for Australia during the energy transition and, if left unaddressed, could lead to soaring power prices.

The scheme could be designed to only include gas or coal payments if necessary to maintain reliability while ensuring emissions fall, he said.

“The ESB is looking for further guidance from ministers about how they want to include emissions reductions in the design,” Mr Wood told TND.

“There’s a reliability and an emissions constraint. Both need to be solved.”

Monash University professor Ariel Liebman said Australia needed to look beyond a capacity mechanism and instead “go back to the drawing board” on energy policy.

He said that if regulators aren’t careful they could end up backing in the nation’s fleet of ageing fossil fuel generators with these new payments.

“If they designed it in the way that all other capacity mechanisms have been set up [elsewhere] over the past couple of decades, then certainly that would be the outcome,” he said.

Professor Liebman added that because some jurisdictions, namely Victoria, plan to carve out fossil fuels, the resulting market could be overly complex and more expensive to run across state borders.

“It’s got a very high risk of being a shambles,” he said.

“The challenge is that for the past 10 years policymakers have been missing in action … we need a national approach.”