Half a heart girl's family have special Christmas wish

There was a point last year, Melissa Robinson admits, when she started thinking about planning her little daughter’s funeral.

Millie Robinson, two, was born with a series of serious heart conditions, which means she has “half a heart”.

When her heart stopped and she didn’t breathe for six minutes last January at Monash Children’s Hospital in Melbourne, the family was told to prepare their goodbyes.

She entertained her other children at Melbourne Zoo while surgeons operated for eight hours to try and save Millie’s life.

This is when Mrs Robinson said she considered the worst outcome.

“I walked around the zoo planning my daughter’s funeral,” she told nine.com.au.

“Things were not looking great at all.”

Doctors had suggested Mrs Robinson and husband Mark, from Albury, New South Wales, terminate what was her third pregnancy, after doctors found the baby had complex congenital heart disease during the 20 week scan.

Their other two children, Evelyn, four, and Tennyson, six, had already been born with heart conditions, and both have pacemakers.

The conditions have been passed down Mark’s side of the family.

“She (the nurse) kind of went quiet for a bit,” Mrs Robinson said.

“She said ‘the baby doesn’t look like it has one side of its heart. You maybe need to consider termination.”

But the couple refused, deciding instead to give birth to their little girl, and care for her until she died if need be. 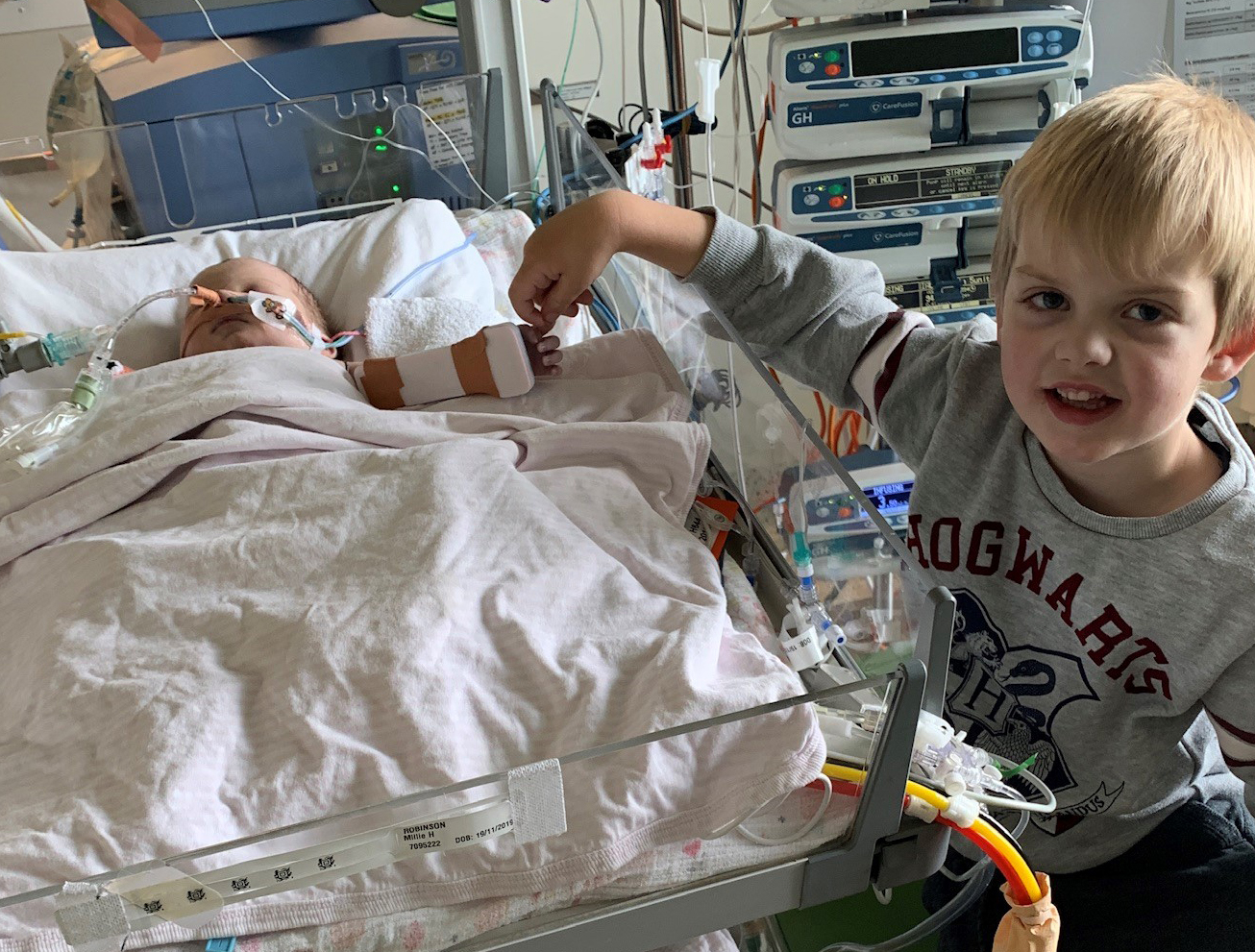 And a few days after she was born in November 2019, Millie Hope had her first of seven major lifesaving surgeries.

Her many heart conditions include double outlet right ventricle known as DORV, which means the heart is not connected properly.

“She’ll only ever have one half of her heart functioning,” Mrs Robinson said.

Millie came through the operations, and spent her first eight months in hospital – including the time she almost lost her fight for life. 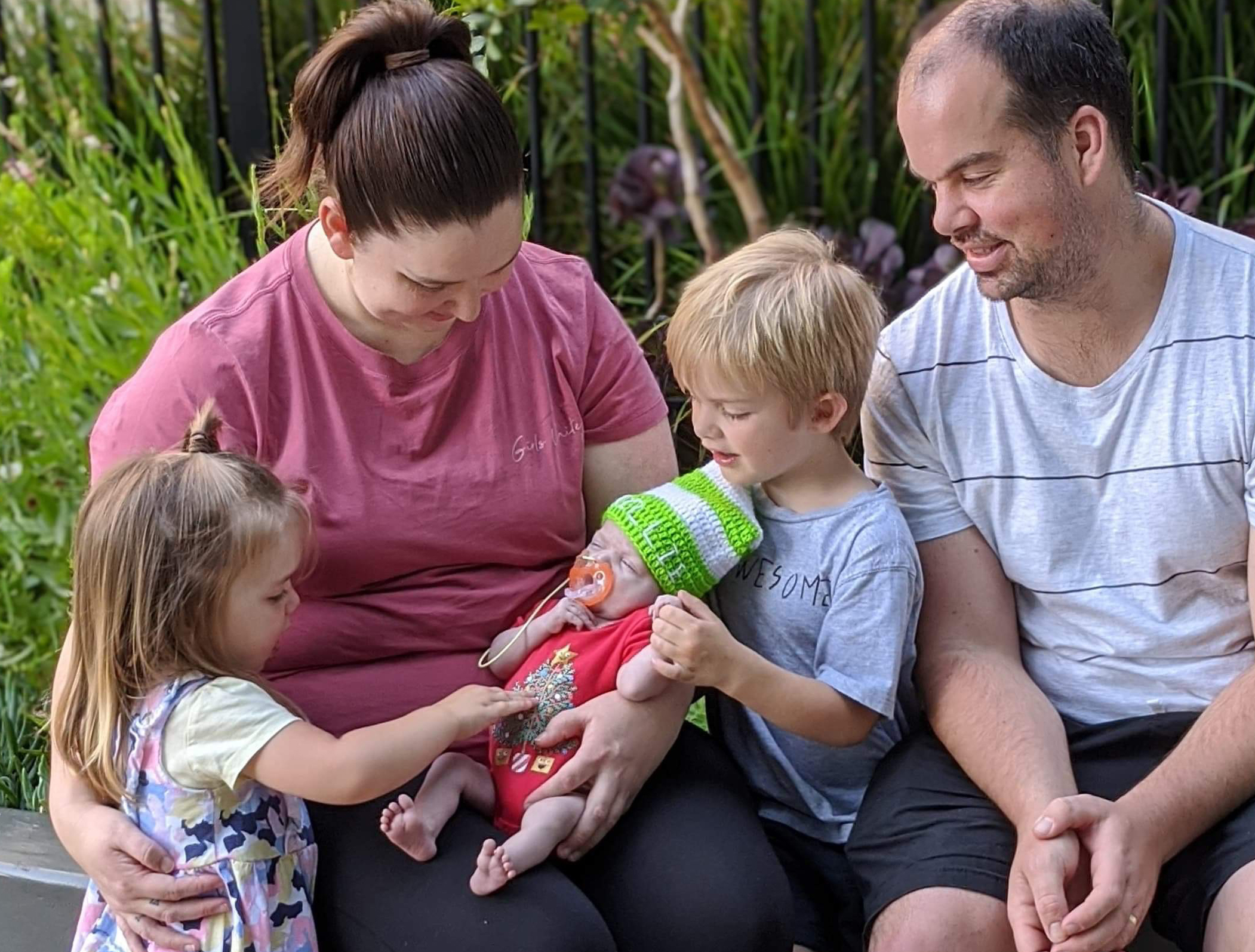 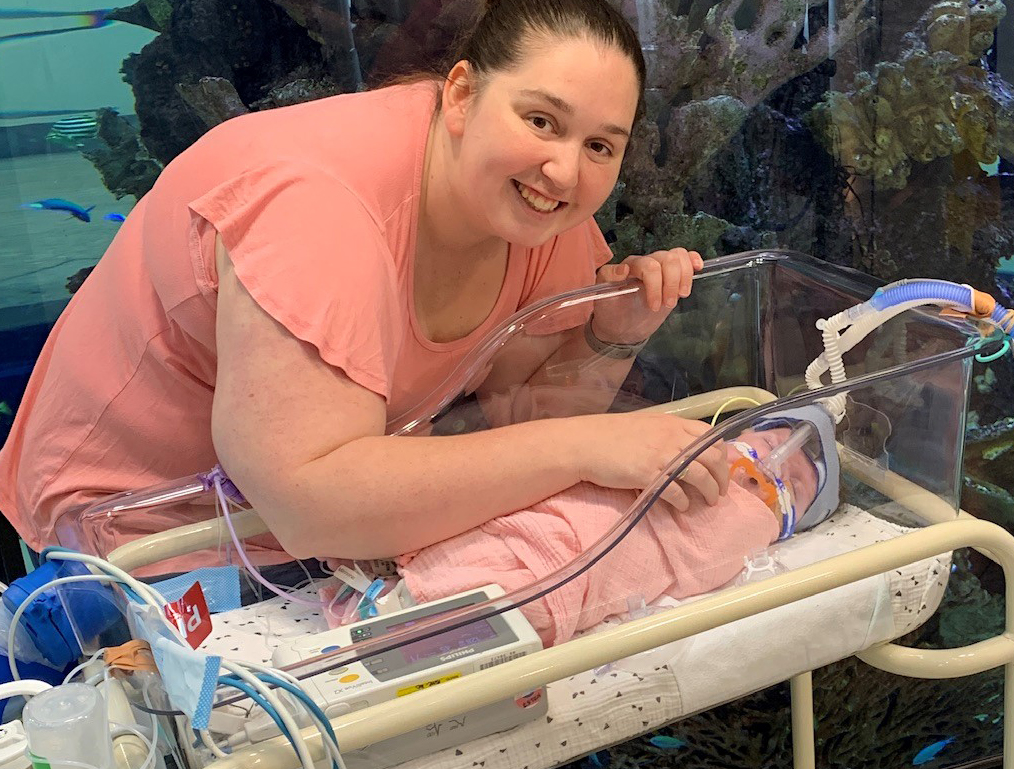 Little Millie pulled through her latest life-saving surgery and has just turned two.

She hasn’t been in hospital for five months, the longest spell in her life.

Her mum said she’s developing into a “little character”.

The family has been told children born with her condition are now living in their 30s thanks to surgeries which allow their hearts to function. 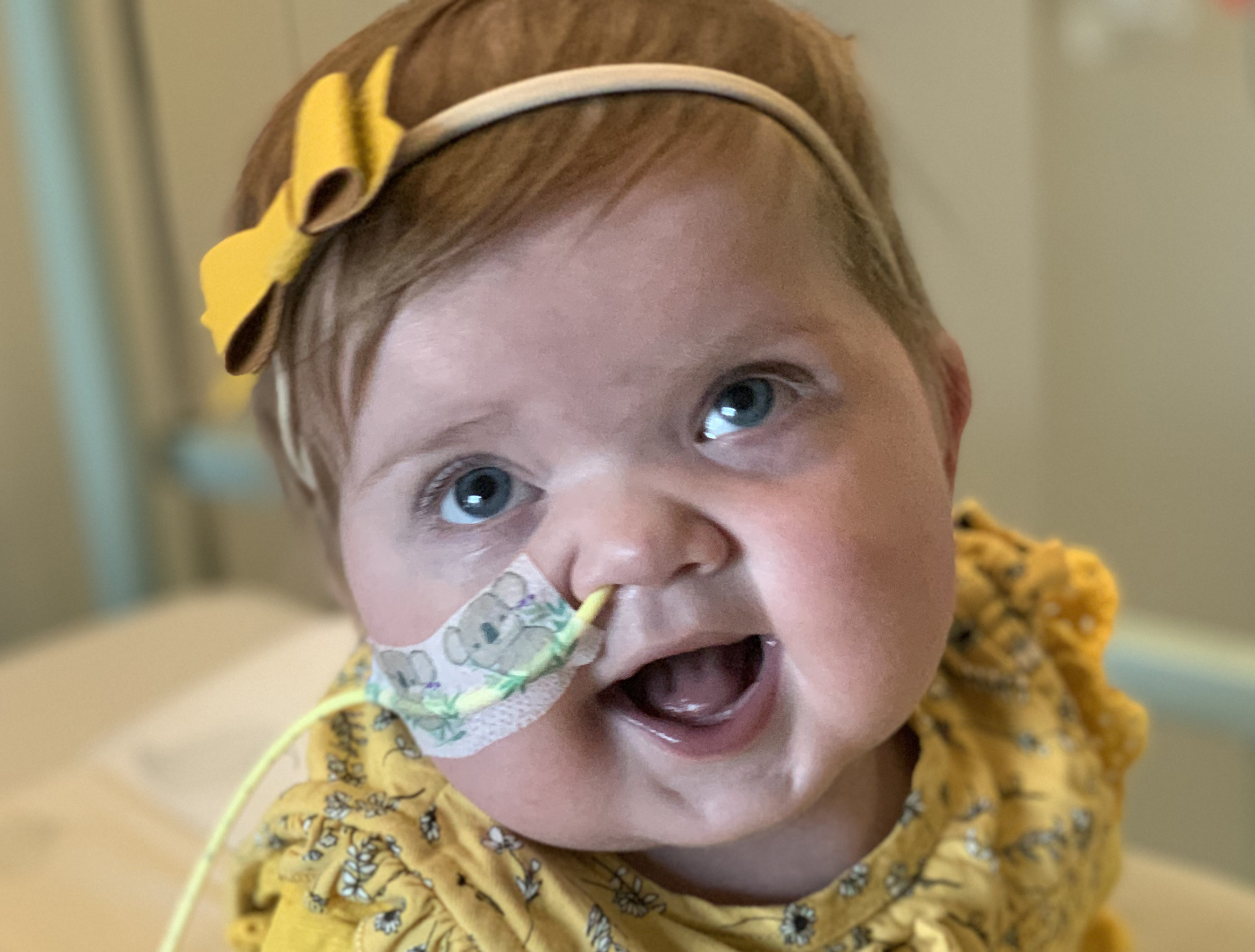 And while Millie will face more operations, the family said they don’t let themselves think of the future.

“I just want her to know she’s loved,” she said.

READ MORE: How the pandemic has impacted cancer diagnosis and treatment

The Robinson family knows what it’s like to face Christmas with a sick child in hospital – Millie was there over the festive season in 2019.

Charity Ronald McDonald House puts up families with sick kids who don’t live close enough to a hospital to go home at night.

The Robinson family – including Tenison and Evalyn – have spent an incredible 260 nights at Ronald McDonald House Parkville in Melbourne – including that Christmas. 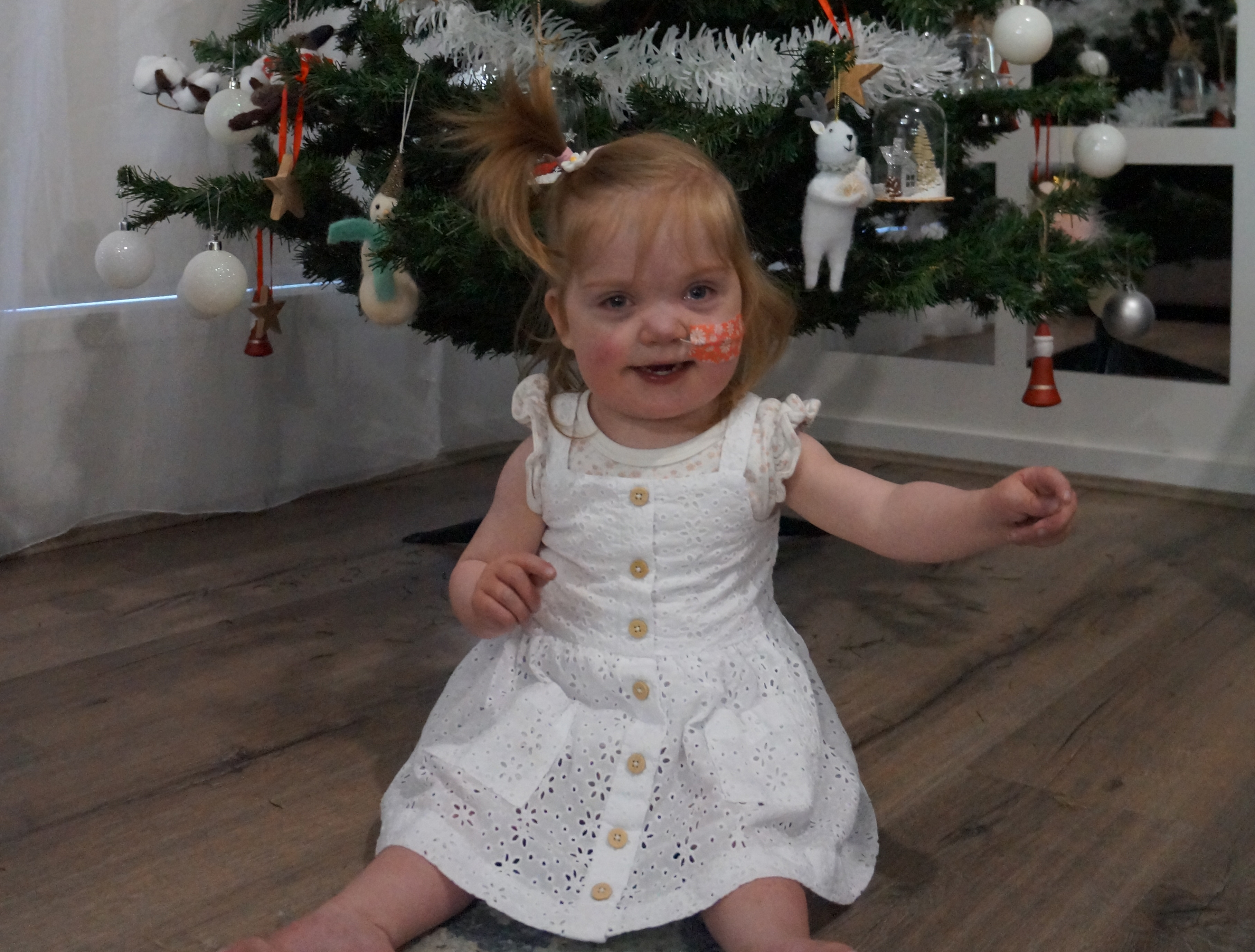 Mrs Robinson said it is a special place to be.

“There’s lots of people come in and out – the Victorian police came with their motorbikes and cars, they have a little Santa’s workshop,” Mrs Robinson said.

“They have their volunteers come in and do a big Christmas lunch.”

This year though, if Millie’s health remains stable, the family hopes to be at home, where they are planning a quiet celebration.

Millie is getting a Cubbi Buddi play couch, and a lunch box, as the family hopes she’ll be well enough to start day care next year.

They also have a special festive wish – that people back the Ronald McDonald House Charities Santa for Sick Kids appeal. 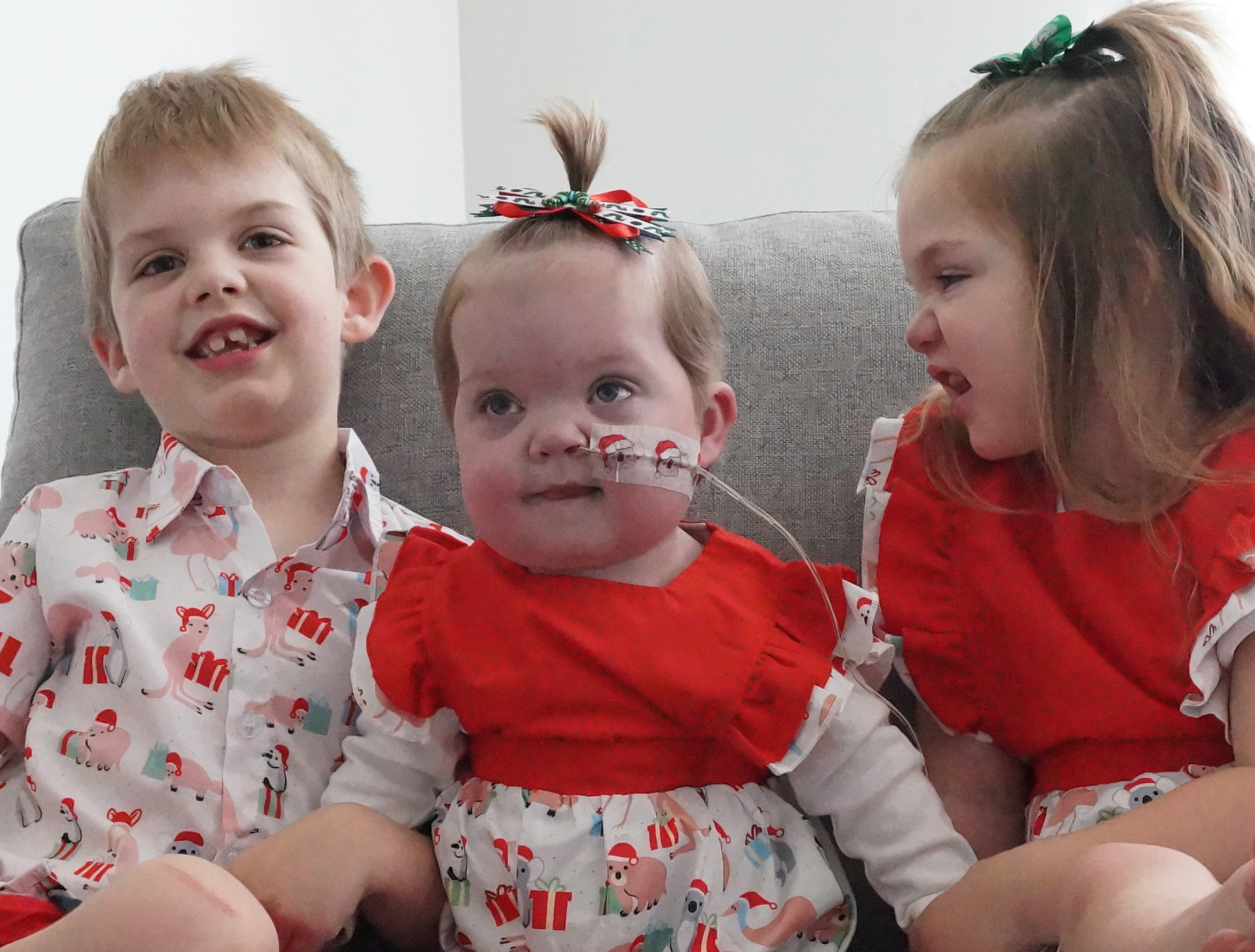 “It was our lifeline,” Mrs Robinson, said.

Ronald McDonald House Charities Sydney CEO, Simone Daher said: “When a family has a child that requires long term hospital treatment, not only does it impact them emotionally, but also financially.

“When they are staying with us, we like to make sure that Christmas is a special time for the whole family.

“By supporting our Christmas appeal, you are helping relieve the burden and stress and supporting the creation of special memories for these families.”