Groups for and against abortion in USA map next moves 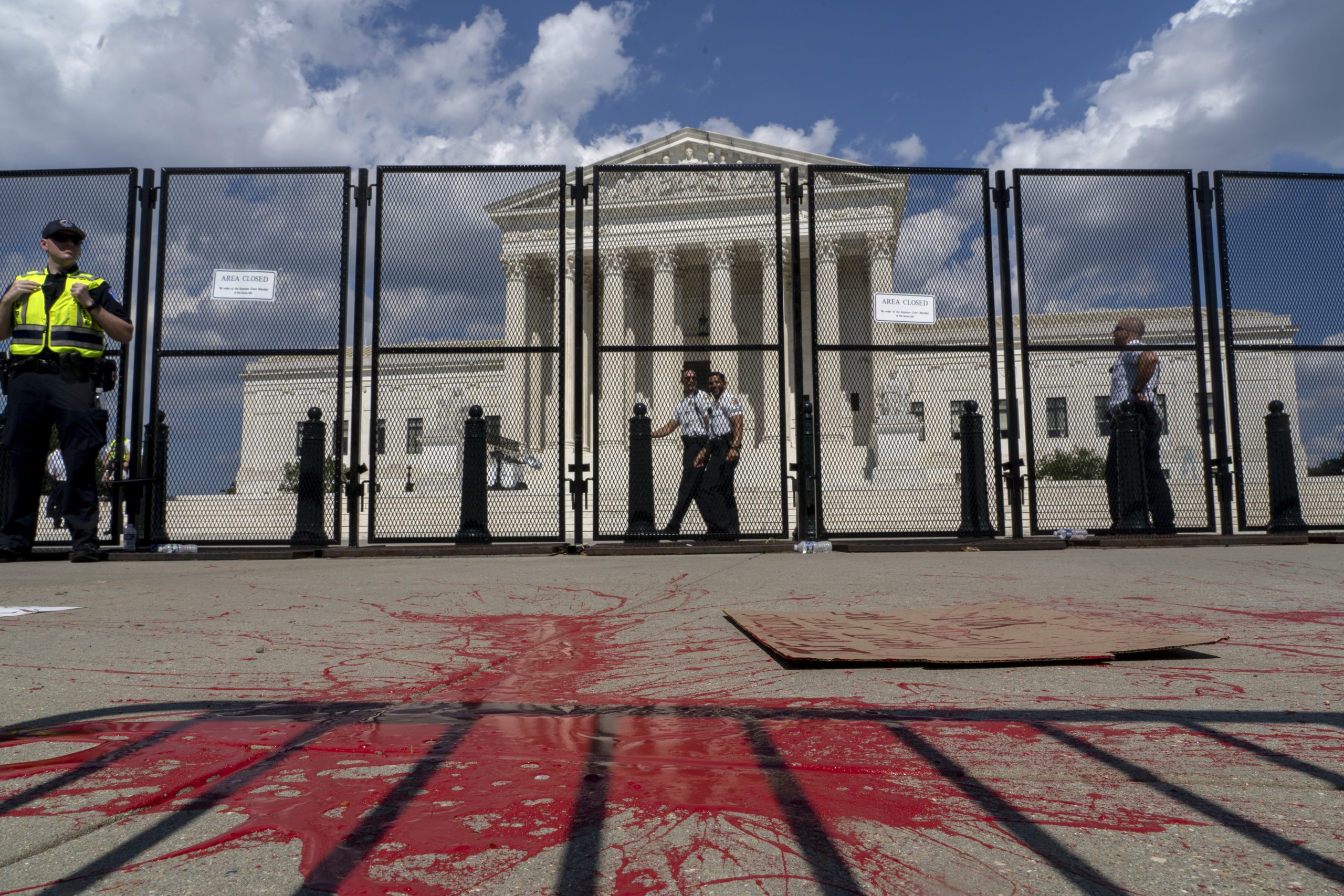 A Texas group that helps women pay for abortions halted its efforts on Saturday while evaluating its legal risk under a strict state ban.

Mississippi's only abortion clinic continued to see patients while awaiting a 10-day notice that will trigger a ban.

Elected officials across the USA vowed to take action to protect women's access to reproductive health care, and abortion foes promised to take the fight to new arenas. A day after the Supreme Court's bombshell ruling overturning Roe v. Wade ended the constitutional right to abortion, emotional protests and prayer vigils turned to resolve as several states enacted bans and both supporters and opponents of abortion rights mapped out their next moves.

In Texas, Cathy Torres, organising manager for Frontera Fund, a group that helps pay for abortions, said there is a lot of fear and confusion in the Rio Grande Valley near the US-Mexico border, where many people are in the country without legal permission.

That includes how the state's abortion law, which bans the procedure from conception, will be enforced.

Under the law, people who help patients get abortions can be fined and doctors who perform them could face life in prison.

"We are a fund led by people of colour, who will be criminalised first," Torres said, adding that abortion funds like hers that have paused operations hope to find a way to safely restart.

"We just really need to keep that in mind and understand the risk." 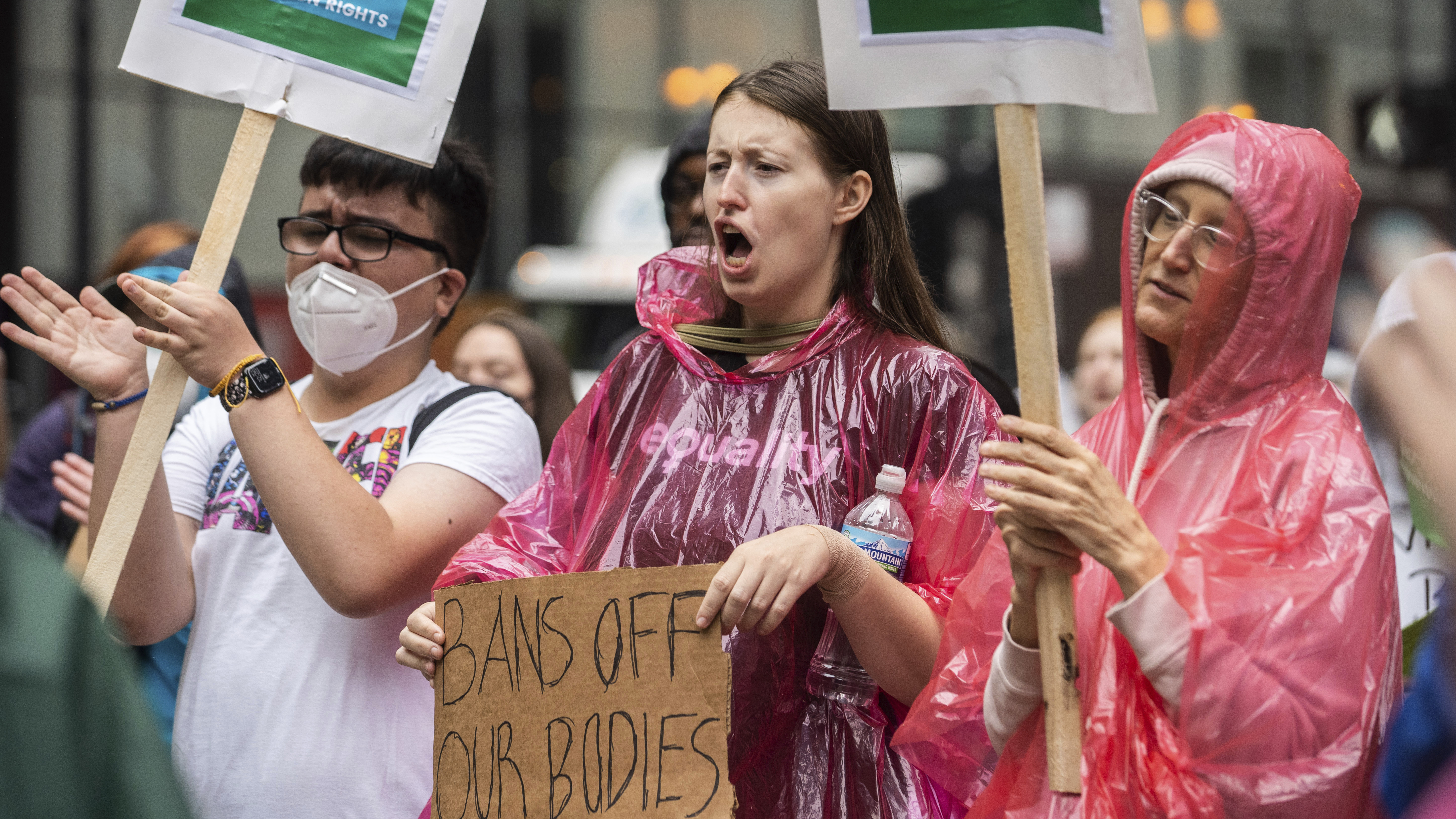 Tyler Harden, Mississippi director for Planned Parenthood Southeast, said she spent Friday and Saturday making sure people with impending appointments at the state's only abortion clinic — which featured in the Supreme Court case but is not affiliated with Planned Parenthood — know they don't have to cancel them right away.

Mississippi will ban the procedure except for pregnancies that endanger the woman's life or those caused by rape reported to law enforcement.

The Republican speaker of the Mississippi House, Philip Gunn, said during a news conference on Friday that he would oppose adding an exception for incest. "I believe that life begins at conception," Gunn said.

Harden said she has been providing information about funds that help people travel out of state to have abortions.

Many in Mississippi already were doing so even before the ruling, but that will become more difficult now that abortions have ended in neighbouring states like Alabama.

Right now Florida is the nearest "safe haven" state, but Harden said, "we know that that may not be the case for too much longer."

At the National Right to Life convention in Atlanta, a leader within the anti-abortion group warned attendees on Saturday that the Supreme Court's decision ushers in "a time of great possibility and a time of great danger."

Randall O'Bannon, the organisation's director of education and research, encouraged activists celebrate their victories but stay focused and continue working on the issue. 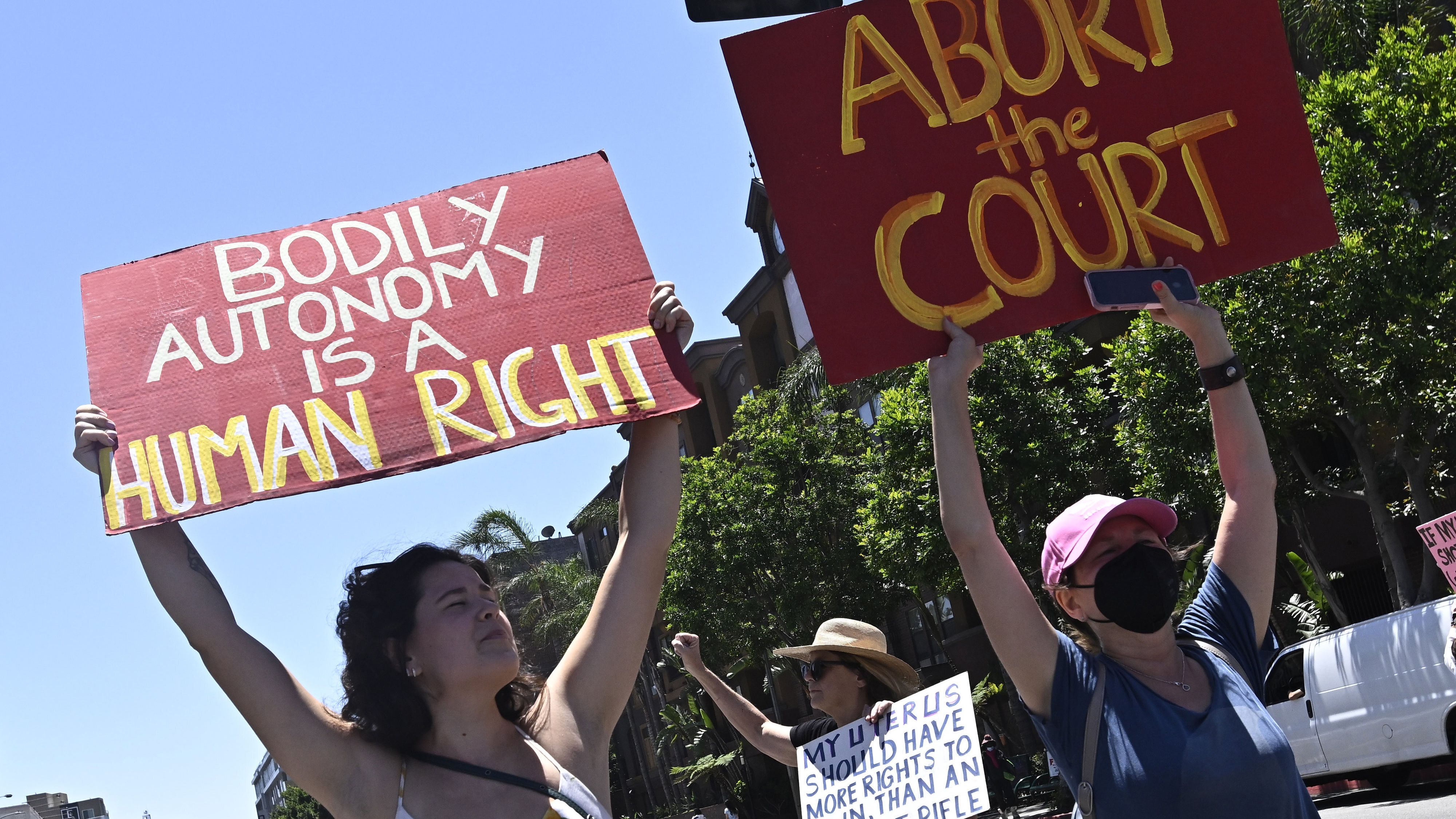 Specifically, he called out medication taken to induce abortion.

"With Roe headed for the dustbin of history, and states gaining the power to limit abortions, this is where the battle is going to be played out over the next several years," O'Bannon said.

"The new modern menace is a chemical or medical abortion with pills ordered online and mailed directly to a woman's home."

Protests broke out for a second day in cities across the country, from Los Angeles to Oklahoma City to Jackson, Mississippi.

In the LA demonstration, one of several in California, hundreds of people marched through downtown carrying signs with slogans like "my body, my choice" and "abort the court."

Turnout was smaller in Oklahoma City, where about 15 protesters rallied outside the Capitol.

Oklahoma is one of 11 states where there are no providers offering abortions, and it passed the nation's strictest abortion law in May.

"I have gone through a wave of emotions in the last 24 hours. … It's upsetting, it's angry, it's hard to put together everything I'm feeling right now," said Marie Adams, 45, who has had two abortions for ectopic pregnancies, where a fertilized egg is unable to survive. She called the issue "very personal to me."

"Half the population of the United States just lost a fundamental right," Adams said.

"We need to speak up and speak loud." 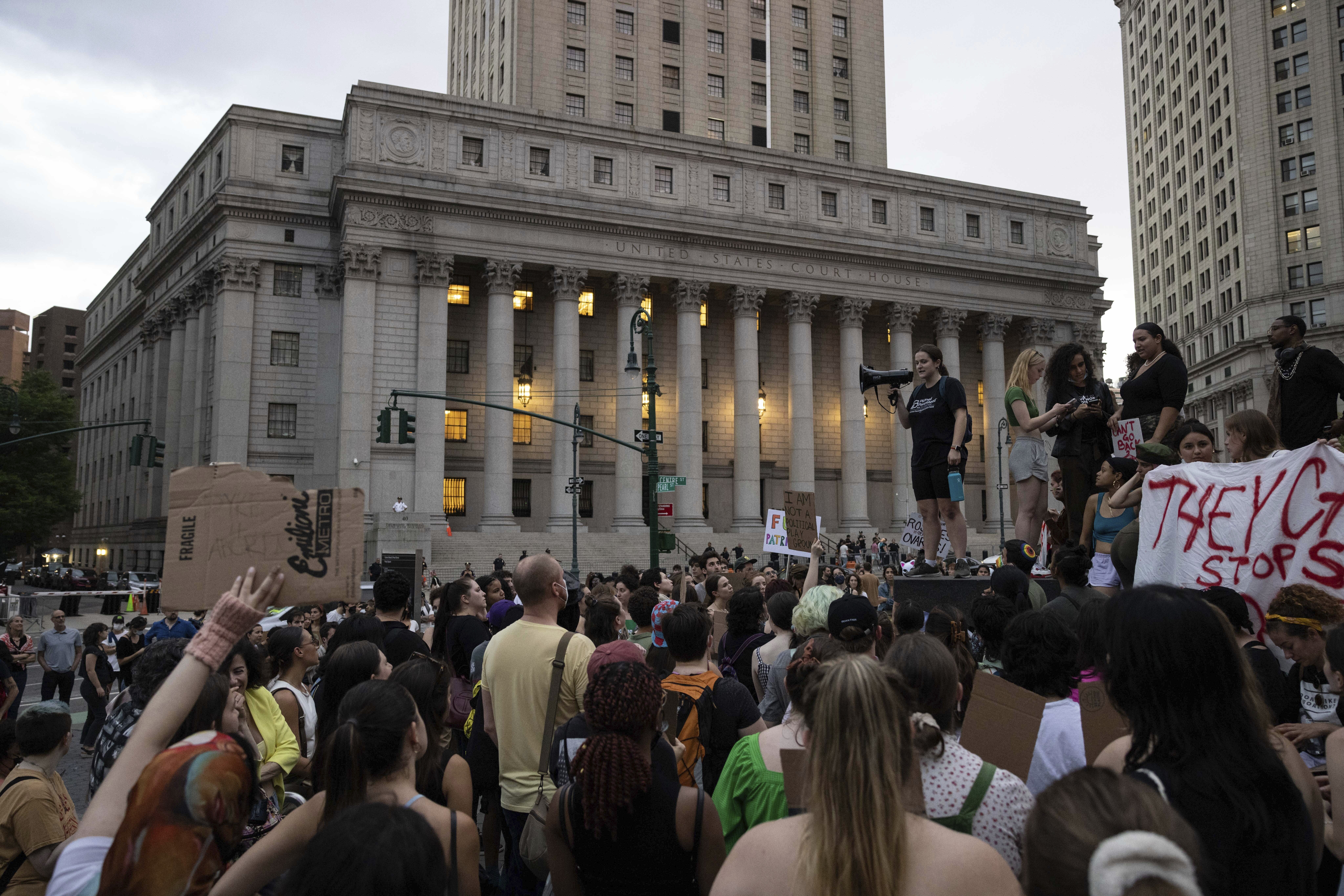 Callie Pruett, who volunteered to escort patients into West Virginia's only abortion clinic before it stopped offering the procedure after Friday's ruling, said she plans to work in voter registration in the hope of electing officials who support abortion rights.

The executive director of Appalachians for Appalachia added that her organisation also will apply for grants to help patients get access to abortion care, including out of state.

"We have to create networks of people who are willing to drive people to Maryland or to DC," Pruett said.

"That kind of local action requires organisation at a level that we have not seen in nearly 50 years."

Fellow West Virginian Sarah MacKenzie, 25, said she's motivated to fight for abortion access by the memory of her mother, Denise Clegg, a passionate reproductive health advocate who worked for years at the state's clinic as a nurse practitioner and died unexpectedly in May.

MacKenzie plans to attend protests in the capital, Charleston, and donate to a local abortion fund.

"She would be absolutely devastated. She was so afraid of this happening — she wanted to stop it," Mackenzie said, adding, "I'll do everything in my power to make sure that this gets reversed."

The Supreme Court's ruling is likely to lead to abortion bans in roughly half the states. 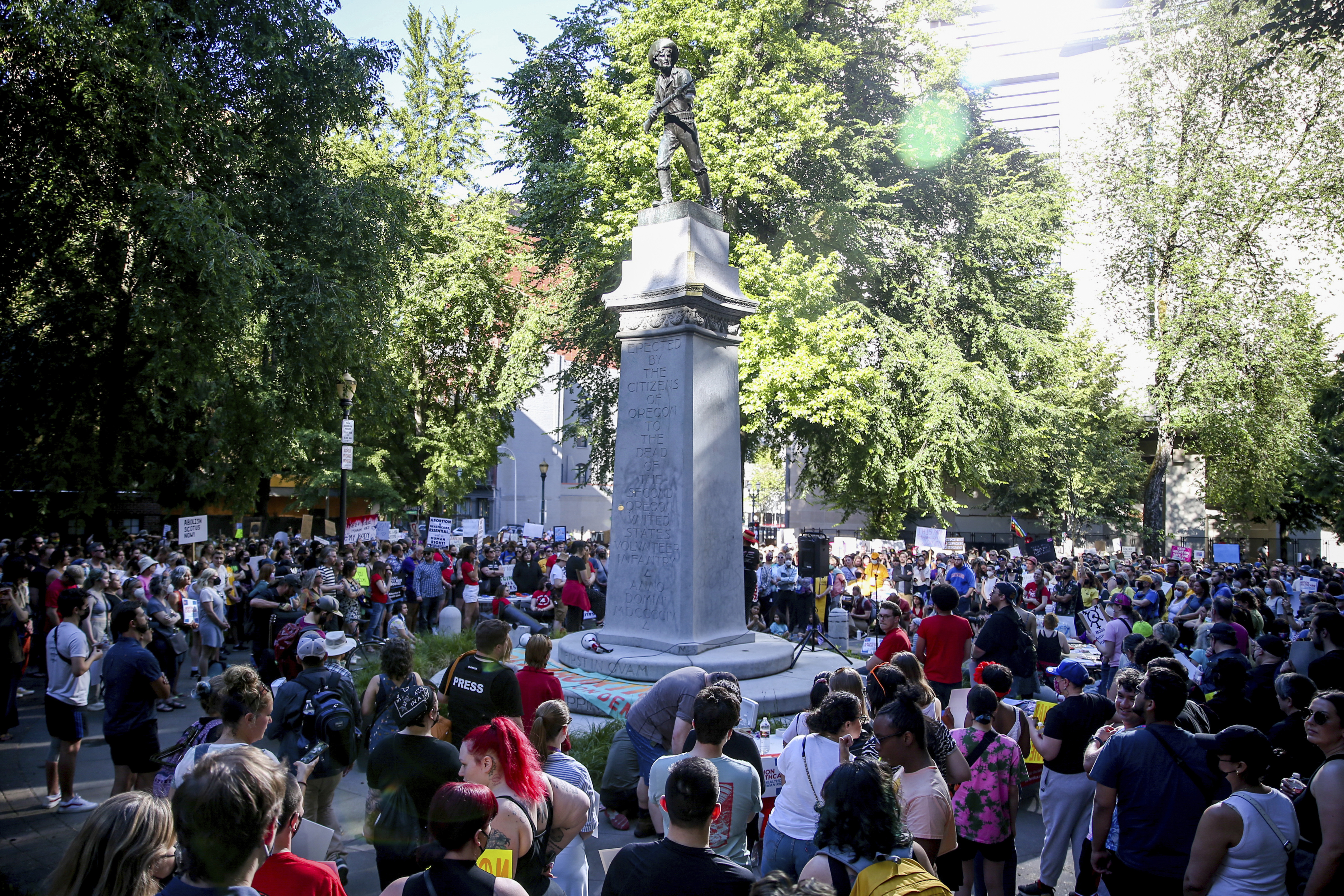 Women considering abortions already had been dealing with the near-complete ban in Oklahoma and a prohibition after roughly six weeks in Texas.

In Ohio, a ban on most abortions from the first detectable fetal heartbeat became law when a federal judge dissolved an injunction that had kept the measure on hold for nearly three years.

Another law with narrow exceptions was triggered in Utah by Friday's ruling.

Planned Parenthood Association of Utah filed a lawsuit against it in state court and said it would request a temporary restraining order, arguing it violates the state constitution.

Gov. Tim Walz of Minnesota, where abortion remains legal, signed an executive order shielding people seeking or providing abortions in his state from facing legal consequences in other states.

Walz also has vowed to reject requests to extradite anyone accused of committing acts related to reproductive health care that are not criminal offenses in Minnesota.

"My office has been and will continue to be a firewall against legislation that would reverse reproductive freedom," he said.

In Fargo, North Dakota, the state's sole abortion provider faces a 30-day window before it would have to shut down and plans to move across the river to Minnesota.

Red River Women's Clinic owner Tammi Kromenaker said on Saturday that she has secured a location in Moorhead and an online fundraiser to support the move has brought in more than half a million dollars in less than three days.

Republicans sought to downplay their excitement about winning their decades-long fight to overturn Roe, aware that the ruling could energize the Democratic base, particularly suburban women.

Carol Tobias, president of National Right to Life, said she expects abortion opponents to turn out in huge numbers this fall.

But Wisconsin Gov. Tony Evers, a Democrat, said on Saturday he believes the issue will energise independents and he hopes to translate anger over Roe's demise into votes.

"Any time you take half the people in Wisconsin and make them second-class citizens," Evers said, "I have to believe there's going to be a reaction to that."