Greta Thunberg slams COP26 as a 'failure' at youth protest

Greta Thunberg criticised world leaders and called the COP26 summit a “failure” on Friday, as she led a huge youth protest outside the venue of the climate summit in Glasgow.

Young activists poured into the Scottish city to demand action from leaders, as the focus of the official event turned toward the impact of climate change on future generations.

But in the headline speech of the demonstration, Thunberg told crowds that “history will judge them poorly,” calling the pivotal conference “a global greenwash festival” and “a two-week long celebration of business as usual.”

READ MORE: Australia, US and China all missing from major pledge to ditch coal

“Many are starting to ask themselves, what will it take for the people in power to wake up? But let’s be clear: they are already wake. They know exactly what they are doing,” she said.

“The leaders are not doing nothing. They are actively creating loopholes … to benefit themselves.”

Her remarks come after several of the major players present at the conference talked up the achievements of the first week. Leaders have so far announced a series of climate pledges at the conference, including a deforestation commitment, a deal on coal and a plan to stop investing public finances into fossil fuel projects abroad. 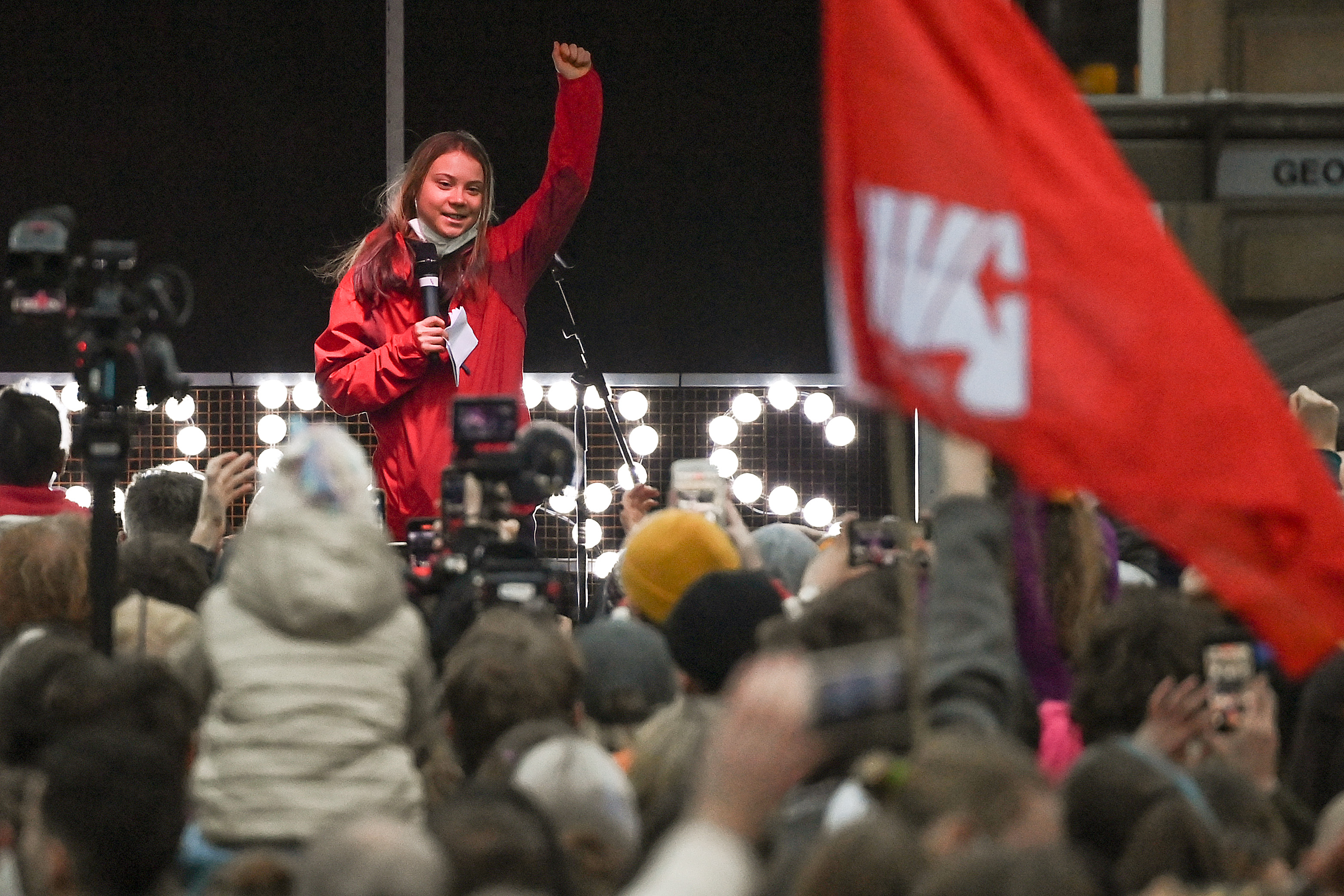 But many of the young activists in Glasgow urged more radical commitments, as the United Nations warned that the world is not adapting fast enough to the climate crisis.

Thousands of demonstrators covered the city’s streets on Friday, with many bearing placards that warned of the effects of rising temperatures and extreme weather events.

Thunberg spoke to protesters more than three years after she founded the “Fridays for Future” school strikes movement that galvanised youth action over climate change.

“Some people say that we are being too radical,” she told an adoring audience. “But the truth is that they are the ones who are radical. Fighting to save our life supporting systems isn’t radical at all.”

Thunberg’s speech came after a week in which she has been mobbed by supporters and members of the media.

Crowds chanted “We are unstoppable, another world is possible,” and other slogans as they attempted to attract attention near the venue. A large police contingent corralled crowds as they grew throughout the morning.

Daisy Deakin, a 7-year-old from Glasgow accompanied by her mother Isabel, said she wanted to come to the protest to see Thunberg. 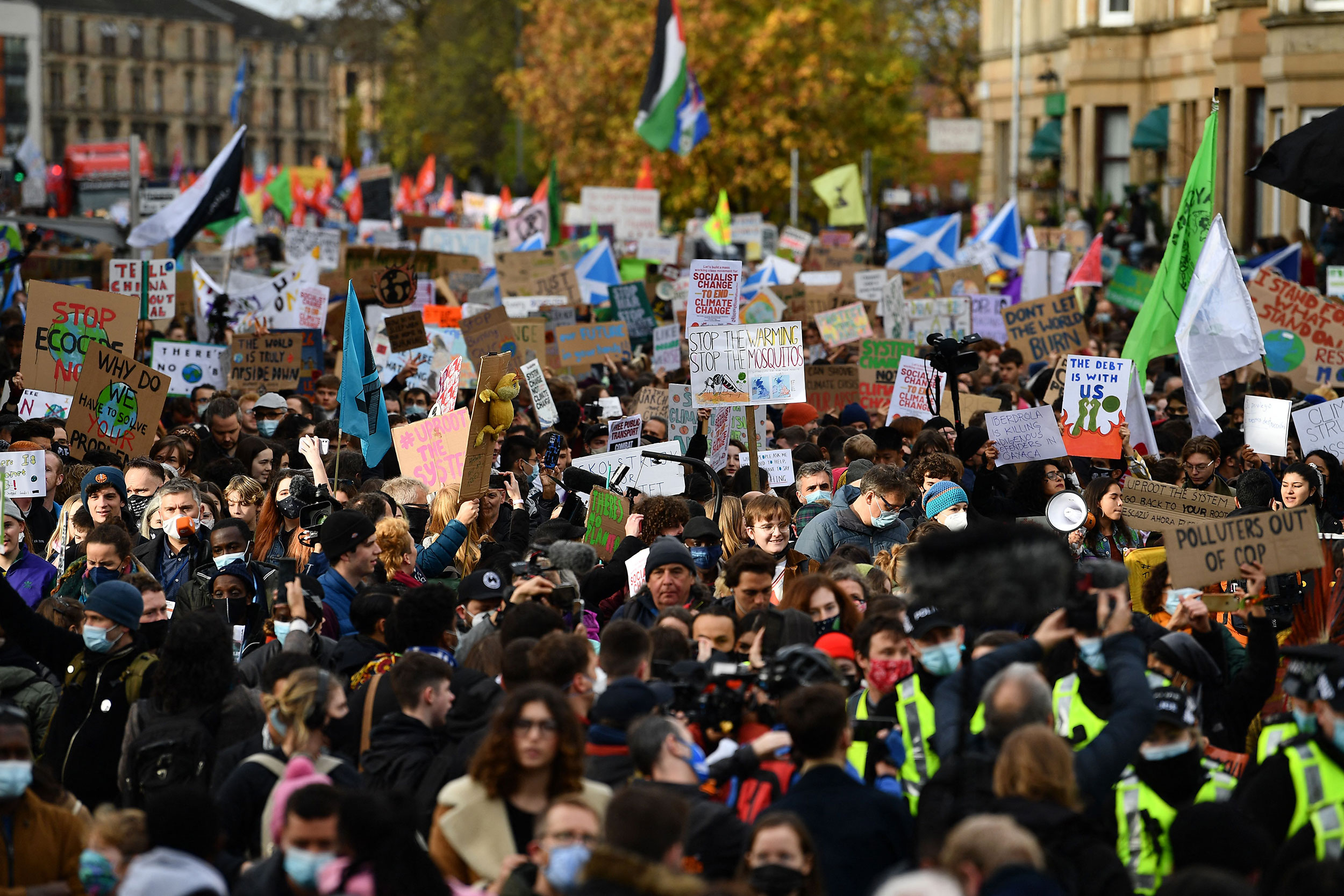 “She saves the world from climate change,” she told CNN, as she displayed a sign saying “Save our planet.”

“Our parents will die from old age. Our children will die from climate change,” warned a banner carried by 22-year-old Maia Runciman, originally from Texas and now living in Glasgow.

“I’m here to push world leaders to put the [climate] policies in place and protect the world for the future,” she said.

During the event, young climate leaders from around the world presented the Global Youth Statement to high-level delegates, relishing the opportunity to bring the youth perspective to the high-profile summit.

But on Friday, young people were also the focus of the summit. The theme of the event’s fifth day was “youth and public empowerment,” with leaders seeking to appeal to younger audiences worldwide as they pressed ahead with negotiations. 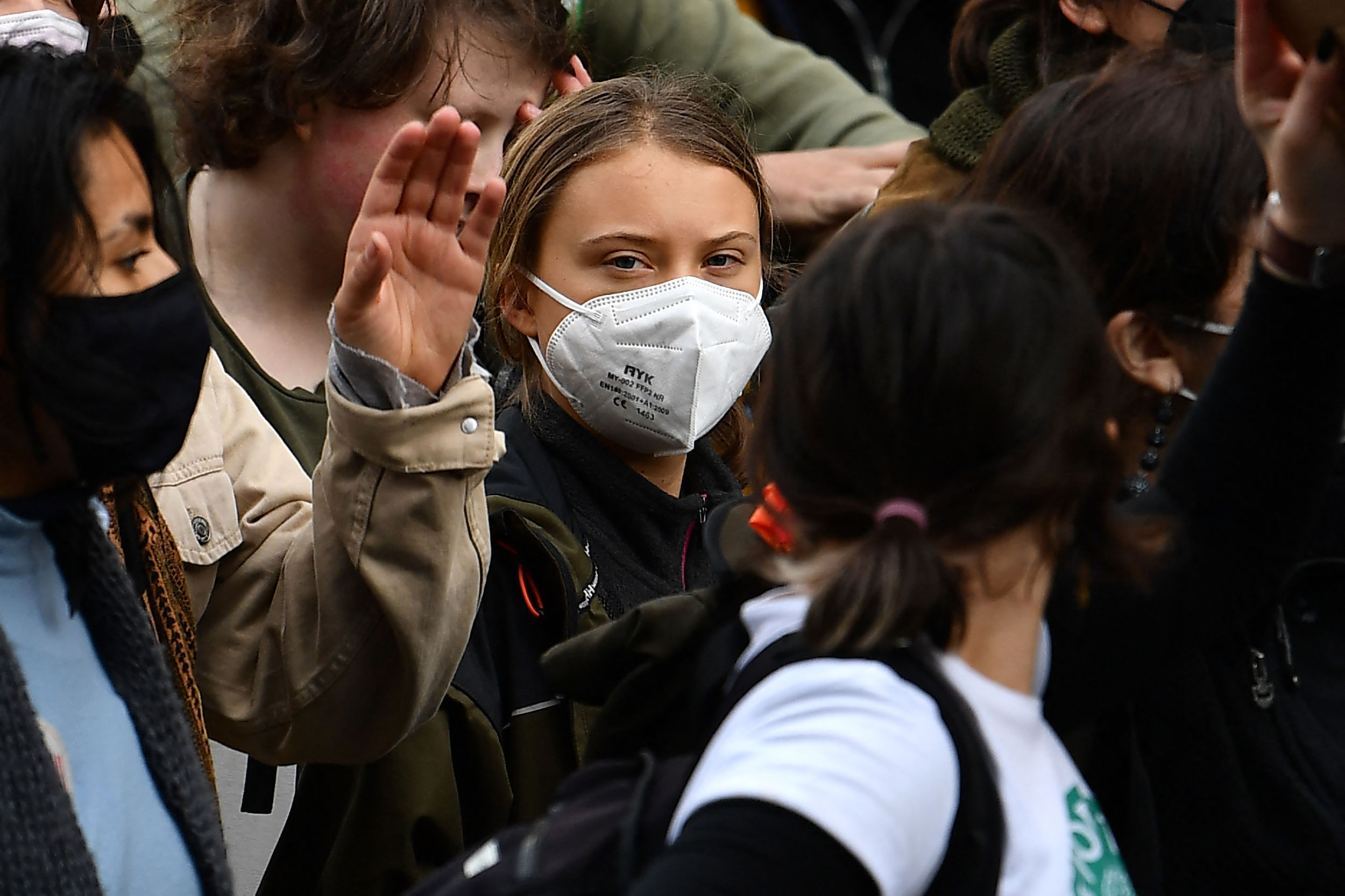 “I talk to people who are frustrated all the time, and I consider myself one of the frustrated,” the United States’ climate envoy John Kerry said in response to protests outside.

Cordelia Murray-Brown, 14, told CNN she had missed school to attend the protest, and criticised global leaders for flying to the summit. “It’s a good thing that the leaders are here but it also defeats the purpose since they all took planes to come here … I think there’s now enough people for them to listen. I think they are making promises they know they can’t keep.”

“I’m frustrated. I just want them to do what they say they’d do,” Prudence Stamp, 18, added.