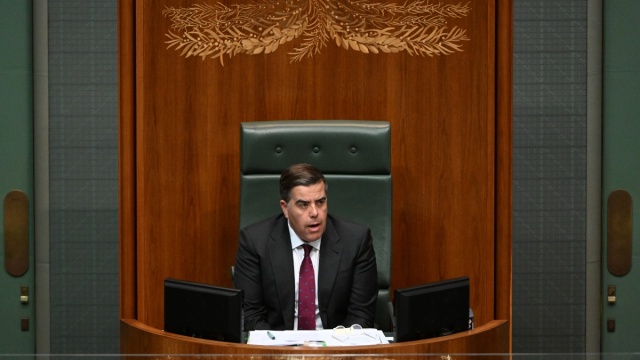 Greens leader Adam Bandt says former prime minister Scott Morrison still has a case to answer in Parliament over the decision to appoint himself to multiple secret ministries.

Despite House of Representatives Speaker Milton Dick rejecting calls by the Greens to refer Mr Morrison to the privileges committee on the grounds he misled Parliament, Mr Bandt said the party was considering options on pursuing the matter.

‘‘There is a case for Parliament to get to the bottom of the scandal,’’ Mr Bandt told reporters in Canberra on Monday.

MPs can still vote to refer Mr Morrison to the committee but would require a majority.

Mr Bandt had requested the Speaker refer the former prime minister to the privileges committee, but Mr Dick said there was a lack of evidence that Parliament was misled about the ministries.

“Deliberately misleading the house is a serious one and rightly there should be a prima facie evidence that the house has been misled,” Mr Dick said on Monday.

“On the information available to me it does not seem that a prima facie case has been made out in terms of the detail that Speakers have always required in relation to such allegations.”

The inquiry report will be handed down on November 25.

The Greens leader said he hoped the inquiry would get the necessary answers to the ministries.

However, he indicated the party could pursue further actions if the inquiry is held up.

‘‘Hopefully, the steps that have been taken in the inquiry will get us a step closer … but we’re exploring our options,’’ he said.

Mr Morrison again defended his actions, saying it was ‘‘an incredibly tumultuous time’’ and he was proud of what he achieved during the pandemic.

‘‘Everyone did the best they could possibly do in good faith. I’m proud of what we achieved over that period of time,’’ Mr Morrison told Sky News in a pre-recorded interview aired on Monday.

‘‘It’s not like you sat around and gesticulated … endlessly, you just didn’t have that luxury. And so, undoubtedly, the people will look back from the safety of the shore as to what was happening in the tempest at the time and make their judgments.

‘‘I’m certainly not going to get bitter about it.’’

Asked why he didn’t apologise Mr Morrison said, ‘‘I’ve made my statements. I’ve explained the situation and I don’t expect everybody to agree with me’’.

‘‘It was an extraordinary period of time and at all times, I was trying to do what was best for the country.’’