Politicians take note: Pooling leadership lessons is a win-win scenario for all

Videos of the Week: Fireworks light up the sky as the Commonwealth Games begin

Blow for medal-winning Australian athletes on eve of Commonwealth Games 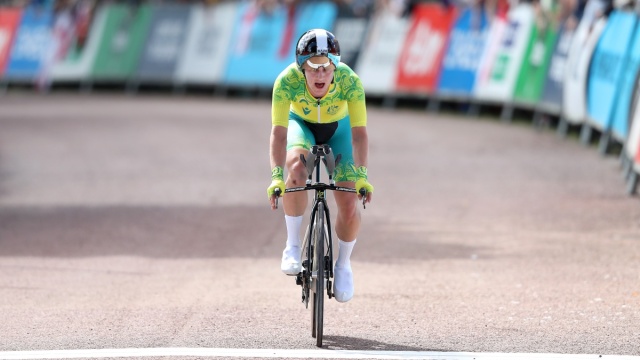 After a brief wobble on the start line, Grace Brown was all time-trial supremacy at the Commonwealth Games.

The Australian cycling star delivered on her pre-race favouritism with a convincing win on Thursday at Wolverhampton.

But it was not all smooth cycling for the Australians – Luke Plapp had a mechanical issue mid-ride and that cost him valuable seconds before he could change his bike.

In a good sign for Sunday’s road race, in which Australia will boast the strongest team, Georgia Baker was fourth and Sarah Roy took ninth place.

Brown, 30, had a foot slip at the start, but quickly recovered and caught two earlier starters on the way to the Australian’s first Games gold medal.

She raced only four days after finishing the Tour de France Femmes.

‘‘I’m not exactly sure what I did, but I think the holder let go of me a little bit earlier than I expected,’’ Brown said of her eventful start.

‘‘It’s really, really satisfying. I tried not to take on too much of the pressure of being the favourite today – be calm and focus on what I have to do.

‘‘Also knowing I have a Tour de France in my legs, I’m really happy I could execute what was expected of me and I had a good ride out there.’’

She's been building to a performance like this for years, what a moment!#B2022 #B2022cycling pic.twitter.com/f8KlOOKYvs

Brown finished fourth in the time-trial at the Tokyo Olympics and has taken her career to another level over the past couple of years.

She received a plaque for competing as a member of the FDJ team at the Tour de France and now has more hardware.

‘‘I need to actually invest in a trophy cabinet now, I think,’’ she said.

FDJ had a tumultuous Tour, losing Marta Cavalli in a crash during the chaotic second stage, before Cecilie Ludwig had a memorable stage win the next day.

‘‘The Tour de France was so full-on, in every aspect,’’ Brown said.

‘‘I thought I was coming in with almost career-best form, but everyone was, and the racing was super hard.

‘‘So what I expected of myself, I didn’t quite meet, but now it’s paid dividends because I’ve come into the Commonwealth Games in pretty good shape.’’

Australian Rohan Dennis and Welsh star Geraint Thomas are the favourites for the men’s time-trial that was under way on Thursday afternoon.