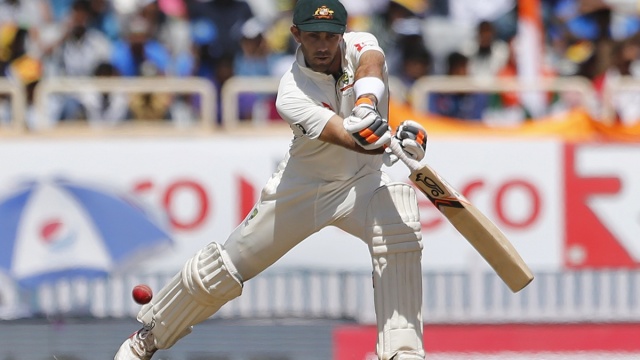 His baggy green cap has disintegrated, but Glenn Maxwell feels his game is holding together well as he hopes to end a near five-year absence from Test cricket.

The hard-hitting middle order batter and handy offspinner was recently added to the Test squad for the two-match series in Sri Lanka after Travis Head suffered a hamstring injury.

A key member of both the shorter format Australian teams, Maxwell has been starved of red-ball opportunities in recent years.

He last played a first-class game in October 2019 and the most recent of his seven Tests was in Bangladesh in September 2017.

“I’ve done a bit of red-ball work training wise, always trying to stay ready just in case, knowing there was a fair few Subcontinent tours coming up, not just this year but next year as well,” Maxwell said.

“At some stage you think you might give up hope but it was just so nice to get the tap on the shoulder.”

Maxwell said he didn’t bring his baggy green cap to Sri Lanka as he thought that would be presumptuous and it had “completely disintegrated”.

“I took it out last year and had a look at it and it was deteriorating and I thought ‘that’s not a good sign,” Maxwell said.

“My wife took it out yesterday and said ‘I don’t think I can bring this,’ it looked terrible.”

All of his Test appearances were in Asia and the 33-year-old allrounder feels that both facets of his game are in good shape.

“With the bowling being able to contribute regularly with the ball has been something I’ve worked really hard on,” Maxwell said.

“I feel like I’ve got a really good grasp on how the ball is coming-out of my hand.

“I think with the batting, I just feel really comfortable with where my game is at the moment.

“I’ve been able to bat continually pretty well in these conditions and my footwork has been reasonably crisp most of the time.”

After the T20 and ODI components of the tour, Maxwell nominated footwork as a crucial factor in countering the Sri Lanka spinners in the Tests.

“I think we saw the guys that had quick footwork, forward and back, were able to have success,” Maxwell said.

“It doesn’t necessarily mean hitting over the top, but being able to put pressure on with your positive intent.”

If given an opportunity in the Tests, Maxwell said he didn’t envisage changing his game plan and would enjoy the opportunity to bat for longer periods without run-rate pressure.

Australia ODI and T20 captain Aaron Finch thought Maxwell could have a big impact if selected for the Tests.

“Any time he plays in the Subcontinent he’s got so many resources with the bat, he’s cagey with the ball,” Finch said.

“The pressure that he puts on the opposition just by being there is something that gets overlooked at times.”