Geelong Cats get their cream as AFL trade period ends

I could have quit: Geelong coach Chris Scott

Fans flock to the Yarra for AFL parade

AFL Finals kicks goals for Seven over the weekend

Media buyers have their say on historic AFL rights deal

AFL agrees 7 year deal with Seven and Foxtel until 2031

Dockers pull off mighty comeback to tip over Bulldogs

AFL: Swans give the Demons hell to coast home winners in preliminary final 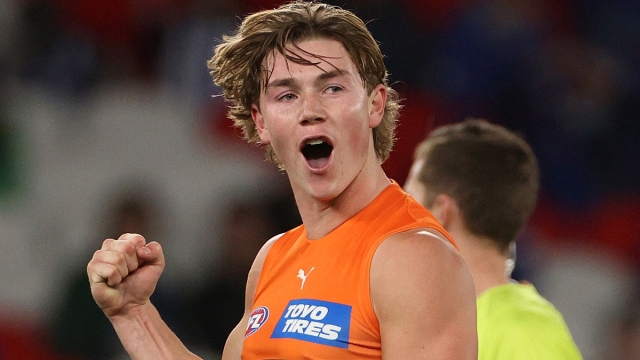 From too old and too many blown chances, Geelong is now too good and too stacked with talent.

While labelling trade winners and losers is always a fraught exercise, the newly crowned AFL premiers clearly are at the right end of the ledger.

The Cats capped a bountiful trade period on Wednesday night by sealing a late three-way deal that brought in Ollie Henry from Collingwood to join his brother Jack.

The day before, Cats list manager Andrew Mackie had a tough conversation with the Henry parents to prepare them when it looked like the negotations with the Magpies might not bear fruit.

The @AFLcomau team look at the ins and outs for every club.#AFLTradehttps://t.co/ZmB1huBtvS

They earlier recruited Tanner Bruhn from Greater Western Sydney and were the beneficiaries of Gold Coast’s salary dump as they picked up Jack Bowes and the No.7 draft pick.

Geelong also dictated terms on big man Esava Ratugolea, keeping him despite his wish for a move to Port Adelaide.

Significantly, Bruhn and Henry are 20 and Bowes is 24.

Coupled with the retirement of captain Joel Selwood, plus the departures of fellow veterans Luke Dahlhaus and Shaun Higgins, there’s less of an aged look about the Cats now.

“You guys (media) tell us enough, we are ageing – every now and again we do listen,” Mackie said, tongue firmly in cheek.

“Like every club, we’re trying to get better and we’re really happy with the guys we were able to bring in.

A handful of players were unable to get their #AFLTrade wishes granted on a hectic deadline day.https://t.co/8V5V7otboj

But Mackie said there had been fraught moments with the Henry trade, which finally happened in the same deal that sent Cooper Stephens from the Cats to Hawthorn and meant Brownlow Medal winner Tom Mitchell joined the Magpies from Hawthorn.

“It’s a great result for all three footy clubs involved in that deal,” he said.

“I had a tough conversation with Ollie’s parents yesterday … this might not happen.

“I’m just happy for Collingwood that we’re able to facilitate a trade tonight – it’s not something we want to do, that players go through the pre-season draft or whatever it might be.”

Mackie added they were open to Ratugolea moving to Port Adelaide as he wanted, but ultimately they vetoed the trade.

“Up until the end, we were open to discussing what that looked like,” he said.

“In the end for us, key-position players … the market for them is a tough one at the minute.

“Ultimately, we can provide the opportunity he might have been seeking elsewhere.”

Mackie is confident the Cats will be able to smooth any troubled waters with Ratugolea over the trade not happening.

“He might be flat, but it was never at the stage when he was hating us and just wanted to get out at any cost,” Mackie said.

The post Geelong Cats get their cream as AFL trade period ends appeared first on The New Daily.