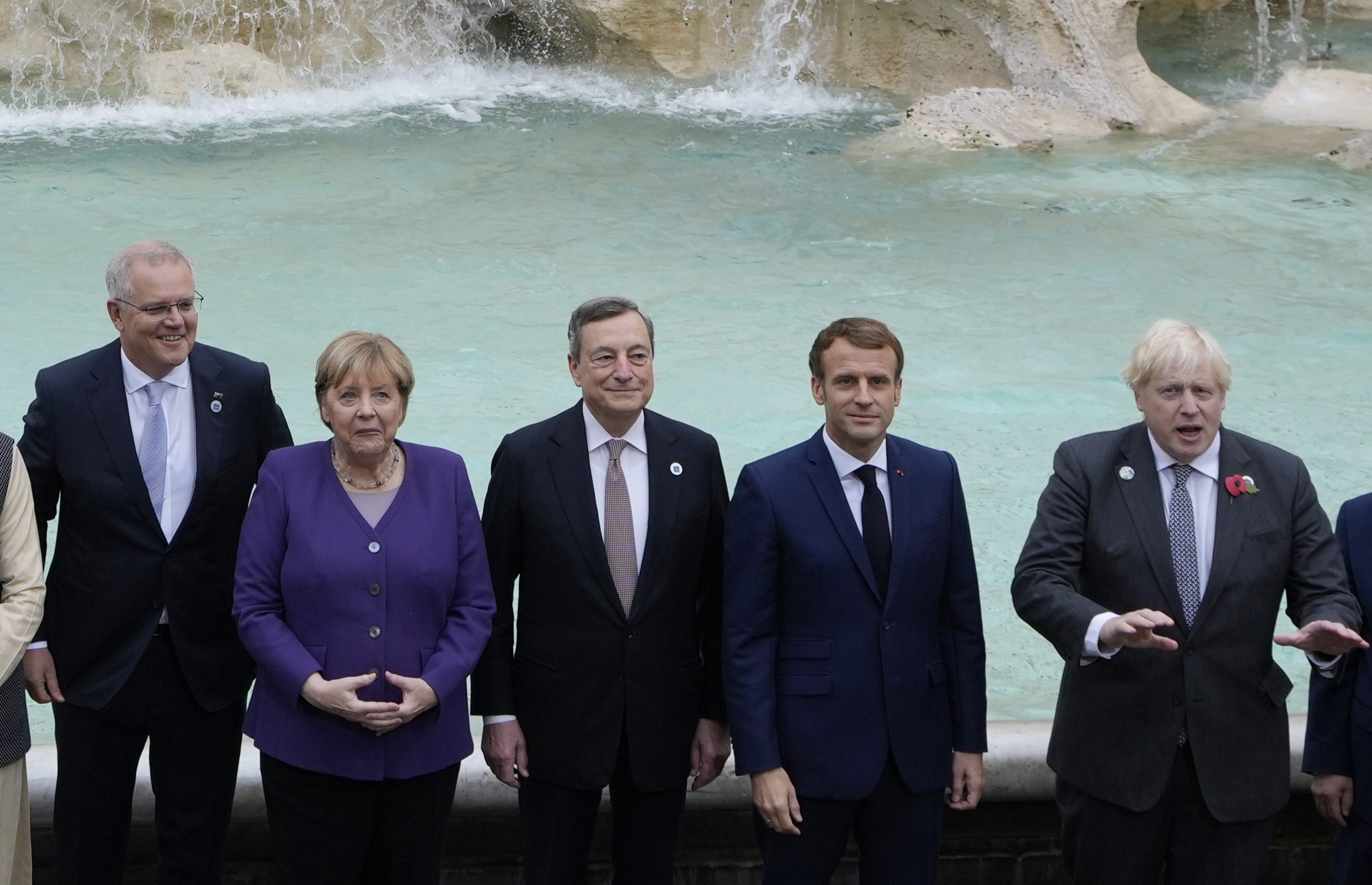 Leaders of the world’s biggest economies have made a vague commitment to seek carbon neutrality “by or around mid-century”, wrapping up a two-day Rome summit laying the groundwork for the UN climate conference in Glasgow, Scotland.

According to the final meeting communique, the Group of 20 leaders also agreed to end public financing for coal-fired power generation abroad but set no target for phasing out coal domestically — a clear nod to China, India and other coal-dependent countries.

The G20 countries represent more than three-quarters of the world’s greenhouse gas emissions. Summit host Italy, and Britain, which is hosting the Glasgow climate conference, had looked for more ambitious targets to come out of Rome.

READ MORE: Prince Charles to world leaders on climate: ‘It is quite literally the last-chance saloon’

Without them, momentum could be lost for Glasgow, said to be the world’s “last best hope” for nailing down commitments to keep temperatures under the critical 1.5 degrees higher than the pre-industrial average that scientists say is necessary.

Italian Premier Mario Draghi told the leaders going into the final working session Sunday that they needed to set both long-term goals and make short-term changes to reach them.

“We must accelerate the phasing-out of coal and invest more in renewable energy,” Mr Draghi said.

“We also need to make sure that we use available resources wisely, which means that we should become able to adapt our technologies and also our lifestyles to this new world.”

His message was echoed by Britain’s Prince Charles, who warned that “it is quite literally the last-chance saloon.”

“It is impossible not to hear the despairing voices of young people who see you as the stewards of the planet, holding the viability of their future in your hands,” Charles said.

According to the communique, the G20 reaffirmed past commitments by rich countries to mobilise US$100 billion ($133 billion) annually to help poorer countries cope with climate change, and committed to scaling up financing for helping them adapt. 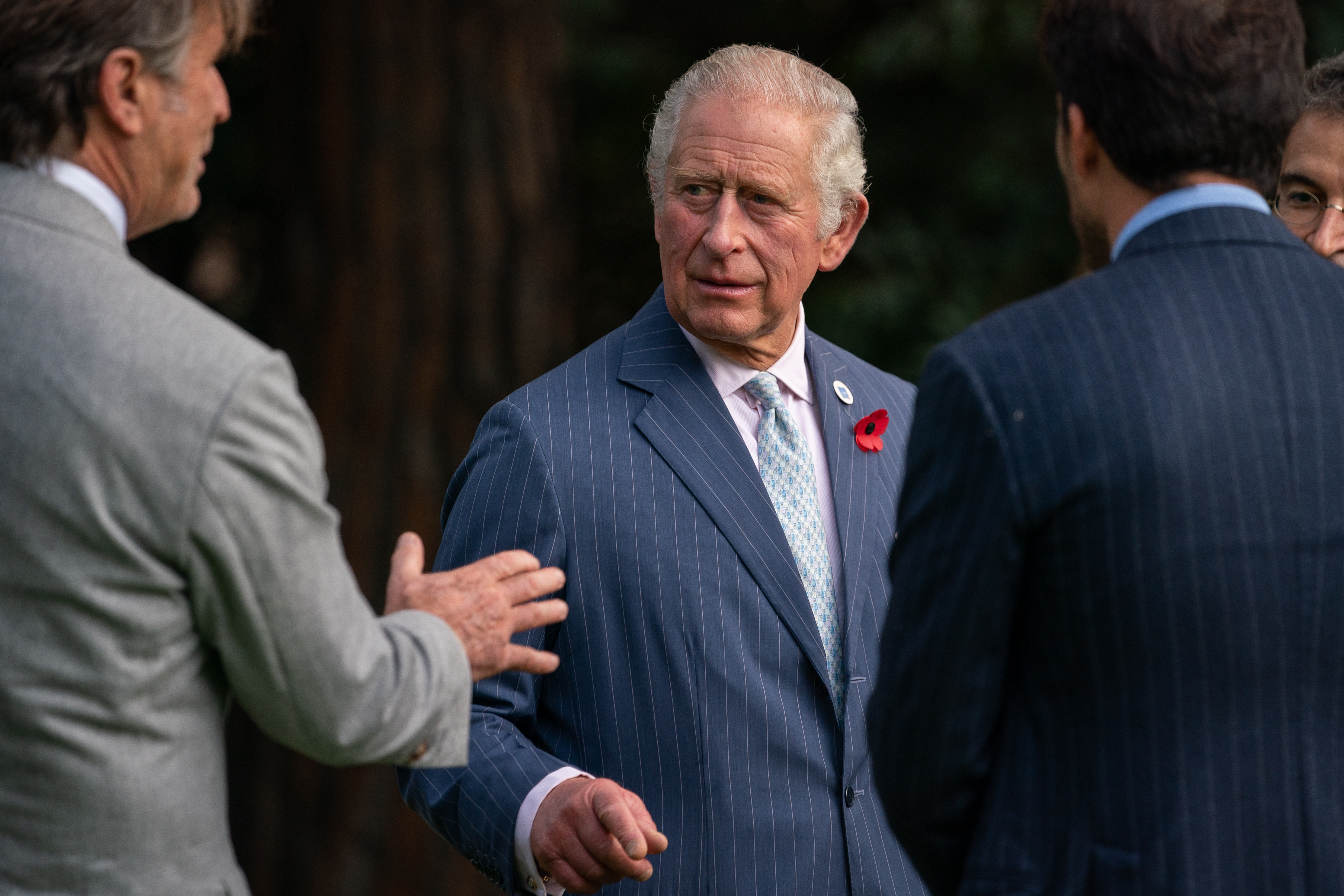 A key sticking point remained the deadline for nations to reach carbon neutrality — net zero emissions — meaning a balance between greenhouse gases added to and removed from the atmosphere.

British Prime Minister Boris Johnson had wanted every G20 member to commit to net zero by 2050.

Going into the summit, however, Italy had all-but conceded it would only be able to secure commitments to reach net zero emissions “by mid-century” rather than a specific year.

The final communique appeared even weaker, “acknowledging the key relevance of achieving global net-zero greenhouse gas emissions or carbon neutrality by or around mid-century.”

A French official said the non-specific wording reflected the aim to affirm a common goal while providing flexibility to address “the diversity of the G20 countries” — especially China and India, as well as Indonesia.

Australia, the US and the European Union have set 2050 as their deadline for net zero emissions, while China, Russia and Saudi Arabia are aiming for 2060. The leaders of those three countries didn’t come to Rome.

“Why do you believe 2050 is some magic figure?” Russian Foreign Minister Sergey Lavrov asked at a news conference.

“If it is an ambition of the European Union, it is the right of other countries also to have ambitions. … No one has proven to us or anybody else that 2050 is something everyone must subscribe to.”

EXPLAINER: What is COP26 and why does it matter? 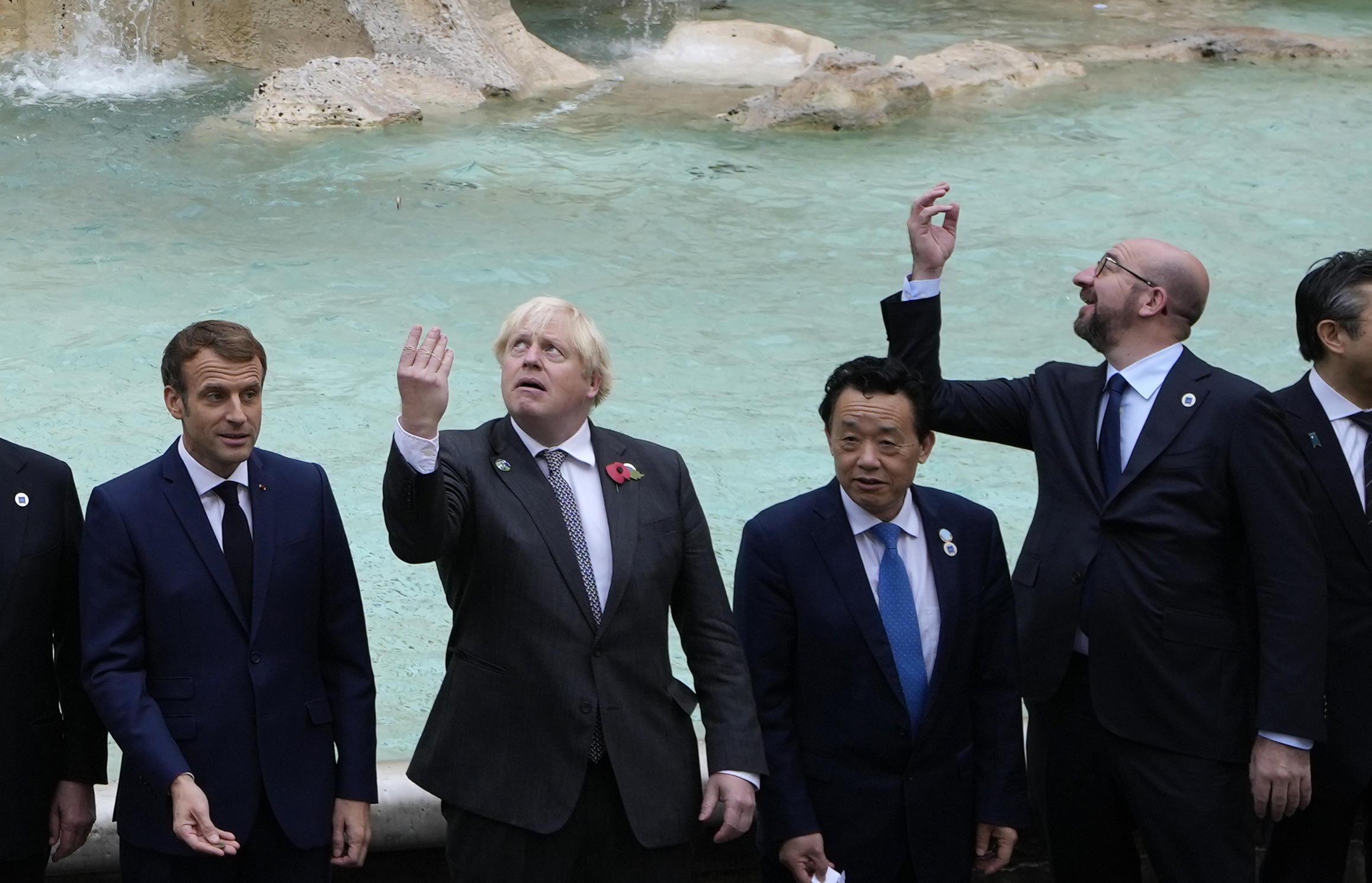 The future of coal, a key source of greenhouse gas emissions, also proved one of the most difficult issues on which to find consensus for the G20.

At the Rome summit, leaders agreed to “put an end to the provision of international public finance for new unabated coal power generation abroad by the end of 2021.”

That refers to financial support for building coal plants abroad. Western countries have been moving away from such financing and major Asian economies are following suit: Chinese President Xi Jinping announced at the UN General Assembly last month that Beijing would stop funding such projects, and Japan and South Korea made similar commitments earlier in the year.

China has not set an end date for building coal plants at home, however. Coal is still China’s main source of power generation, and both China and India have resisted proposals for a G20 declaration on phasing out domestic coal consumption.

The failure of the G20 to set a target for phasing out domestic coal use was a disappointment to Britain.

Mr Johnson’s spokesperson, Max Blain, said the G20 communique “was never meant to be the main lever in order to secure commitments on climate change,” noting those would be hammered out at the Glasgow summit.

John Kirton, director of the G20 Research Group at the University of Toronto, said the leaders “took only baby steps” in the agreement and did almost nothing new. 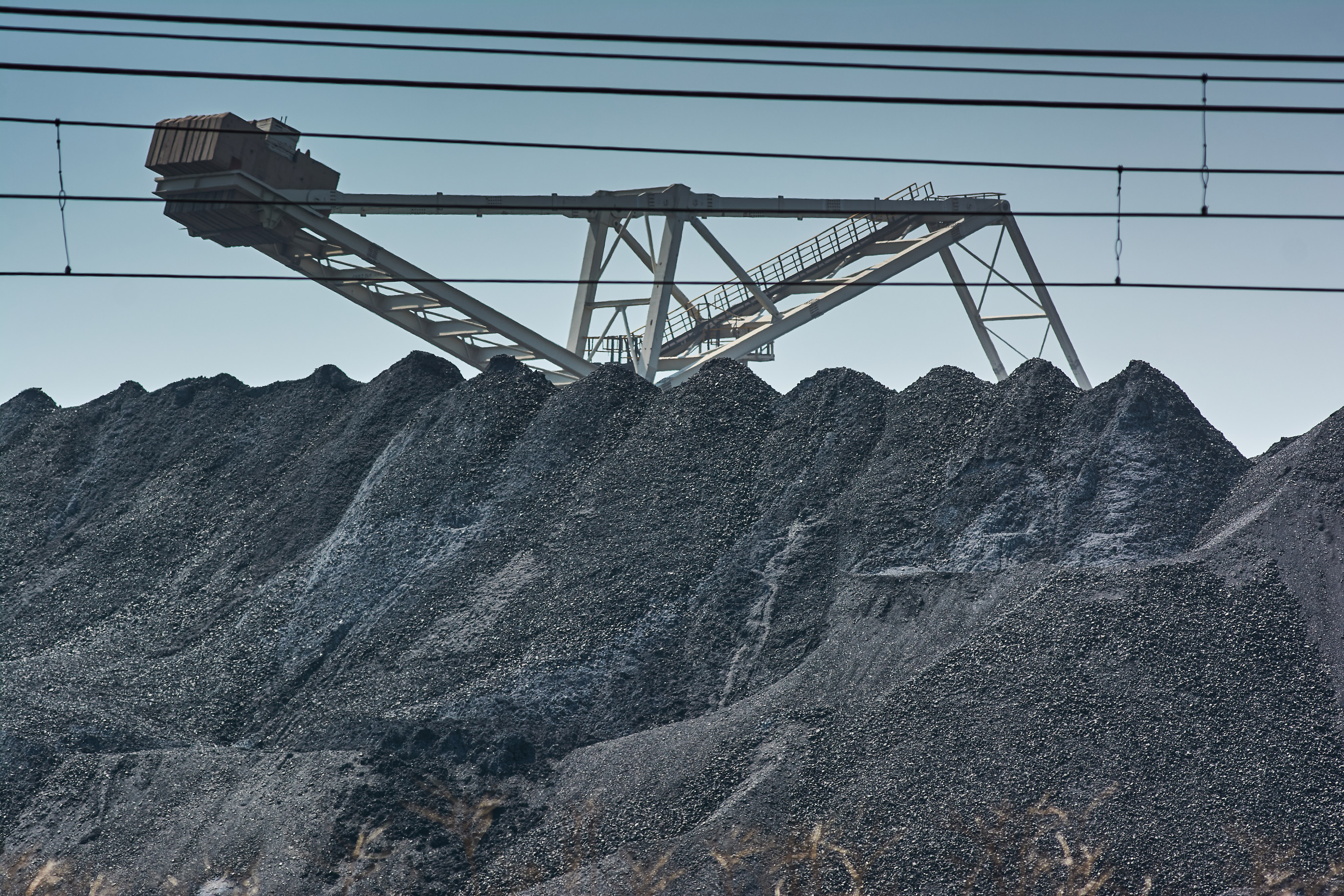 He pointed to the agreement to “recall and reaffirm” their overdue commitment to provide $133 billion in assistance to poorer countries and to “stress the importance of meeting that goal fully as soon as possible” instead of stating that they were stumping up the full amount.

The agreement to end international coal financing “is the one thing that’s specific and real. That one counts,” Professor Kirton said.

Youth climate activists Greta Thunberg and Vanessa Nakate issued an open letter to the media as the G20 was wrapping up, stressing three fundamental aspects of the climate crisis that often are downplayed: that time is running out, that any solution must provide justice to the people most affected, and that the biggest polluters often hide behind incomplete statistics about their true emissions.

“The climate crisis is only going to become more urgent. We can still avoid the worst consequences, we can still turn this around. But not if we continue like today,” they wrote, just weeks after Thunberg shamed global leaders for their “blah blah blah” rhetoric during a youth climate summit in Milan. 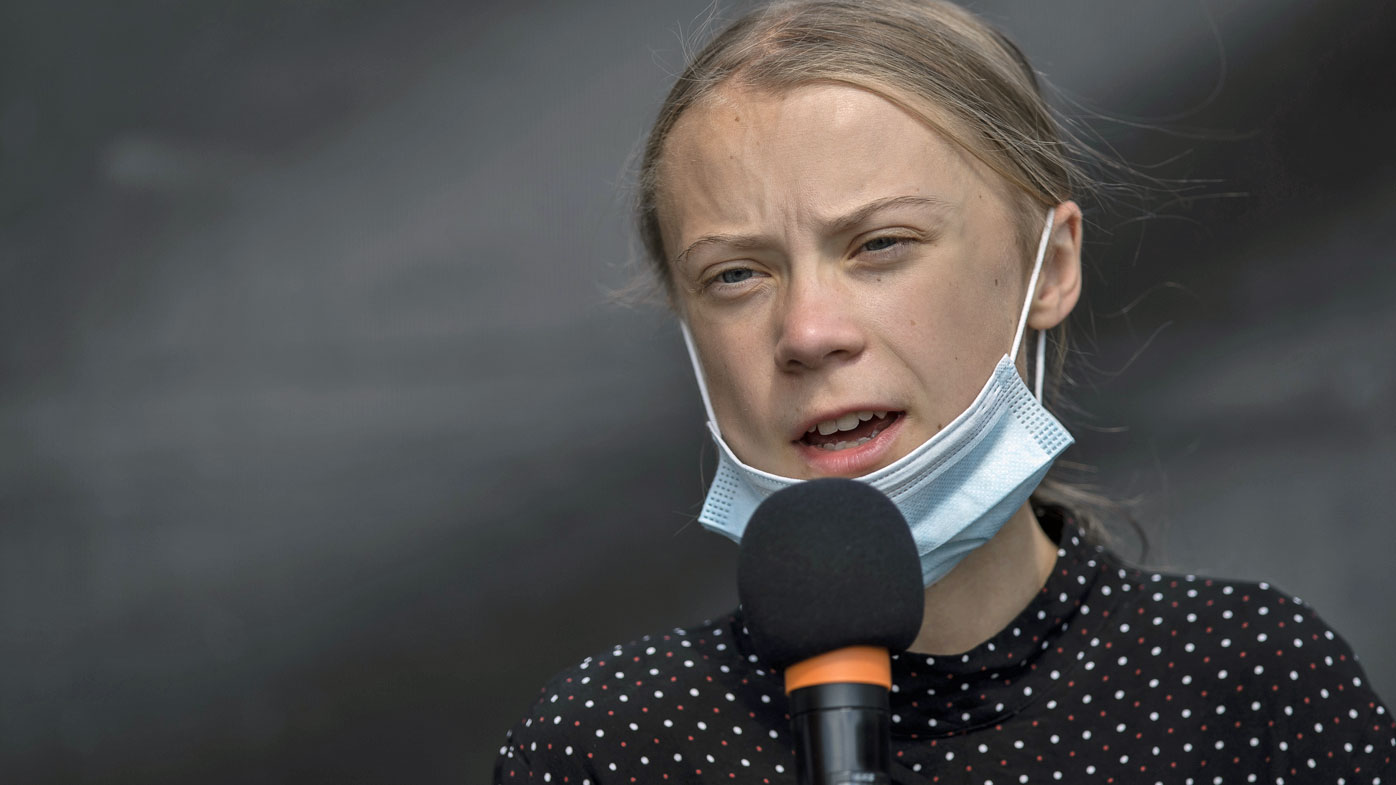 “I think it was a betrayal to young people around the world,” she told The Associated Press on Sunday.

Aside from climate issues, the leaders signed off on a landmark agreement for countries to enact a global minimum corporate tax of 15 per cent.

The global minimum is aimed at deterring multinational companies from dodging tax by shifting profits to countries with ultra low rates, but where the companies may do little actual business.

The leaders also said they would continue work on a French initiative for wealthier countries to re-channel $133 billion in financial support to needier countries in Africa in the form of special drawing rights, a foreign exchange tool used to help finance imports allocated by the International Monetary Fund and also received by advanced countries.

The leaders said they were “working on actionable options” to do that and set the $133 billion figure as a “total global ambition” short of an absolute commitment.

Some US$45 ($59.8 billion) has already been reallocated by individual countries on a voluntary basis.

The commitment reflects concern that the post-pandemic recovery is diverging, with wealthy countries rebounding faster due to extensive vaccination and stimulus spending.