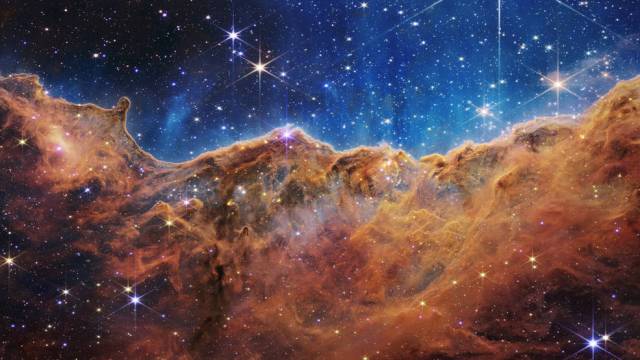 An eminent French scientist has apologised after sharing a picture that he claimed was from the James Webb Space Telescope – but which was actually just a cross-section of a chorizo.

Etienne Klein, a director at France’s Atomic Energy Commission, posted a picture that he claimed showed Proxima Centuri, the closest star to our sun, to social media on Monday.

“This level of detail … a new world is revealed every day”, he enthused in the tweet, seen by more than 90,000 people.

But later this week, he apologised for what he called “a scientist’s joke”, saying he had intended only to remind people to “be wary of arguments from people in positions of authority”.

“I come to present my apologies to those who may have been shocked by my prank, which had nothing original about it,” he tweeted.

With his original chorizo photo, Professor Klein included a lavish description: “Photo of Proxima Centauri, the closest star to the Sun, located 4.2 light-years from us. She was taken by the JWST.”

In a follow-up tweet, he told people to be careful of what they see online.

“When it’s time for the aperitif, cognitive biases seem to have a field day… so watch out for them,” Professor Klein said.

“According to contemporary cosmology, no object belonging to Spanish charcuterie exists anywhere but on Earth.”

But the joke didn’t go down well with everyone – with some Twitter users hitting back at the professor.

“Coming from a scientific research director, it’s quite inappropriate to share this type of thing”, one Twitter user wrote.

After posting his apology, Klein went on to share a different photo from the James Webb Space Telescope, which he insisted was “REAL this time…”

It was a picture of the Chariot Wheel Galaxy and surrounding galaxies. It was “located 500 million light-years away, it was undoubtedly spiral in its past, but took on this strange appearance following a furious galactic pile-up”, he wrote.

The post French scientist sorry for space pic that was really chorizo appeared first on The New Daily.