Police are hunting for four men who drove a car into a home in Sydney’s north-west.

CCTV footage from a home opposite captured the moment the vehicle ploughed into the Glenwood home around midnight.

The driver and passengers of the car fled the scene, leaving a family-of-four to pick up the pieces.

The homeowners and their two children, who asked not to be named, were asleep when the reportedly stolen car ploughed into their two-story house on Crewstview Drive.

“It was like a small bomb, because it was so loud,” one of the residents said.

“You suddenly wake up with a big sound and you don’t know if you’re dreaming or it’s a nightmare.”

Police called the dog squad to the scene in an attempt to find the driver and passengers, who were shown on CCTV fleeing the house immediately after the crash.

“Turns out they could run, yeah, they could definitely run,” said a witness.

READ MORE: Gunman who shot at police on the loose in Melbourne 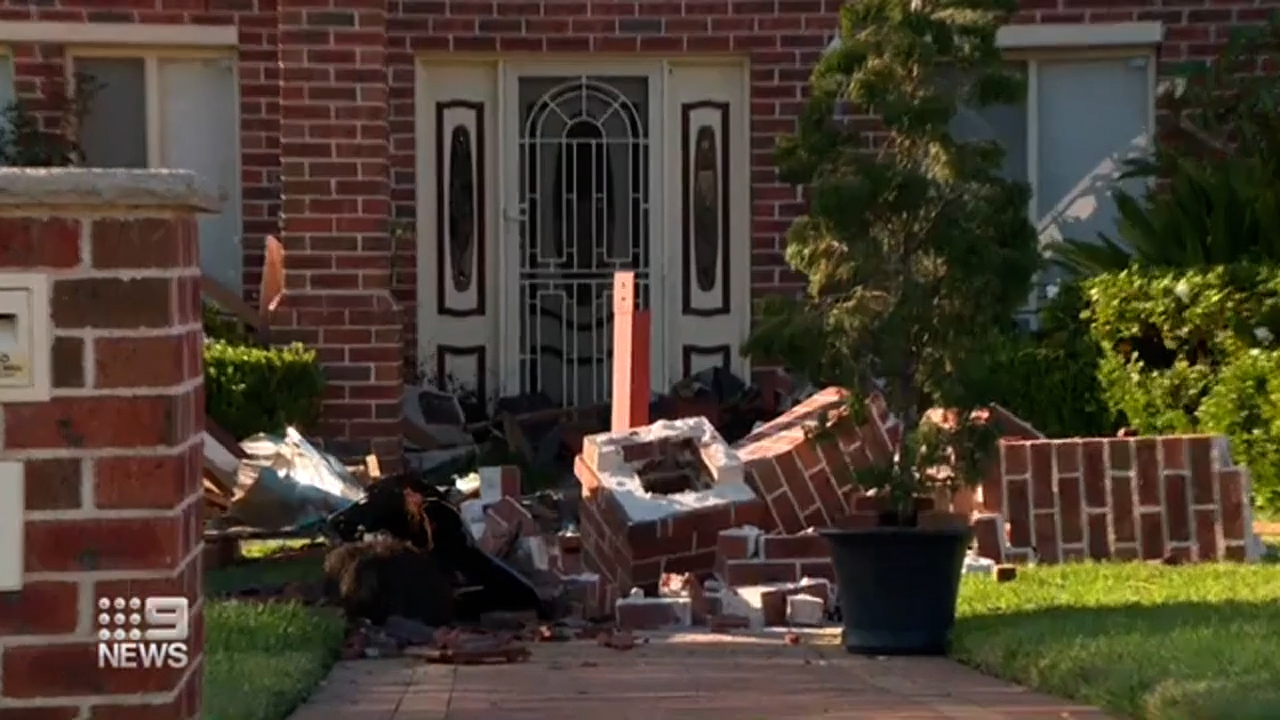 “Hopefully these guys, if not caught, learn their lesson because that is not acceptable,” another said.

Despite the damage to their property, there is a silver lining for the shocked residents: the support they’ve received on the street.

Neighbour after neighbour checking in on the family on Saturday morning, following the crash.