As we near the end of another year, you’d think we’d be at a point where there’d be no new games to really wow us. But then Forza Horizon 5 comes along.

I remember over 10 years ago looking at racing games and thinking “Incredible.” “It’s so realistic!” and “How could they ever get better than this?”

Well, the team at Playground Games have done it (again).

There’s something exciting about a new area to explore and hundreds of cars to drive, this time we’re in the land of extremes, Mexico.

In typical Horizon fashion, the game starts with a bang, showcasing a variety of cars on offer and sending you across the map in style. Cars are being dropped from airplanes and you take the wheel, driving through storms and racing alongside a cargo plane – it’s a spectacle.

You eventually arrive at the latest Horizon festival to hundreds of screaming fans.

Forza Horizon’s developers have learned a lot since Horizon 4, and while there’s nothing particularly new in Horizon 5 that will dramatically change the game, they know exactly what works.

I’ll be honest, real-life car racing simulators are not my forte, and I’m in no way a ‘car person’. I guess you could say I dabbled in the Need for Speed Underground era with a bit of Burnout on the side, but car racing expert… I am not. 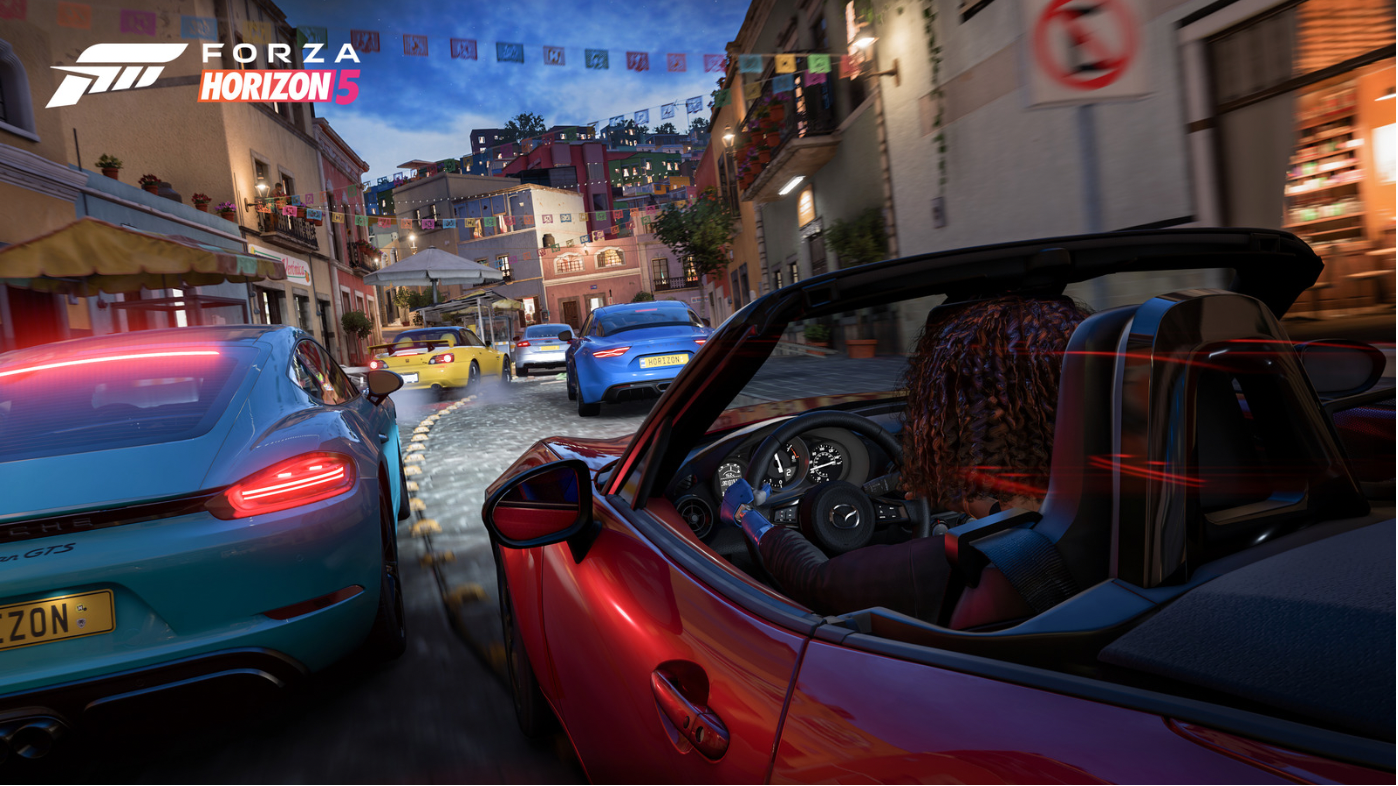 There’s an in-depth difficulty gauge for players of all skill levels. I found myself taking the novice setting at first and I was winning every race. After my sixth perfect win, a popup appeared asking me if I’d like to increase the difficulty, as I was clearly having an easy ride.

It’s features like this, as well as the game’s mammoth accessibility options, that set it above other car racing games.

Much like its predecessor, large, detailed maps and exploration are at the forefront. There’s literally hundreds of icons spread across the huge map pointing out new things to do, the more you progress – the more icons appear.

They’ve really placed a new focus on exploration in Horizon 5, one recurring task is to locate old, rusting cars in barns spread across the map. You’re only given a rough area on where these barns are located.

Searching the mountains or rainforests to find rundown buildings is a highlight – also missions that require you to snap a photo of something specific.

The game has a wonderful photo mode, which is almost expected with current-gen games.

Xbox Series X|S gamers will struggle to notice a huge difference between Horizon 4 and 5 since its next-gen optimisation last year. But comparing Forza Horizon 5 to the original release of Horizon 4 in 2018, it’s clear how far we’ve come.

I spent quite a bit of time switching back and forth between Forza Horizon 4 and 5 to see how different it looked and felt. Thankfully switching between games was headache free thanks to the quick resume feature on the Series X.

In conclusion, the changes between 4 and 5 are minor, but there’s only so much you need to change when you’ve created something so strong initially. 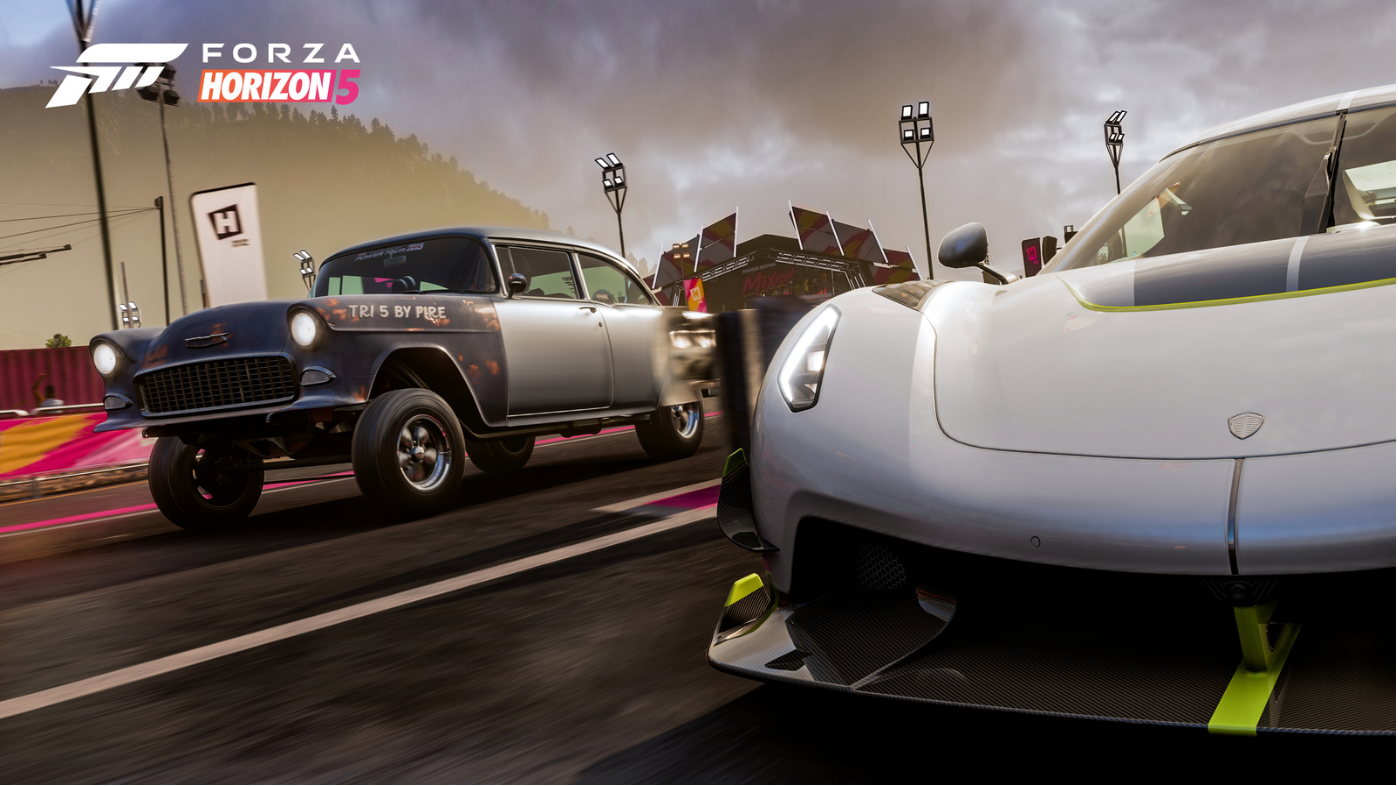 Customising your profile has a couple of new elements to diversify your character, including selecting your pronouns and prosthetics for arms and legs. There are also hundreds of ways to fully customise your cars.

You could spend a hundred hours playing this game and still not see it all. Player made missions are also a bonus, content for this game is theoretically infinite.

Its soundtrack is full of catchy songs, plenty of ‘bangers’ (as the kids say) to hype you up as you cruise through Mexico.

The world of Forza Horizon 5 truly feels alive, the weather is constantly changing, there’s real players driving around you and it’s highly likely the game knows your name – and says it! A nice little touch that’s continued in this latest game.

There’s no pressure to do what the in-game characters are asking you to do. From the beginning you’re equipped enough with a variety of cars to tackle any challenge. It’s this freedom and this structure that launches Horizon 5 to the top of the podium.

Forza Horizon 5 is coming to Xbox Series X|S, Xbox One and PC November 5. It’ll also be available on day one through Xbox Game Pass.

9News was supplied an early review code for the game for the purpose of this review.