Regional grants given against advice 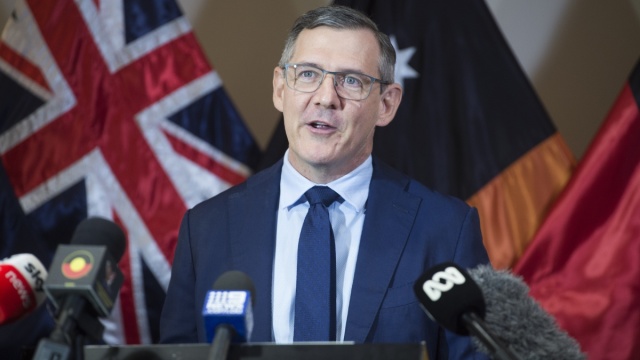 Former Northern Territory chief minister Michael Gunner has quit politics in the Top End after more than a decade.

Mr Gunner has been on the back bench since May when he resigned from the top job, saying it had taken a toll on his health and he wanted to spend time with his family.

The Member for Fannie Bay announced he was standing down in a speech to the NT Legislative Assembly on Wednesday night.

“In May I stepped down as chief minister. Tonight I resigned as the Member for Fannie Bay. The reasons are same: what is best for the people I serve and what is best for my family,” Mr Gunner wrote on Facebook.

“This job, being a member, is one that is and should be all-consuming … I don’t know any other way than going full-on.”

He said “my method was not the healthiest approach” and his heart attack in 2020 was a wake-up call.

“I will miss this place, my fellow members, my friends. (Chief Minister Natasha Fyles) and the team are doing an amazing job. The Territory is in safe hands.

“I will work again. I’m not in a position to retire for life. I have no plans yet and I can’t see myself working again until late this year at the earliest but my priorities are clear.

“My family come first, supporting my wife, raising my boys.”

The 46-year-old’s resignation will spark a by-election in his Darwin seat, which he has held since 2008.

He led Labor to a landslide victory in 2016 before his government was returned easily in 2020, partly on the back of its handling of the COVID-19 pandemic.

Mr Gunner attributed his decision to quit as chief minister in May to the birth of his second son, Nash, and wanting to spend more time with his family.

He also said a heart attack in 2020 and the pandemic had taken a toll and he was tired.