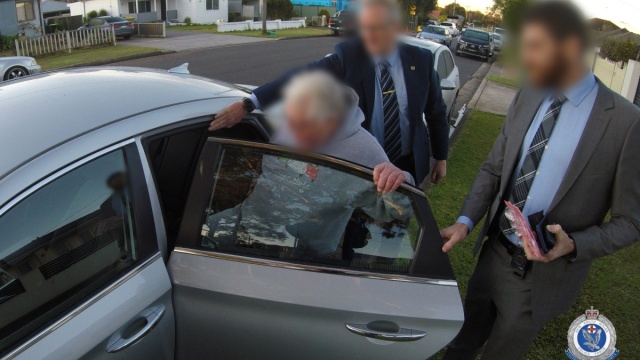 Former Australian swimming coach Dick Caine has been charged with sexually abusing teenage girls he trained in Sydney’s south more than 40 years ago.

Caine, 76, was arrested at a home in Condell Park early on Wednesday.

Acting Superintendent Chris Nicholson confirmed a man had been charged with nine offences in relation to girls who were 15 and 16.

“We will allege that these offences occurred in a number of locations in and around the southern Sydney area in the mid-1970s,” Acting Superintendent Nicholson said.

“These allegations are very serious … and the investigation remains ongoing.

“I’d also like to acknowledge the courage and the bravery of the victims who have come forward.

“It is never easy for a victim of sexual violence to come forward and tell their story to police,” he said

NSW Police began investigating in January 2021 after receiving information about multiple sexual and indecent assaults of a teenage girl at a swimming school at Carss Park in the 1970s.

Kings Cross detectives established Strike Force Coco and uncovered allegations of sexual abuse of another teenage girl at the same school, also in the 1970s.

Acting Superintendent Nicholson said police would allege the incidents occurred “in a number of locations in and around the southern Sydney area in the mid-1970s”.

Caine is recognised as one of Australia’s most successful swimming coaches. He was inducted into the Australian Marathon Swimming Hall of Fame earlier this year.

Cain was refused bail and will appear in Bankstown Local Court later on Wednesday.