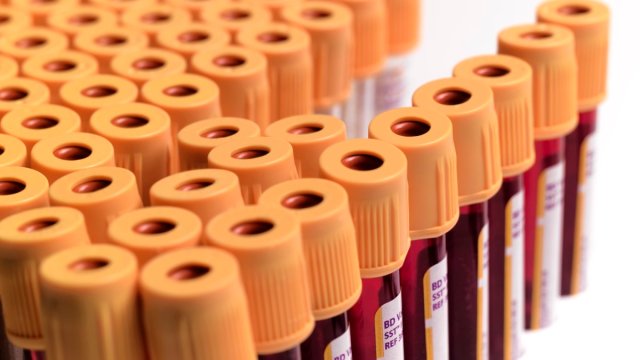 Unborn babies are being fed toxic “forever chemicals” in utero through the umbilical cord, a recent study has found.

Harmful chemicals, known as PFAS, were found in every umbilical cord blood sample tested in 40 studies over the past five years, according to a new review of scientific literature from around the world.

“Even before you’ve come into the world, you’re already exposed to PFAS,” researcher Uloma Uche said.

University of Newcastle Professor Ravi Naidu said that given the ubiquity of PFAS chemicals, it is “unsurprising” that PFAS have been detected in the umbilical cord and, therefore, in unborn babies.

What are PFAS chemicals?

Per- and poly-fluoroalkyl substances (PFAS) come in a wide variety and are prized for their ability to repel heat, water and stains.

PFAS have been used since the 1940s in industrial and consumer goods.

They can be found in a range of products, from non-stick cookware and food packaging to cosmetics, hair products, paints, sealants and stain-resistant fabrics and carpets.

PFAS have been used in fire-fighting foams due to their heat resistance.

A 2020 study identified PFAS across 200 different use categories.

“The thing about PFAS is that it’s present everywhere,” Professor Naidu said.

“Inside your house, your carpet, the clothes you wear, the cooking utensils you use … we have all been forever exposed.”

What’s so bad about PFAS?

PFAS are also known as “forever chemicals” because they don’t easily break down in the environment.

They are often toxic and can build up in plants, including crops, and in the bodies of animals, including humans.

Scientists suspect PFAS may cause cancer, congenital disabilities, liver disease, kidney disease, and decreased immunity, but research has been inconclusive.

Victoria’s chief environmental scientist Professor Mark Taylor says the risk of illness may vary based on the concentration and exposure individuals have to a specific PFAS contaminant.

“With many of these chemicals there is an unknown effect at low concentrations. That is an area of concern,” he said.

“However, the evidence that is available at the present time suggests that the ultra-low levels are less of a concern.

“It’s the people who’ve been exposed to high levels, particularly in occupational activities, who we should be significantly concerned about.”

According to Australia’s PFAS health panel, there are “fairly consistent reports of an association with several health effects” while noting they are “generally small and within normal ranges for the whole population”.

It says there is no evidence suggesting an increase in overall cancer risk.

“They travel on the wind, in water, attached to soil particles, in dust, in plastic fragments, in wildlife, in food, drink and trade goods, in and on people,” Cribb said.

“They combine and recombine with one another, and with naturally occurring substances, giving rise to generations of new compounds, some more toxic, others less so. Most totally unknown.

“They leapfrog around the planet in cycles of absorption and re-release known as the grasshopper effect.”

How does PFAS get into our bodies?

PFAS can be absorbed through the skin, ingested via drinking contaminated water or food, and swallowed or breathed in as they break off from products.

It’s thought that Australians generally have at least three types of PFAS in their bodies.

“Every individual, if you take their blood … you’ll find dozens of PFAS chemicals in their system,” Professor Naidu said.

Dr Uche told The Guardian: “The presence of these chemicals is also a threat to pregnant people, serving as first contacts with PFAS before they can pass from the uterus to the developing foetus by way of the umbilical cord.”

According to the study, health problems caused by PFAS in umbilical cord blood include “higher total cholesterol and triglycerides in babies and changes in their bodies’ bile acids, which show a higher risk of cardiovascular problems later in life”.

“PFAS in cord blood is also associated with disruptions among newborns in relation to their thyroid function, microbial cells in the colon and growth,” the review says.

The findings are troubling because foetuses are “more vulnerable to these exposures because their developing bodies don’t have the mechanisms to deal with the chemicals”, Dr Uche said.

Once in a person’s body, PFAS levels drop by half in two to nine years, depending on the study, even if no more is absorbed or ingested.

What can be done?

Professor Taylor says people can limit the amount of PFAS they acquire by living as natural a life, and using as many natural products, as possible.

“It’s difficult to avoid it. But where possible, make choices that are more natural and think about and look at the products you’re buying,” he said.

Professor Naidu says the first thing people should do to limit their exposure is to review their household utensils.

“Every time you purchase something, make sure it is clearly stated that it is non-PFAS,” he said.

The federal government has just released the third version of its national plan to manage environmental risks in Australia.

The draft opens with an acknowledgement of the PFAS family’s unusual chemical properties, of the “uncertainties associated with potential risks”, and the need for precaution.

The purpose of the document is to provide practical guidance on the management of PFAS, with a focus on preventing and managing contamination.

The Australian Government PFAS Taskforce advises that methods for reducing exposure to PFAS vary across the country.

Its website directs people to contact the health authority in their state or territory for localised information.