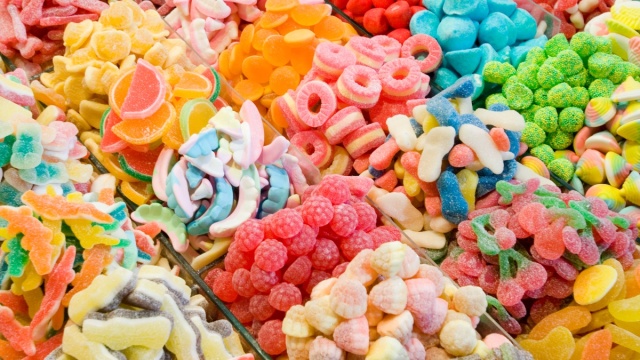 Humans have an evolutionary preference for sweetness. Sweet foods, like fruit and honey, were an important energy source for our ancestors.

However, in the modern world, sweetened foods are readily available, very cheap and advertised extensively.

Now, we are consuming too much sugar in foods and drinks – the kind that is added rather than sugar that is naturally occurring.

Consuming too much added sugar is bad news for health. It is linked to obesity, type 2 diabetes and tooth decay.

Because of these health concerns, manufacturers started using non-nutritive sweeteners to sweeten food as well.

These sweeteners contain little to no kilojoules and include both artificial sweeteners, such as aspartame, and those that come from natural sources, such as stevia.

Our research, published on Friday, shows the amount of added sugars and non-nutritive sweeteners in packaged foods and drinks has grown a lot over the past decade.

This is especially true in middle-income countries, such as China and India, as well as in the Asia Pacific, including Australia.

From lollies to biscuits to drinks

Using market sales data from around the globe, we looked at the quantity of added sugar and non-nutritive sweeteners sold in packaged foods and drinks from 2007 to 2019.

We found per person volumes of non-nutritive sweeteners in drinks is now 36 per cent higher globally. Added sugars in packaged food is 9 per cent higher.

Non-nutritive sweeteners are most commonly added to confectionery.

Ice creams and sweet biscuits are the fastest-growing food categories in terms of these sweeteners.

The expanding use of added sugars and other sweeteners over the past decade means, overall, our packaged food supply is getting sweeter.

Our analysis shows the amount of added sugar used to sweeten drinks has increased globally.

It is recommended men consume less than nine teaspoons of sugar a day, while women should have less than six. However, because sugar is added to so many foods and drinks, over half of Australians exceed recommendations, eating an average of 14 teaspoons a day.

The shift from using added sugar to sweeteners to sweeten drinks is most common in carbonated soft drinks and bottled water.

The World Health Organisation is developing guidelines on the use of non-sugar sweeteners.

There is a difference in added sugar and sweetener use between richer and poorer countries.

The market for packaged food and beverages in high-income countries has become saturated.

To continue to grow, large food and beverage corporations are expanding into middle-income countries.

Our findings demonstrate a double standard in the sweetening of the food supply, with manufacturers providing less sweet, “healthier” products in richer countries.

To reduce the health harms of high-added sugar intakes, many governments have acted to curb their use and consumption.

Sugar levies, education campaigns, advertising restrictions and labelling are among these measures.

But such actions can encourage manufacturers to partially or completely substitute sugar with non-nutritive sweeteners to avoid penalties or cater to evolving population preferences.

In our study, we found regions with a higher number of policy actions to reduce sugar intakes had a significant increase in non-nutritive sweeteners sold in drinks.

Why is this a problem?

While the harms of consuming too much added sugar are well known, relying on non-nutritive sweeteners as a solution also carries risk.

Despite their lack of dietary energy, recent reviews suggest consuming non-nutritive sweeteners may be linked with type 2 diabetes and heart disease and can disrupt the gut microbiome.

And because they are sweet, ingesting non-nutritive sweeteners influences our palates and encourages us to want more sweet food.

This is of particular concern for children, who are still developing their life-long taste preferences. Additionally, certain non-nutritive sweeteners are considered environmental contaminants and are not effectively removed from wastewater.

Non-nutritive sweeteners are only found in ultra-processed foods.

These foods are industrially made, contain ingredients you would not find in a home kitchen, and are designed to be “hyper-palatable”. Eating more ultra-processed foods is linked with more heart disease, type 2 diabetes, cancer and death.

Ultra-processed foods are also environmentally harmful because they use significant resources such as energy, water, packaging materials and plastic waste.

Foods that contain sweeteners can receive a “health halo” if they don’t contain sugar, misleading the public and potentially displacing nutritious, whole foods in the diet.

When making policy to improve public health nutrition, it is important to consider unintended consequences.

Rather than focusing on specific nutrients, there is merit in advocating for policy that considers the broader aspects of food, including cultural importance, level of processing and environmental impacts. Such policy should promote nutritious, minimally processed foods.

We need to closely monitor the increasing sweetness of food and drinks and the growing use of added sugars and non-nutritive sweeteners.

It is likely to shape our future taste preferences, food choices and human and planetary health.

The post Food and drinks are getting sweeter. Even if it’s not all sugar, it’s bad for our health appeared first on The New Daily.