Covid positive cases top 8000 on way to the peak

The seasonal version of the H1N1 flu virus circulating today may have a far more sinister origin than first thought, with researchers saying it could be a direct descendant of the 1918 Spanish Flu strain that killed up to 100 million people.

Tiny lung fragments from people who died in the catastrophic 1918 pandemic, which wiped out millions, provided the crucial scientific clues, they said in a study.

Genes taken from the lungs of those killed more than 100 years ago, when mapped against the current H1N1 strain, suggested a genomic ancestor to our now-yearly flu, the team of international researchers found.

READ MORE: One man dead, another fighting for life after Sydney gym shooting

Scientists analysed 13 lung specimens collected from different people between 1901 and 1931 and carefully stored in historical archives of museums in Germany and Austria.

The century-old specimens included six samples taken from Spanish Flu victims in 1918 and 1919, during the peak of the killer pandemic.

In the peer-reviewed study published on Wednesday in Nature Communications, researchers conducted molecular clock modelling, a method which allows evolutionary timescales to be estimated, and suggested that all genomic segments of the seasonal H1N1 flu could be directly descended from the initial 1918 pandemic strain.

This finding, scientists said, contradicted earlier thinking that H1N1 emerged through a process of reassortment, a phenomenon which involves the exchange of genomic segments between different viruses.

The H1N1 virus, once commonly referred to as swine flu, caused a flu pandemic in 2009.

In 2009, the global population had little immunity to H1N1 because it was new. The World Health Organisation estimating 100,000 to 400,000 died from the pandemic that year.

As the virus continued to circulate in people in Australia and around the world, it became a seasonal human flu virus.

The 1918 Spanish Flu caused the largest global pandemic catastrophe in the last century.

It had similarities to COVID-19, in that the virus spread worldwide, but the 1918 flu strain was far more deadly than the coronavirus, which emerged from Wuhan in China.

Spanish Flu peaked in the northern hemisphere autumn of 1918 and continued through the winter of 1919.

It is believed the virus reached Australia in 1919, causing up to 15,000 deaths, and infecting between between one-quarter and one-third of all Australians.

Australia's population at the time was about five million.

While young children and the elderly were severely affected, the 1918 pandemic caused exceptionally high mortality in healthy people aged 20-40. 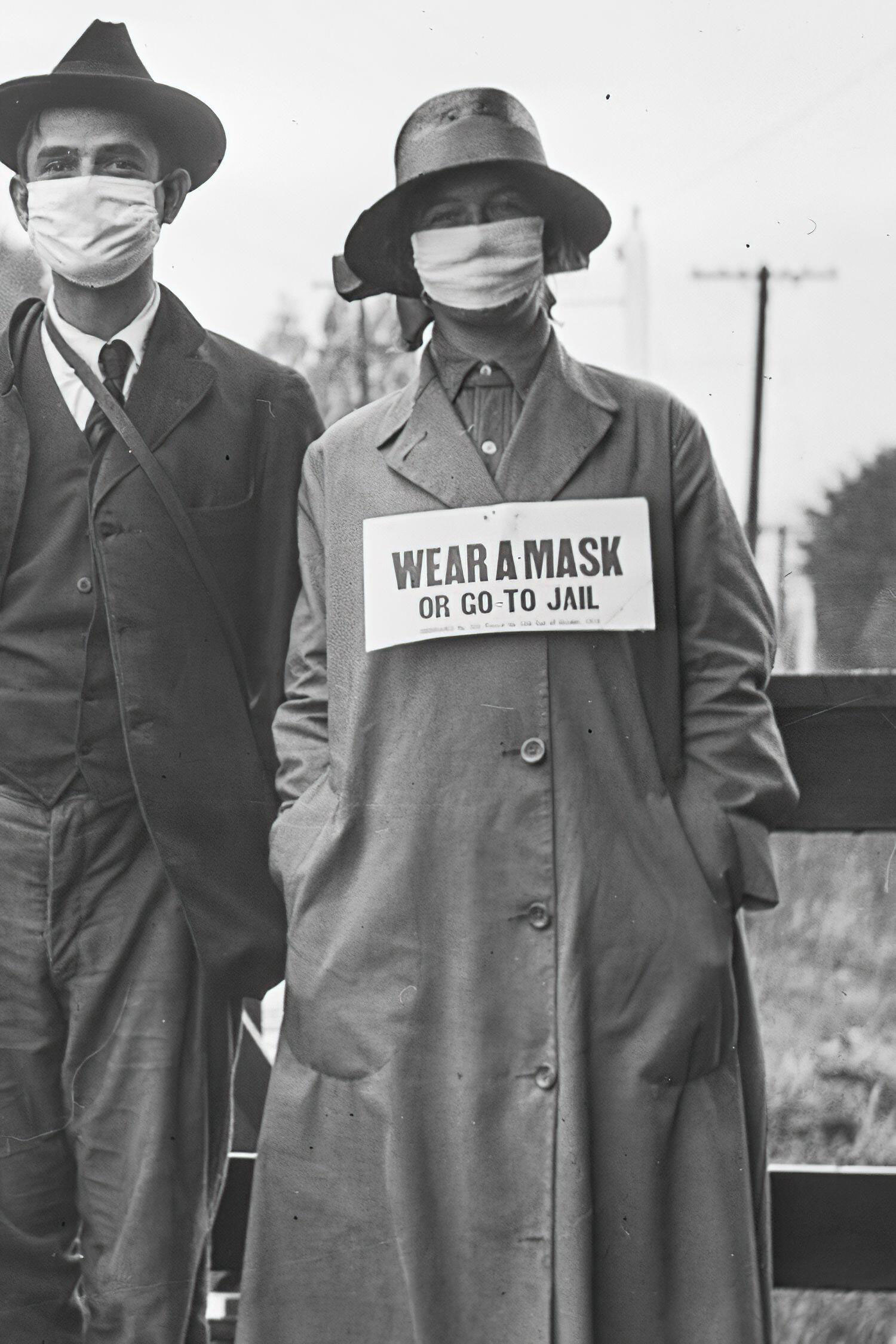 Australia's dramatic two-year drop in influenza cases is well and truly over, with cases roaring back in April, particularly in the eastern states.

"We've had an eight-fold increase from March to April," Professor Ian Barr, Deputy Director of the WHO Collaborating Centre for Reference and Research on Influenza, told 9news.com.au.

Lab-confirmed cases, which generally under-represent the reality, rose from 512 in March to 4663 in April.

"It's quite a lot of influenza for this time of year," Barr said.

"Normally, we don't see start to see these sort of rises for another month or so."

New South Wales, which leads Victoria and Queensland on April cases, should brace for a significant epidemic outbreak to hit this winter, he said.