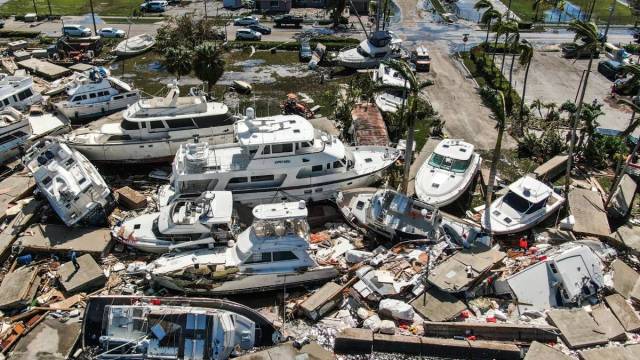 There are fears hundreds could be dead as rescuers respond to the historic destruction wreaked by the powerful Category 4 Hurricane Ian across southwest Florida.

President Joe Biden Biden declared a major disaster and said it could be the deadliest hurricane in Florida’s history.

“Numbers are still unclear, but we’re hearing early reports of what may be substantial loss of life … I spoke with the commissioners and they are worried.”

Authorities said 2.6 million people were without power, and thousands have sought rescue.

The now tropical storm is moving across Florida and is expected to strengthen back into a hurricane before it makes landfall in South Carolina on Friday (local time).

Lee County Sheriff Carmine Marceno is quoted as saying there could be fatalities in the hundreds.

However in a later news conference, Florida Governor Ron DeSantis cautioned there was no confirmation at that stage.T

The extent of deaths and injuries was unclear as rescue workers were only starting to respond to calls after not being able to go out during the treacherous conditions.

As of Friday morning (Australian time), six fatalities have been confirmed in Charlotte County, Florida. 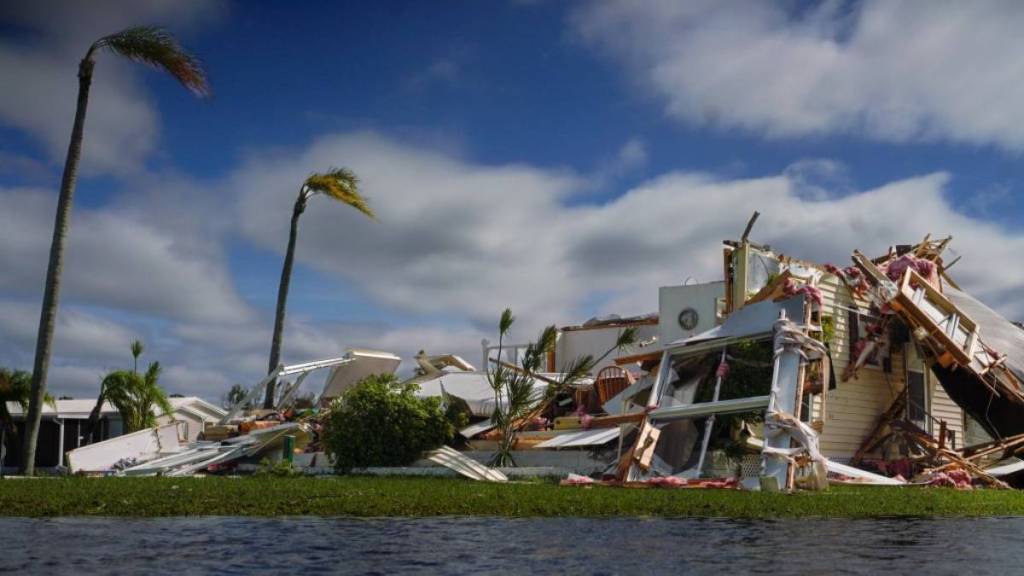 “We have all of our crews out now, assessing damage, doing search and rescue,” Charlotte County Commissioner Chris Constance told CNN,

“It’s the biggest catastrophe I have ever seen in my lifetime.”

He did not have any more information on the number still unaccounted for.

In awe of Hurricane Ian's display of power as it approaches Florida.

Earlier, a 72-year-old man was found dead in water in a canal behind his home in Deltona near Daytona Beach.

A statement from the Volusia County Sheriff’s office said he appeared to be using a hose to drain his pool into the wide canal and fell down an incline that was “extremely soft and slippery due to the heavy rain.

Emergency crews sawed through toppled trees to reach people in flooded homes, but with no electricity and virtually no mobile phone service, it was impossible for many people to call for help.

The National Hurricane Centre said Ian became a tropical storm over land early Thursday and was expected to regain near-hurricane strength after emerging over Atlantic waters near the Kennedy Space Centre later in the day, with South Carolina in its sights for a second US landfall.

Emergency crews have taken to helicopters and boats to rescue residents of Florida’s Gulf Coast stranded by floodwaters, downed power lines and piles of debris.

Governor DeSantis said that Lee and Charlotte counties, home to more than 900,000 people, were “basically off the grid”.

“The impacts of this storm are historic and the damage that was done was historic,” Governor DeSantis said during a news briefing.

There were two unconfirmed storm-related fatalities, he said.

28 helicopters were performing water rescue and the bridge to Sanibel Island – a barrier island on the Gulf coast – was severely damaged and impassible.

Residents in hard-hit areas like Venice, located in Sarasota County about 120km south of Tampa, hunted for family and friends while rescue crews worked to reach people trapped in flooded homes.

Kurt Hoffman, sheriff of Sarasota County, told residents in a Twitter post that there were more than 500 calls for help.

“Sit tight, we know many of you need help,” Hoffman wrote.

The search for loved ones was made more difficult as mobile phone services were often cut.

“A lot of down trees, a lot of flooding everywhere. We are trying to get a hold of my daughter,” Terri Byrd said in a vehicle in a Walmart parking lot trying to get mobile service after spending the night at a primary school in Venice.

Across the region, officials and residents spent the morning assessing the damage.

In Punta Gorda, a town directly in the hurricane’s path, trees, debris and power lines covered roadways although many buildings remained standing, having withstood the storm’s onslaught better than many had feared.

“I was like ‘Please stop already, just stop.’ And it kept going and going.”
Ian, now a tropical storm, slackened as it trekked across Florida but was still producing strong winds, heavy rains and storm surge, including in Georgia, South Carolina and North Carolina, the US National Hurricane Center said.

US President Joe Biden said that he will travel to the state when conditions allow.

The post Fears of ‘substantial loss of life’ as Florida hurricane builds back up for a second hit appeared first on The New Daily.