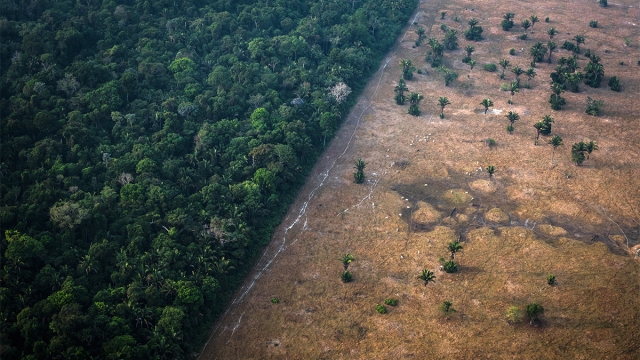 The outcome of Brazilian presidential elections don’t normally dominate news around the globe, but whoever becomes the South American nation’s next leader could influence the world’s future.

After the first round of Brazil’s presidential race resulted in no clear winner, voters will head back to the polls later this month for a runoff election.

The outcome is widely regarded as the most crucial vote in decades for Latin America’s largest nation – home to the Amazon rainforest – and the results could have profound consequences for the rest of the world.

The left-wing, former union leader rode a commodities boom to power and left office as one of the nation’s most well-liked politicians.

Lula’s popularity faded when the economy tanked under his successor’s supervision.

He was imprisoned amid a significant corruption investigation.

Later, his convictions were overturned for procedural reasons, allowing the 76-year-old to resume his political career.

Jair Bolsonaro, 67, came to power in 2018, running on a campaign against corruption and pledging to destroy “old politics”.

Mr Bolsonaro is well known outside of Brazil for resisting steps to contain the COVID-19 outbreak, and criticising developed countries for their disapproval of his environmental policies.

Between August 1, 2019, and July 31, 2021, under Mr Bolsonaro’s watch, more than 34,000 square kilometres disappeared from the Amazon. That’s an area larger than the entire nation of Belgium.

How the election played out

On Sunday, roughly 120 million eligible voters went to the polls.

President Bolsonaro defied pollsters and analysts by outperforming forecasts in the election’s first round.

Lula was favoured by pollsters, but failed to secure the 50 per cent plus one vote threshold needed to be elected.

A second-round vote will take place on October 30.

There has never been a case where the candidate who was second place in the first runoff went on to win the election.

Once elected, the new president will be sworn in on January 1.

“The struggle continues until our final victory,” Lula told media and reporters after the election result.

“We are going to win these elections – this for us is simply extra time.

“It’s like destiny likes me having to work a bit more. I am absolutely certain that divine justice will allow us to win these elections to recover the dignity of the Brazilian people.”

Mr Bolsonaro had claimed for months that the polls were underestimating his support.

“He clearly outperformed, and that’s a big surprise,” Eric Farnsworth, vice-president of the Council of the Americas told Al Jazeera.

“The polls proved to be incorrect in Brazil.”

Both men are polarising figures.

The left sees Mr Bolsonaro as a dangerous threat to democracy: Conservatives view Lula as a corrupt criminal who undermined the country’s institutions.

Experts have expressed concerns about the ongoing rise of populism and its potential threat to global democratic stability should Mr Bolsonaro win the election.

Brazil has a close relationship with Australia when it comes to the G20 and the country is on the cusp of becoming a member of the OECD, now led by Australian Mathias Cormann.

“I think there’s a chance of an even better relationship between Brazil and Australia if Lula wins … there is a lot more of an ideological overlap between Lula and Albanese than there is between Albanese and Bolsonaro,” said Dr Deborah Barros Leal Farias, senior lecturer of politics and international relations at the University of New South Wales.

The future of the Amazon rainforest in Brazil may depend on the presidential election.

The Amazon is the world’s largest rainforest, with 60 per cent of its areas inside Brazil.

Its destruction threatens the Earth’s climate as it helps keep tens of billions of tonnes of carbon dioxide out of the atmosphere.

The Amazon has experienced increasing levels of deforestation and mining under President Bolsonaro.

There have also been reports of violence against environmental activists and Indigenous people.

Mr Bolsonaro believes the rainforest should be opened up to mining and agriculture and has supported weaker environmental protections.

If elected president, Lula has pledged to stop deforestation by enforcing and protecting existing restrictions.

“The Amazon is in the interests of humanity’s survival and, therefore, everyone has a responsibility to help take care of the Amazon,’’ he told reporters recently.

There is concern that Mr Bolsonaro will not accept the election results if he loses.

Mr Bolsonaro has attacked Brazil’s electronic voting system as rife with fraud, despite little evidence to support such claims.

He has told his tens of millions of supporters to prepare for a fight.
“If need be we will go to war,” he said in a recent speech.

Despite these concerns, Brazilian authorities, including judges, military generals and diplomats, have said that Mr Bolsonaro lacks institutional support to stage a coup.

US Secretary of State Antony Blinken posted a tweet stating the US was confident the runoff would be conducted in the same “spirit of peace and civic duty” as Sunday’s vote.

The post Fate of the Amazon in the balance as Brazil’s presidential race heads to a runoff appeared first on The New Daily.